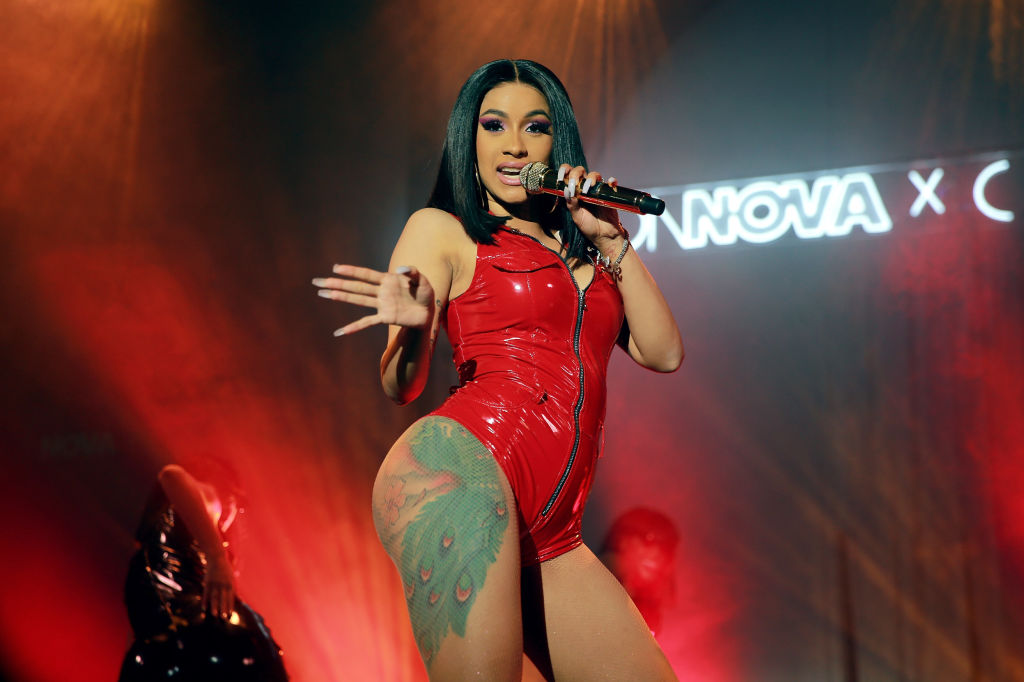 Two months after debuting her first single for 2020, Cardi B admits that she finds "WAP" songs lyrics too vulgar even if it became a major hit to the listeners.

"WAP," which is an abbreviation of the term "wet as* p*ssy," talks about sexual empowerment and included more than 40 curse words. Even WAP's official music video leads to some raunchy TikTok dance trend, imitating hot twerking moves.

Despite the explicit lyrics, the sex-positive anthem made history as it debuted at No.1 on Billboard Hot 100 and was streamed 93 million times during the first week of launch in August 2020.

In a recent interview, Cardi B confessed that she sometimes finds "WAP" lyrics too vulgar, just like how conservative listeners see it.

The 28-year-old rapper recently revealed to Vevo's "Footnotes" that at first, she had hesitations on the foul language on her and Megan Thee Stallion's hit song. She even tried to ask help from fellow rappers to improve the lyrics but to no avail.

"I just had like an original hook to 'WAP,' and I didn't really like it," Cardi B said.

"I sent it to some female artists to see if they could do the hook, they couldn't really do it, and I started playing around again with the hook and was like, 'You know what? I'm just going to keep it like that,'" she added.

Cardi B ended up sticking to the original lyrics, which she really wanted but just found it too vulgar for the listeners.

When it comes to WAP's official music video, Cardi B said her favorite part is her and Megan Thee Stallion's solo shots.

"I really liked my solo, I like both solos because I just really thought, and I knew that it was gonna be so fire. A room completely covered with cheetah," the rapper said.

"I originally wanted Megan to have a spider on her head; I don't know why, I just thought it was gonna be so beautiful," talking about Megan's solos covered in tiger stripes.

At the height of WAP's popularity in August, Cardi B claps back on haters condemning those criticizing the foul language used on the song.

Speaking to the "Kyle & Jakie O" radio show, the rapper shuts down critics with three words: "It's for adults."

Cardi claims that people bothered by her song are conservative and "fake religious people."

"I grew up listening to this type of music, so to other people, it might be strange and vulgar, but to me, it's almost really normal," Cardi B said.

She said that the song was not meant for children in the first place and would not even allow her 2-year-old daughter, Kulture, to hear it.

"It's like, no, of course, I don't want my child to listen to this song and everything, but it's like, it's for adults," Cardi noted.