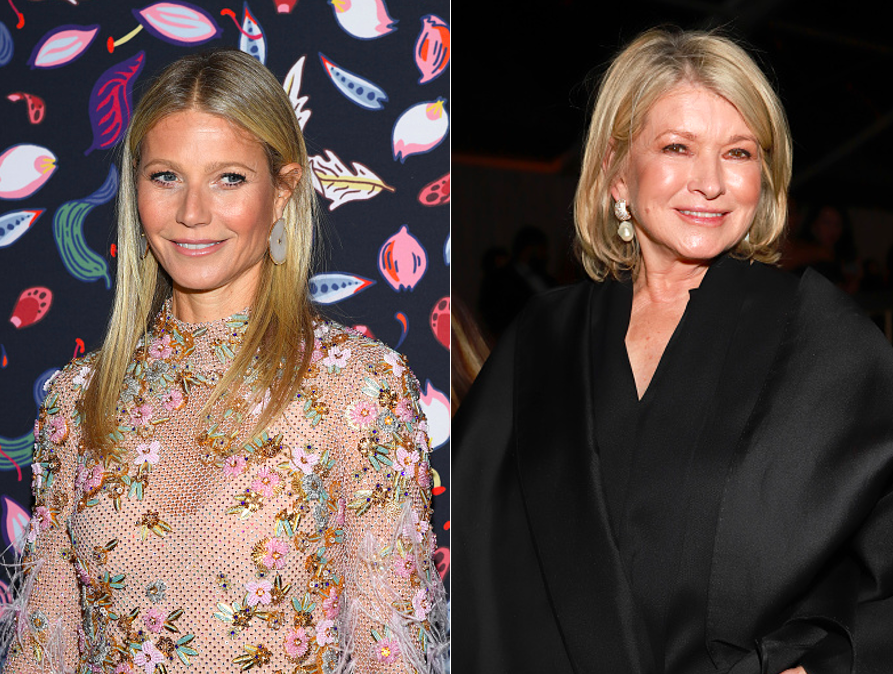 The claws are out for home and lifestyle queen Martha Stewart and her rival, Goop founder, Gwyneth Paltrow.

According to OK! Magazine, the two lifestyle gurus have been raging for years, and most of their friends are caught in the middle.

A source revealed, "All their shared friends among the Hamptons elite - Beyonce and Jay Z, Billy Joel, Rachael Ray, are trying to keep out of it."

They added, "But they're already cringing at the idea of having to choose who to invite to their holiday dinner parties."

According to the alleged report, the feud ignited back in 2013 when the 79-year-old original guru insisted she started the "whole category of lifestyle" before the Goop founder entered it.

At that time, Martha, who owns Martha Stewart Living Omnimedia, gave Bloomberg TV a subtle diss about Gwyneth's brand, which had been around for five years during that point.

"I haven't eaten at Gwyneth's house. I've never seen how she lives. But if she is authentic, all the better," she said.

"I mean, and I certainly hope she is... She wants to be a lifestyle arbiter. Fine. Good. I think I started this whole category of lifestyle."

Martha also reportedly jabbed that the "Iron Man" actress was "trying to be a Martha Stewart."

From afar, the two millionaires continue to show shade at one another but, "the trouble is, they have the same friends, use the same caterers and even the same gardeners."

The source revealed, "Their bickering unpleasantness is still creating awkwardness all over the East Coast."

In an additional report by Globe, there is simply no love lost between Martha Stewart and Gwyneth Paltrow.

According to the outlet's source, the "Pulp Fiction" actress calls Martha a "has-been," while Martha thinks Gwyneth should "have to work harder" to be on the same level as her."

"They're snippier than ever and can't get through the week without saying something crass," another source added.

Speaking to TMZ years ago, Martha Stewart was asked if she or the Hollywood actress was a better life coach.

She reportedly told the paparazzi, "Oh, for heaven's sake, you have to live to be a life coach."

But it didn't just end there.

Martha Stewart was just started to share her views on Gwyneth Paltrow's place in the lifestyle industry.

"If Gwyneth were confident in her acting, she wouldn't be trying to be Martha Stewart."

She added that Gwyneth "just needs to be quiet."

Meanwhile, at that time, Gwyneth didn't seem to be too bothered by the entire thing.

She told E! News that she was psyched that Martha sees her brand as a competition.

The Weirdness of Goop

Gwyneth Paltrow's brand is valued at $250 million, but Martha Stewart's business ventures are worth $2 billion.

But these days, it's Gwyneth's products that keep her company buzzing.

Recently, in an appearance on "Watch What Happens Live," Martha Stewart answered a caller who asked her thoughts about Goop's newest candle that smells like the lady parts.

She answered, "I'm sure it sold out."

"She does that kind of irritatingly - she's trying to zhuzh up the public to listen to her, and that's great. Let her do her thing. I wouldn't buy that candle."

However, one should take OK! Magazine and Globe's report with a grain of salt.

Though they have been feuding for years, it's unclear if their friends are forced to take sides.