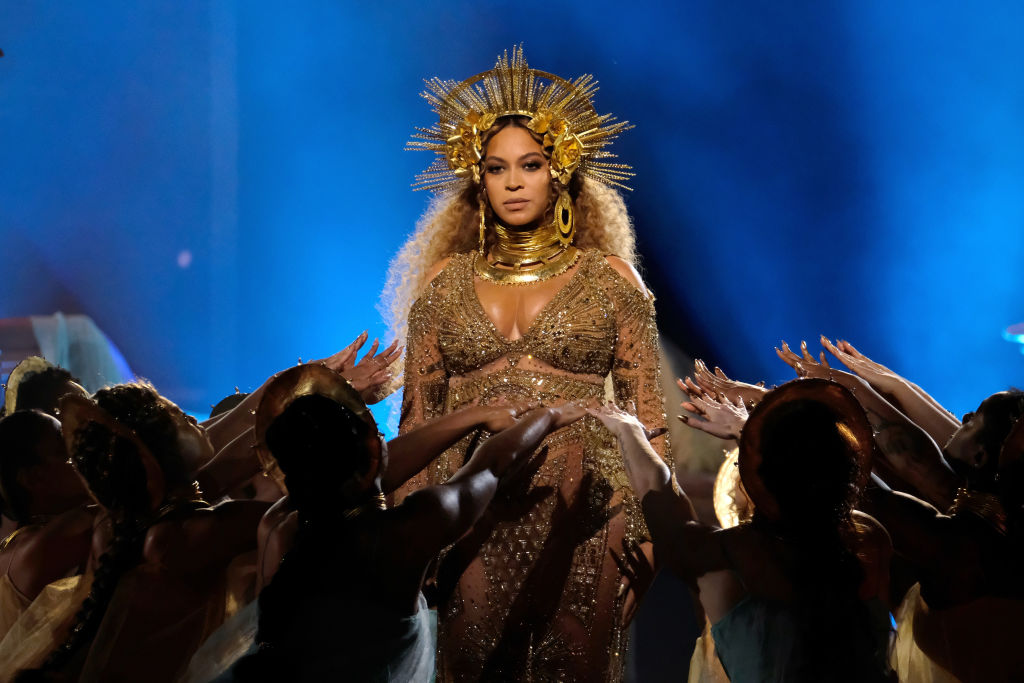 Is Beyonce finally retiring from the spotlight to hand the throne to her daughter, Blue Ivy?

According to heat magazine, Queen Bey has already "mapped out a plan" for her eldest daughter to be the most sought-after singers on the entire planet.

A source told the magazine, "Bey has considered the possibility of taking a back seat with her own career, so Blue can have her time to shine."

Speaking of the 8-year-old, "Blue is already showing the potential for becoming the next big diva in music."

Heat noted that the toddler had already received an award for being a collaborator on her mom's song, "Brown Skin Girl."

The little princess' dad is also one of the most prominent record label owners in the world, Jay-Z, and according to the outlet's source, Blue Ivy is already signed to it.

"Blue is already signed to Roc Nation with an eight-album deal in place and has recorded over 100 songs for her debut."

They added that Blue Ivy was supposedly excited to start her career in the music industry, but her parents taught her how to be patient.

"She's raring to go, but Bey and Jaya rethinking that she will at least finish elementary school first before she releases anything and goes on tour."

In September, Woman's Day reported that the "Crazy In Love" singer was "glowing" as she walked the streets of New York.

The outlet claimed that Beyonce was pregnant and would only take a few more weeks before they announced another baby.

According to one of the publication's insiders, the award-winning singer is reportedly not trying to hide her baby bump as she roamed around NYC.

It was also noted that she and Jay-Z have talked about adding another child to their brood.

Beyoncé and Blue Ivy being proud of each other is the cutest pic.twitter.com/okFH11R1Lt — The Hive (@beyicon) November 1, 2020

Back in December, it was also reported that the "Single Ladies" hitmaker was planning to follow the successful Vegas footsteps of several artists such as Celine Dion and Britney Spears.

Beyonce is reportedly hoping to star in her own Vegas.

A tattler told Heat at that time, "Bey doesn't need the money, but she's been offered to play in one of the most prestigious venues; it would be stupid to turn that down."

"Nothing has been finalized yet, which is why her team is denying it," they added. "But it would be easy money for her and a lot less complicated than doing another world tour."

The source explained that since the "Halo" hitmaker is a mom of three, and she lives in Los Angeles, performing in Vegas wouldn't be hard.

Beyonce and Jay-Z are among the most private power couples in Hollywood. They don't give hints - they show it off.

The "Lemonade" hitmaker has been very busy; even in quarantine, she released several projects.

This included her visual album, "Black is King."

She won't be retiring anytime soon but will also not be moving to Las Vegas.