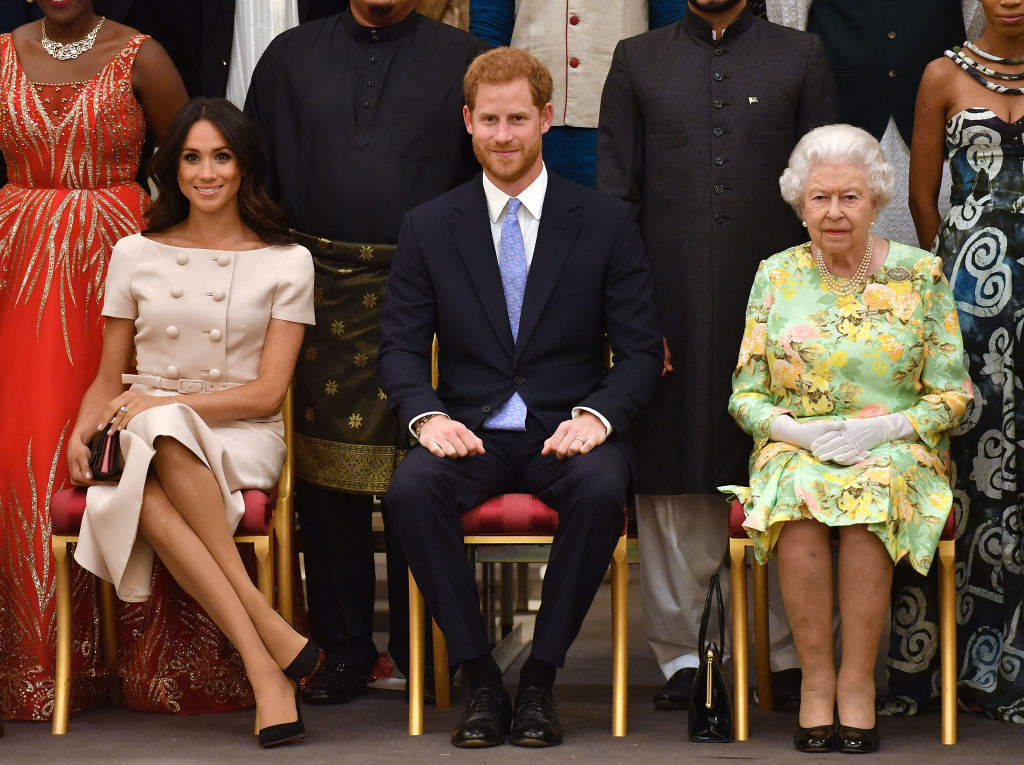 Enough is enough - Queen Elizabeth II is no longer catering and caving into the demands of royal renegade Prince Harry and his wife, Meghan Markle.

Previous reports said that royal aides didn't ask the Queen for permission to lay a wreath on the Cenotaph for Remembrance Sunday.

But it turns out they actually did.

Her Majesty received the Duke of Sussex's request, but she denied it.

According to royal commentator Morgan Stewart, the 94-year-old monarch has finally drawn a line on the type of demands Prince Harry and Meghan Markle could make.

She said that since the Sussexes detached themselves from the royal family completely, they have made a few little requests here and there.

Buckingham Palace would always say that they could accommodate the request or figure out a way.

However, denying Prince Harry's request for Remembrance Sunday was actually the first blatant line that shows that they can't give to the Sussexes.

Stewart explained, "You're not senior members of the royal family anymore. Enough. We're not catering to you. You live in Santa Barbara, you've got rich, famous neighbors, you want to focus on other things."

She added, "We're not doing things on behalf of you. You either show up like you're supposed to do, or you're not a part of it."

The royal expert revealed how it was nice that there's already a line drawn between Queen Elizabeth II and Prince Harry and Meghan Markle.

"We're not just always going to extend something out for you. You've made this decision, and now we're following suit and respecting that," Stewart claimed.

In honour of #RemembranceSunday, the Sussexes privately visited the Los Angeles National Cemetery earlier today. The couple laid flowers picked from their garden at the gravesites of two Commonwealth soldiers, one who served in the @AusAirForce and one from the @cdnartillery. pic.twitter.com/h3YbGoOAh1 — Omid Scobie (@scobie) November 8, 2020

But it's what Prince Harry has sacrificed to be with Meghan Markle.

Not only is he away from the family, but during Megxit, the 36-year-old former Army was stripped of his military titles - titles that were very dear to his heart.

Prince Harry previously served in the forces for about ten years, and most of his charitable work focuses on helping veterans.

Remembrance Day is a sentimental day for him, and, unsurprisingly, he chose to commemorate the poignant day in his way.

He and the former "Suits" star went to the Los Angeles National Cemetery on Sunday, where they placed flowers taken from their $14 million mansion garden at the graves of two soldiers from the Commonwealth.

They laid a wreath also at a memorial obelisk.

Richard Fitzwilliams told Express UK that the couple's new life in the US involves missing out on these types of privileges, especially by those enjoyed by working members of The Firm.

"Harry and Meghan's decision to forge a new future has meant changes which they were prepared to embrace, and this means sacrifices," he said.

Though the couple only wanted to commemorate the fallen British Army, royal commentator Dawn Neesom said that the photographs of the Sussexes looked staged.

"They dropped these pictures at exactly the time that all the British newspapers were going to press."

The Sun's royal expert, Dan Wootton, slammed them for putting the spotlight on them instead of the Queen and the royal family.

"Here's the thing, I would have no issue if Harry and Meghan had announced that they had privately gone to the cemetery in LA and had their private moment there."

He explained, "What people don't realize is there's a lot of organization behind the scenes that goes on about the release of photographs and the way that things are geared up to run in newspapers."

Wootton added, "They dropped these pictures at exactly the time that all the British newspapers were going to press. This is particularly grim; they knew that in certain newspapers, it would push pictures of the Queen, Prince Charles, William, Kate, Princess Anne off the front pages."