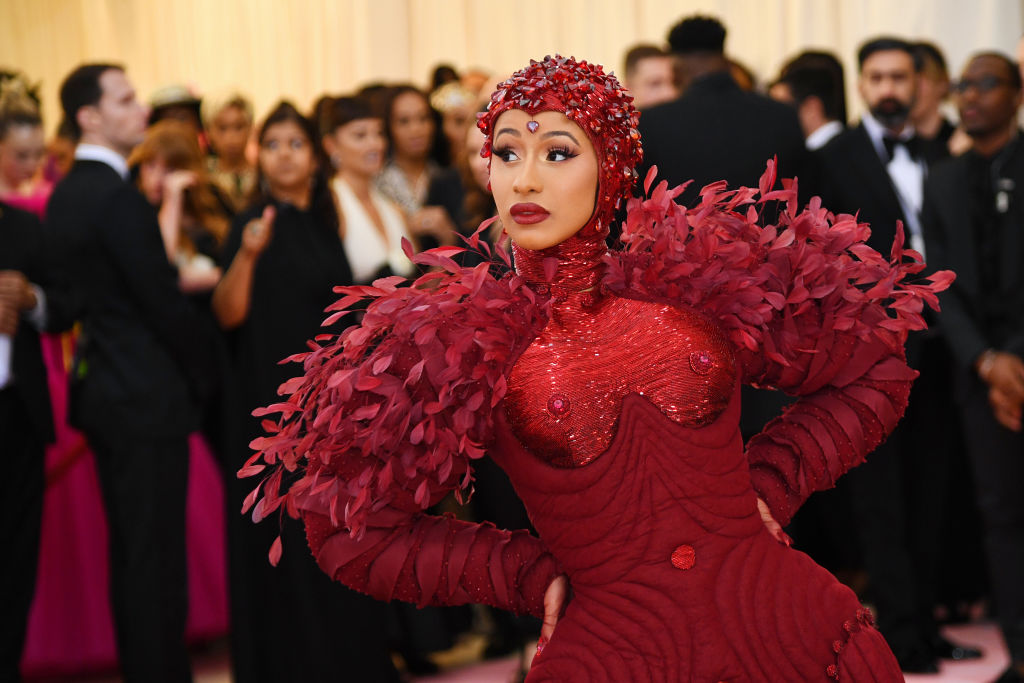 Cardi B's fashion does not always wow the crowd. After all, she always flaunts her physique in everything she does--whether for a music video or a magazine cover.

However, the rapper "crossed the line" this time and got accused of disrespecting a Hindu goddess.

Earlier this month, Footwear News hailed Cardi B as its model for its November issue. The rapper particularly promoted her sneaker line for Reebok.

On the cover, she posed as the goddess Durga with 10 hands. She also carried a Reebok shoe as part of the company's promotion.

According to the magazine (per Indian Express), the move was a "homage" to the Hindu goddess Durga. It added that she is comparable to the goddess since Cardi B "is a dominant female voice at a critical time."

However, her photo did not impress netizens. Instead, it invited criticisms and caused people to call her out for cultural appropriation.

People are saying Cardi B is paying homeage to our hindu goddess Durga. So as a Hindu I want to say that:
1-Wearing a shoe in a temple is prohibited
2-Durga maa is not to be used as an aesthetic
3-Durga maa is NEVER depicted bare bodied
4-THIS. IS. NOT. HOMAGE. IT'S. DISRESPECT. pic.twitter.com/K4QFa431tP — This user does not exist :) (@wotermelonsugrx) November 11, 2020

According to several netizens, Cardi B showed great disrespect for the Hindu religion after portraying the goddess in a rather inappropriate way.

"Cardi B out here thinking she's Ma Durga. Ma'am no, you aren't. Stop messing with others religion. And ofc yet AGAIN no one will give two fucks about this except for us," one Twitter user said.

Another one wrote, "Cardi B Do you know who Durga Maa is and her aesthetic and importance in Hinduism? This is so disrespectful."

Another netizen demanded an apology from the "WAP" rapper after the controversial pose.

"Cardi B did not pay 'homage' to the Hindu goddess Durga by holding a shoe in her hand, this is plain disrespect and in no way cultural appreciation. She can't get away with this without addressing and apologizing for mocking our culture."

Soon after her image drew several backlash, Cardi B apologized and said that did does not intend to offend any religion.

In a video she posted on Instagram, Cardi B explained she never wanted to hurt people and their religion.

"When I did the shoot, the creatives told me I was going to represent a goddess; that she represents strength, femininity and liberation, and that's something I love and I'm all about," she shared.

Cardi B added that she would be mad, as well, if someone did something to her religion. After apologizing, the rapper thought she should have done some research before agreeing to the shoot.

"When people dress as Virgin Mary and Jesus, as long as they do it in a beautiful, graceful way," she said." But I wasn't trying to be disrespectful; maybe I should have done my research. I'm sorry, I can't change the past but I will do more research for the future."

READ MORE: Britney Spears Over? Princess of Pop Vows NOT To Perform With Her Father as Conservator

© 2021 ENSTARS, All rights reserved. Do not reproduce without permission.
TAGSCardi B Cardi B News Cardi B update Cardi B reebok Cardi B magazine Cardi B photo
SEE COMMENT
CLOSE COMMENT