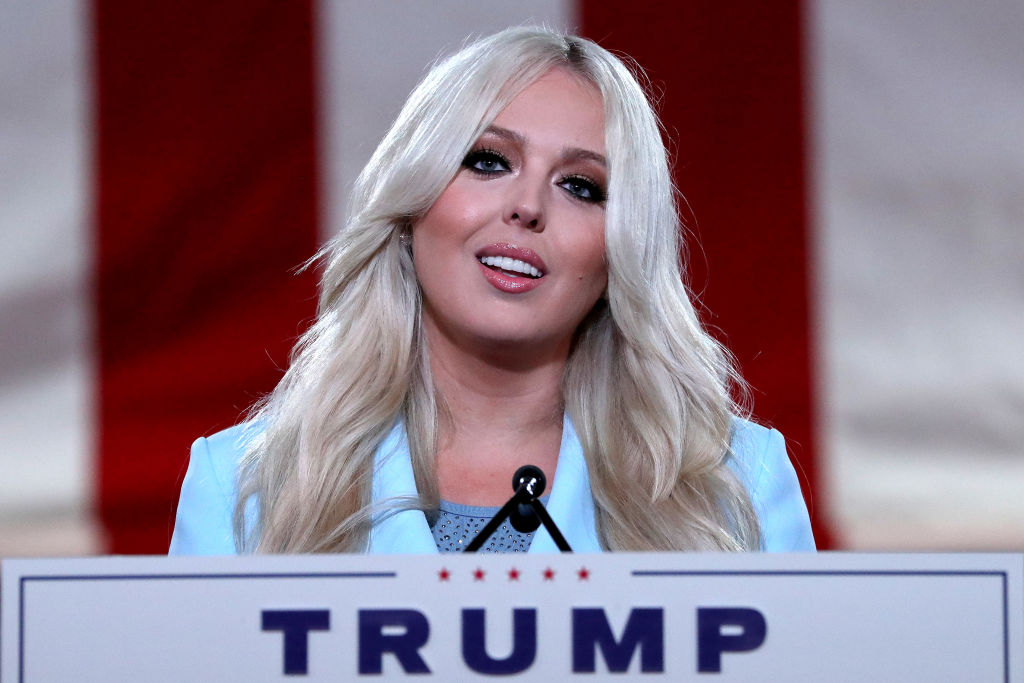 Creepy tweets should be banned--regardless of the one making it and to whom it is being sent. A Florida congressman is learning the hard way how unacceptable his online behavior is after he sent an emoji-infused tweet comment to Tiffany Trump's post.

People deemed it unbecoming of a politician, or of any man, actually.

Republican Rep. Matt Gaetz raised not just a few eyebrows when he responded to a Twitter photo posted by first daughter Tiffany Trump.

Donald Trump's daughter, Tiffany, shared a photo of herself on the social media donning a bright red pantsuit and posing prettily on the hallway of the Trump International Hotel in Washington, D.C. Gaetz obviously approves, retweeting the photo and then adding a string of questionable emojis, such as a fire, a heart, a smiley with heart-shaped eyes, and a thumbs-up.

Unless he is truly a close friend or family of Tiffany, his response can be deemed weird

Many did find it "creepy." Some claimed he's staking claim on Tiffany and trying to make her father like him, too.

I'm curious what the calculus is to get a congressperson to this tweet. Of course it's Matt Gaetz so..... https://t.co/jdbdXxyzA0 — Molly Jong-Fast (@MollyJongFast) November 12, 2020

But then, Tiffany Trump did not even find it weird. She even re-tweeted Gaetz's response with a series of her own emojis, adding a American flag, a heart, and a smiley face. Had there been a heart emoji there somewhere, fans would have gone wilder.

This is not the first time that the Congressman has acted weirdly around the Trumps.

The unmarried politician has made clear how much he adores and appreciates the President. He praised Tiffany's father on social media, uncaring if the public will find it weird. He wrote on October that he would "never love another President again" as a caption for a video clip of Donald Trump.

Back in May, in a tweet posted by Donald Trump congratulating his daughter for graduating, Gaetz also butted in and made a comment. Retweeting the president's loving tweet, he added his own, calling Tiffany a beautiful person "inside and out."

Weird as it may, it is not really that surprising given how Gaetz made it clear that he is a fierce ally of the president since his 2016 election. In an earlier interview with GQ, he said Trump knows who he is and not out to screw him over.

Some are saying he is now flirting with Tiffany, checking his chances out with her. Others claim that he just might be trolling the girl and her family ever since. There had been many evidence of such in the past.

There had been attempts to place Donald Trump's reputation at risk. First when he wore a gas mask on the House floor while voting on a coronavirus relief bill, making it appear as if the White House is downplaying the deadly pandemic.

In 2018, he caused another palace controversy when he brought a Holocaust denier as his guest during the State of the Union address. One can find it hard if he is aligned with Trump or out to get him himself.

the emoji with heart eyes is weird. also the fire one. ok the heart one too. — Elizabeth Vargas (@EVargasTV) November 12, 2020

He wants Trump to be his father-in-law?— David Wilson Brown (@davidwbrown) November 12, 2020