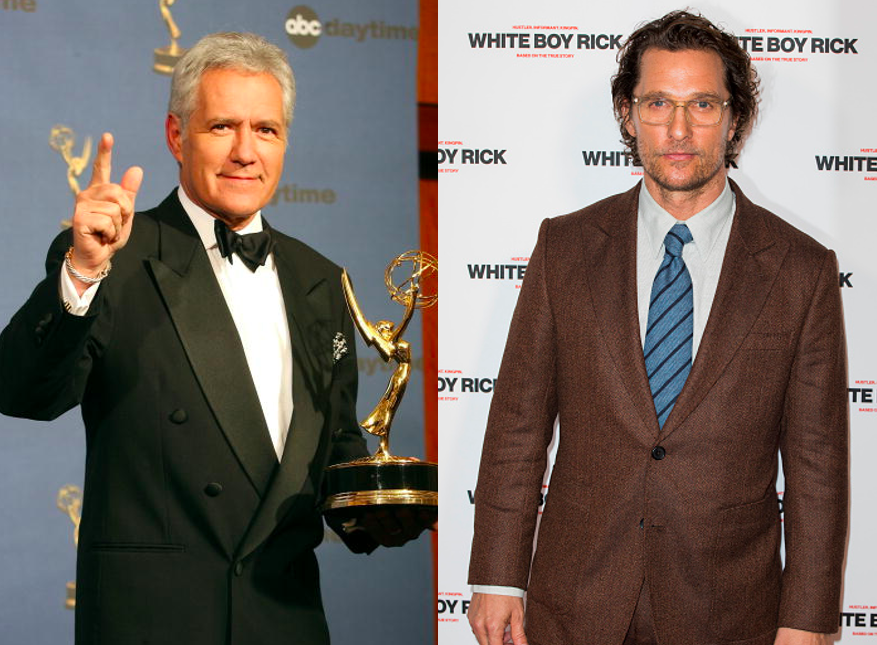 Now that he's gone, it's hard to imagine another person, "Jeopardy." After all, Alex hosted it for 36 years, even winning seven Emmy awards.

Apart from those, he was loved and admired by millions of viewers.

Pre-taped episodes with Alex Trebek will continue to air until Christmas.

In 2019, Alex continued to hold on and hosted for another year.

He showed little to no interest in choosing who his predecessor is and have even joked with the "Jeopardy" audience that his top pick would be Betty White.

Now that he has lost his battle with pancreatic cancer, everybody's wondering who will be receiving the impossible task of taking his place for the upcoming seasons.

But fans won't likely know who will be the host after Alex Trebek until 2021. Many believe that it's even possible that there could be guest hosts for a while until someone gets the job.

However, early this year, the National Enquirer claimed that perhaps Hollywood hunk Matthew McConaughey could be Alex's replacement.

Since a video of the "Magic Mike" actor hosting bingo night at a Texas senior living facility went viral, TV executives have allegedly been calling him non-stop to pitch a hosting gig.

An insider told the outlet, "Matthew is smart and has a down-home likability that fans naturally gravitate to."

"Besides that, people know him from his TV commercials."

Matthew is also said to be "perfect to step into Alex Trebek's shoes on 'Jeopardy.'"

In 2017, Matthew McConaughey appeared on the short-lived game show "Big Fan," which featured stars meeting three of their fans to see who knows the celebrity most.

The insider explained, 'Even though the show was here and gone, TV execs notice of Matthew on it."

Another source said, "Listen, if Drew Carey could make the transition from TV sitcom star to 'The Price Is Right' host, Matthew McConaughey could undoubtedly take over for Alex Trebek."

What About George Stephanopoulos?

ABC News journalist George Stephanopoulos is said to be hoping to land the "Jeopardy" hosting gig, according to The Wrap.

The 59-year-old, who is also part of "Good Morning America," is reported "actively" chasing the role.

In May, George even told Howard Stern that he was too interested, but would have big shoes to fill.

What About Ken Jennings?

For many "Jeopardy" fans, they believe it's going to be Ken Jennings.

Even the National Enquirer agreed and said that he would become the host back in September.

Ken has a lot going on for him as a potential new host, and he's already synonymous with the show and has said to have produced work for them.

Recently, he even hosted "Masterminds."

Matthew McConaughey's reps denied that he would be filling in Alex Trebek's shoes.

Though George Stephanopoulos showed interest, an ABC source denied the claims to the NY Post that he is pursuing the role.

"Of course, he's not lobbying. How disrespectful would that be to Alex's family."

Outlets have also checked with a source close to Ken Jennings to see if he would be the host, but they reportedly denied it. That was before Alex passed away, but plans may change.

So it's best to wait and stay tuned.