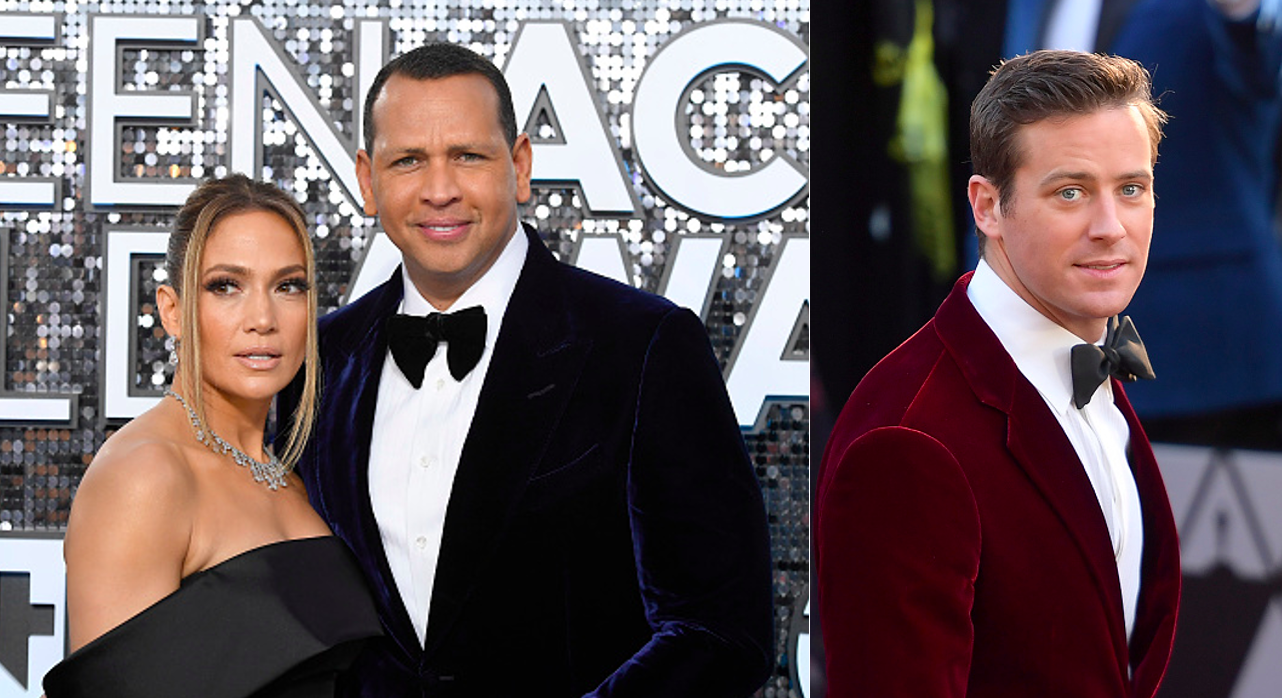 Alex Rodriguez is reportedly pissed off at the "flirt fest" happening between future wife Jennifer Lopez and her co-star Armie Hammer as they work on the set of "Shotgun Wedding."

The former Major League Baseball player doesn't plan on sitting idly, with the source revealing to Star magazine that he is campaigning to snag the lead role alongside the 51-year-old singer-actress.

What's making the matter even worse is JLo is said to be producing the film about an engaged couple with cold feet.

The source said that Jennifer Lopez and Armie Hammer are "drooling over one another," so the 45-year-old former Yankee star is "going to extreme lengths to keep the things professional" amid reports that he and ex-wife Elizabeth Chambers 10-year marriage ended.

"Alex may not be able to keep watch himself, but he'll have spies reporting back to him."

Armie and Elizabeth's marriage reportedly ended because he got "too close" to his "Rebecca" co-star, Lily James.

According to the Daily Mail, their marriage waws sent into a downward spiral after discovering texts from a mystery woman on Armie's mobile phone.

The "passionate messages" were reportedly signed as "Adeline."

38-year-old Elizabeth was said to be "devastated" after finding the messages in April 2019.

At that time, Armie Hammer and Lily James were busy shooting for the Netflix film.

31-year-old Lily was referred to as "Adeline" on the call sheets of "Rebecca" and even on her trailer as per the British publication's sources.

In October, Sources claimed that Lily was spotted flirting with her on-screen husband even though she knew he was a married man with two kids.

"She was not subtle," the source said. "And he was into it, no doubt about it."

"She was touching him constantly, giving him long, smoldering looks," they added.

Despite finding out about the texts, which left her heartbroken, Elizabeth and Armie tried to repair their 10-year marriage. They even went to couple's therapy and planned to renew their vows.

But the final straw for Elizabeth was reportedly after receiving an explicit text message that she knew wasn't meant for her.

Whether Star's story about Alex Rodriguez being paranoid at Jennifer Lopez and Armie Hammer's on-screen romance, it is still best to take their report with a grain of salt.

Behind closed doors, JLo and A-Rod are known to be strong. They're ready to get married and are very openly affectionate with one another.

Golden Globe-winning actress Jennifer Lopez and "Call Me By Your Name" star Armie Hammer are working on the upcoming romantic-comedy film, "Shotgun Wedding."

It is directed by Jason Moore.

According to Lionsgate, president of the production, Eric Westerman, Jennifer and Armie have "irresistible magnetism, separately and together, make them the perfect pairing for this romantic-action-comedy."

The movie follows Darcy (JLo) and Tom (Armie) as they gather their sweet but very opinionated family for a beautiful destination wedding.

Arriving at the place, the pair started to get cold feet. But with a dangerous hostage situation, the couple is forced to save their families and their upcoming marriage.