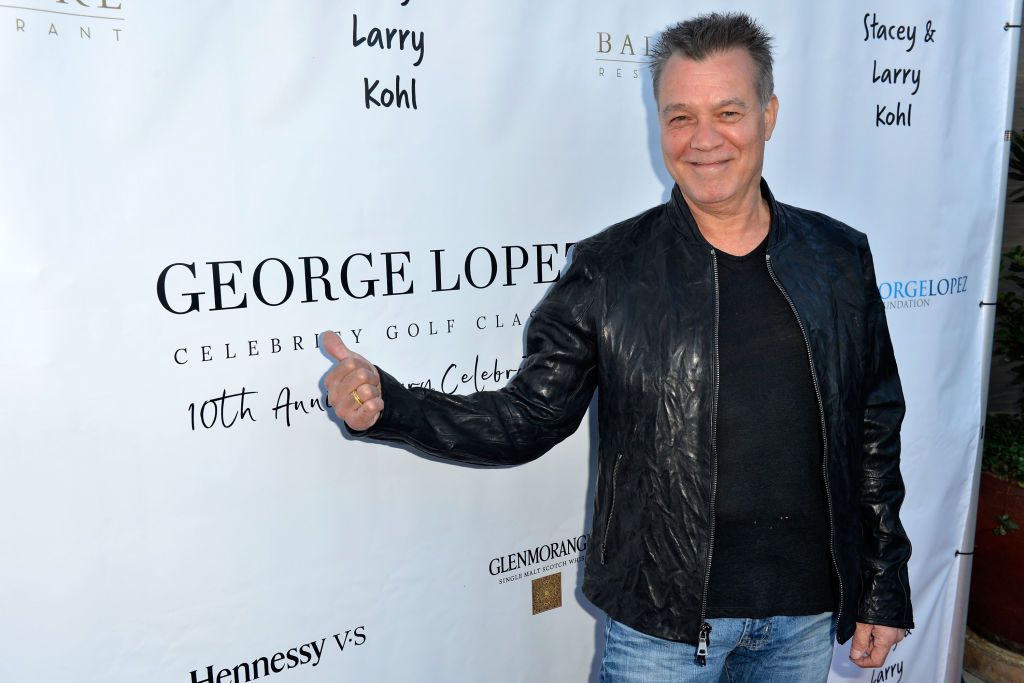 One month ago, Van Halen lost his battle against throat cancer at St. John's Hospital in Santa Monica in the U.S.

His final diagnosis said that his cancer spread throughout his brain and other organs.

Although he had been so open about his intestinal issues and chemotherapy sessions, his fans only discovered recently the two other illnesses he suffered these past few years.

Van Halen's son, Wolfgang, sat for an interview on "The Howard Stern Show" where he disclosed that his father was diagnosed with lung cancer and brain tumor.

"The doctors were like, 'You have six weeks'," he said before revealing that his father jetted to Germany to receive treatments. "Whatever the f-ck they do over there, it's amazing, because I got three more years with him."

However, Van Halen's health continued to deteriorate starting in early 2019 after getting involved in a motorcycle accident.

During that time, they found out that he also had a brain tumor. Upon its discovery, the late musician underwent gamma knife radiosurgery to remove or lessen the tumor's mass.

"That's important, to let people know, that yeah, that was real, and we were so excited about it," Wolfgang added. "It just didn't pan out."

Wolfgang Pays Tribute to His Father

Despite the heartbreaking chain of events, Wolfgang chose to look at the brighter side of things and offered a tribute to his late father instead.

Elsewhere in the same interview, he  performed his new song, "Distance." Furthermore, he recalled how he established a close musical connection with his father.

"We had such a close connection and now, for the rest of my life, there's no way I'll never be able to think about him no matter what I do-which is good but also hurts a lot," he went on.

Aside from Wolfgang, other people also honored the late musical legend.

"Eddie Van Halen was the Mozart of our generation," Morello said. "He had the kind of talent that maybe comes around once a century."

Van Halen's journey began in 1962 when he decided to leave Netherlands for the U.S. After staying in the country for a decade, he and his brother decided to form a band they named after their last name.

In 1972, Van Halen officially debuted. Aside from Eddie and his brother, they began performing alongside vocalist, David Lee Roth. Michael Anthony served as their bassist.

Throughout their five decades of being active, they successfully sold 80 million albums worldwide. The band scooped a spot on the Rock and Roll Hall of Fame in 2007.

Meanwhile, although they have countless hit songs, their pieces--including "Jump," "Hot for Teacher," and "Running with the Devil"--brought the most multi-platinum success to the band.