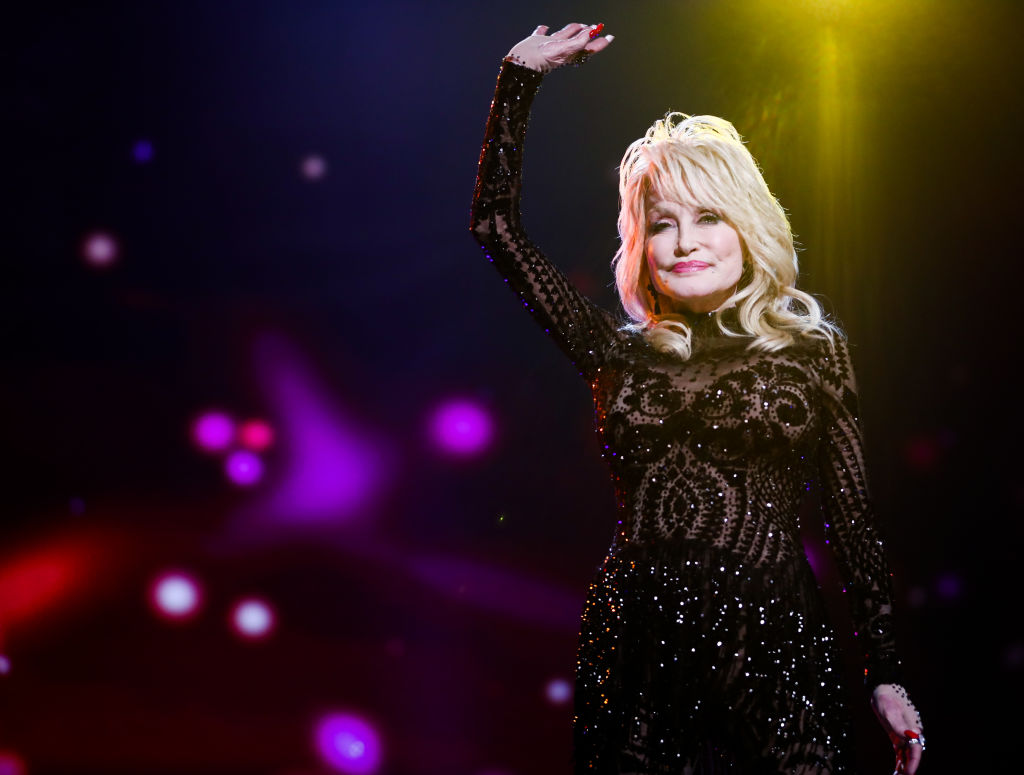 The second time might really be the charm for Dolly Parton, as she could grace another cover of Playboy magazine.

In October, the legendary singer-songwriter hinted that she is considering donning the iconic Playboy bunny costume one last time to honor her 75th birthday.

During her interview with BBC Radio 5's "Scott Mills & Chris Stark Show," the 74-year-old Tennessee born star confirmed the rumors about the possibility of posing for the adult magazine.

She mentioned that she's already in talks with the publication for a potential comeback.

"Well, there's some truth in that," she mentioned, adding, "I just might do it. If I can do it in good taste and they want it, we'll do it along with a really good interview inside. So, yeah, it's possible. Yep, we've talked about it."

Now, TMZ cited that Playboy executives have invited the "Jolene" hitmaker to appear on the cover for their January issue.

Aside from Parton's 75th birthday, this is also to celebrate the 75th anniversary of the men's lifestyle and entertainment magazine, which was launched in 1953 by the late Hugh Hefner.

Then 32-year-old multi-award-winning singer first graced the cover of Playboy in October 1978. With her platinum blonde hair up in curls, the "Two Doors Down" hitmaker donned the legendary black bunny costume, complete with bunny ears as she flaunted her ample bosom and curvy body.

If her cover next year pushes through though, Parton will not be the oldest Playboy bunny to pose for the iconic magazine.

Former Playboy bunny playmate Victoria Valentino graced the cover of publication at the age of 77. The model and actress first appeared in the magazine for its September 1963 issue.

It appears that social media is up for Parton's Playboy shoot, as fans expressed their support for the legendary country singer.

"Dolly Parton' ain't got time' to age: 'I'll look as young as my plastic surgeons allow'... she's even in talks to pose for Playboy for her 75th birthday in January," one wrote, while the other fan tweeted, "I really hope that she poses for #playboy she's still so incredibly sexy."

Meanwhile, an individual also echoed the same stance and seemed to be thrilled for the Grammy Hall of Famer's upcoming shoot.

"@DollyParton, I am patiently waiting for your Playboy photoshoot! It's wonderful to see mature women embrace themselves despite our youth-obsessed culture."

The blonde beauty has been in the music industry for several decades now, but she still has no plans on slowing down.

Earlier this year, she confirmed to "60 Minutes Australia" that she is not retiring.

In addition, the 74-year-old country singer also expressed the same opinion during her previous interview with The Sun, stating that she will only retire if she or her long-time husband Carl Deal becomes ill.

Parton also mentioned that she "loves" what she's doing and that there' "so much left to do" for her.

READ MORE: 'MasterChef Junior' Star Passes Away at 14 -- Sad Cause of Death Revealed