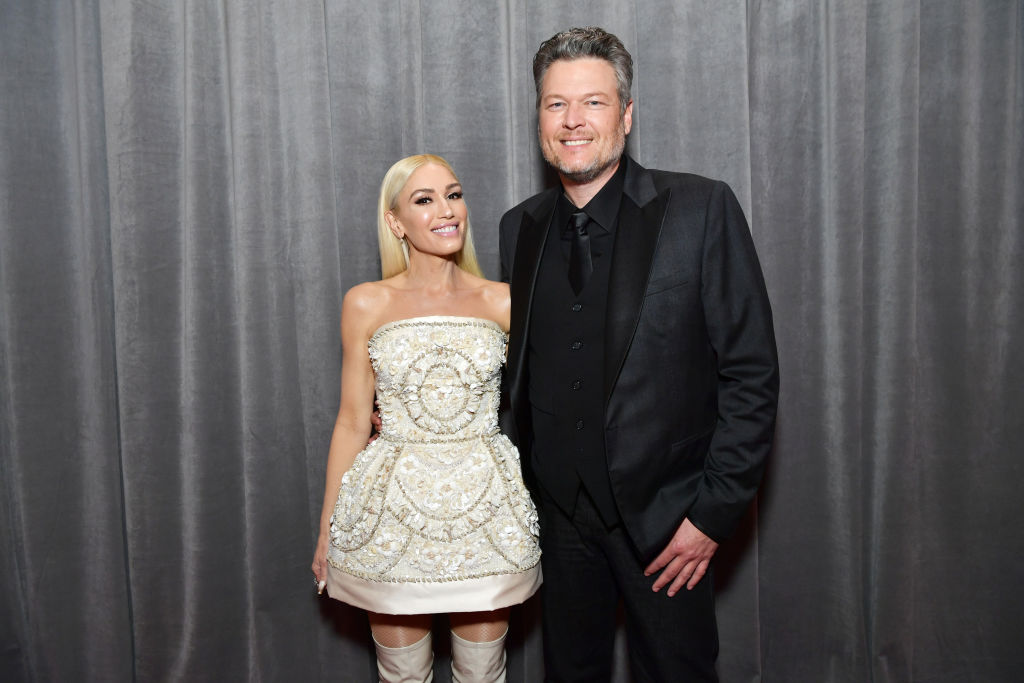 With only a month and a half left before 2020 ends, friends of recently-engaged couple Gwen Stefani and Blake Shelton claim that they will be tying the knot pretty soon.

A few friends spoke to Hollywood Life to say that "The Voice" judges hope to end 2020 with a bang - by getting hitched - finally!

"Blake and Gwen are thinking about doing a couple of things, both intimate and a big party with friends down the line after COVID is done with for their wedding plans."

Sources added that the couple wants their friends and family to be involved in the highly-anticipated day despite changing plans because of their hectic schedule.

"They are busy working right up until Christmas, but they have thought of possibly doing something at the end of the year with themselves and close family."

Gwen Stefani and Blake Shelton reportedly took their time with their engagement, which only happened on October 28. But the source explained that whatever they decide their wedding day is going to be, it would just be perfect no matter what.

The country superstar is also making the No Doubt frontwoman's sons become a big part of their wedding day and the wedding party.

"She wants it to be such a special day, and Blake is all for what Gwen wants because they want this to be their forever."

Another insider told Hollywood Life that the 44-year-old three-time divorcee that he is being tight-lipped about sharing any details of their special day because he doesn't want to ruin any surprises.

"Blake and Gwen have always played by their own rules, so their friends wouldn't be surprised if they got married by the end of the year."

"Especially with everything going on with COVID, they could possibly tie the knot in the chapel on their ranch where Blake proposed to Gwen, surrounded by loved ones."

When news broke of their engagement, it has been reported that Shelton is letting Stefani take charge of the planning, "whatever makes her happy."

The source added how Blake Shelton believes his soon-to-be wife has "impeccable taste," so he's just going to take a back seat.

Another insider told the outlet that if the pandemic didn't happen, they would throw a big party with all of their friends and family to celebrate their engagement.

People were dying to have a close-up look at Gwen Stefani's engagement ring.

Chief merchandising officer of Blue Niles told Refinery29 that the ring is "probably a round or oval cut set in a solitaire or simple pave platinum setting."

Katie Zimmerman estimates that the diamonds have about eight and ten carats, and its estimated value is at $700,000 and $800,000.

In a series of Instagram Stories, Gwen Stefani flashed her beautiful engagement ring while they were on the car on the way to the People's Choice Awards.

But neither Gwen Stefani nor Blake Shelton has shared exact details of the engagement ring.

(Photo by Emma McIntyre/Getty Images for The Recording Academy)