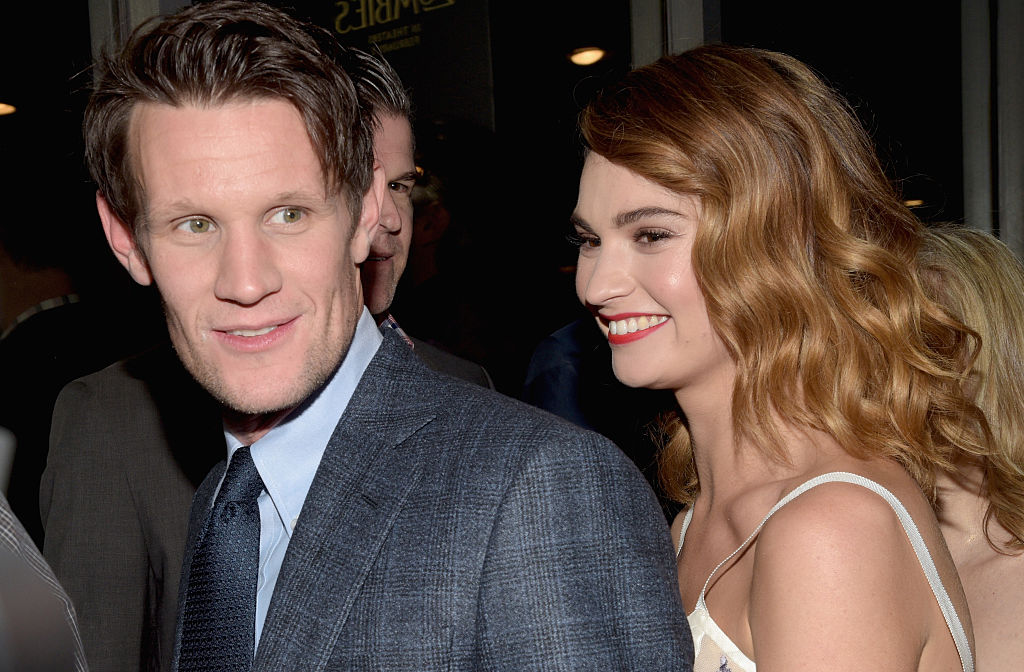 Lily James is reportedly pining over her ex-boyfriend Matt Smith and is desperate to win him back after she was caught kissing married star Dominic West in Rome last month.

The 31-year-old "Rebecca" star ended her relationship with "The Crown" star back in December. But the two were spotted together once more before splitting in June for good.

Last month, Lily was pictured kissing 51-year-old West, who is married and has four kids with Catherine Fitzgerald.

At that time, the married couple showed a united front for the paparazzi, saying that the pictures published on tabloids didn't faze them. They allege that their marriage was stronger than ever.

"Our marriage is strong, and we're very much still together," their note for the photographers said.

Now, though. Lily James has found herself in the middle of controversy once more as she reportedly realized how good Matt Smith was for her.

Heat UK alleged that she's hoping he would give her a second chance.

An insider told the publication, "Lily's feeling insecure and vulnerable, given all the negative comments about her. She could use a friend."

Describing Matt, the insider explained that he's a good guy who may be why the "Mama Mia" star wants him once more.

"She is hoping he believes in second chances the way she does. She knows she made a wrong decision letting him go.

However, one should still take Heat's report with a grain of salt.

Lily James and Matt Smith failed to rekindle their relationship during the lockdown.

James even confirmed to her pals that they were over, and at that time, she was already looking for a new man to date - someone who isn't from the entertainment industry.

A source told The Sun that the former couple realized that they'd be better off as friends after struggling to make their relationship work.

"They have gone back and forth this year trying to sort things out between them because they both have so much love for each other."

"But unfortunately, it just isn't working out, and they have mutually decided to just close this chapter of their lives."

Meanwhile, news of them parted ways comes after reports claiming that their romance hit the roof with Smith's closeness to his "The Crown" co-star, Claire Foy.

Another report claimed that their breakup was due to their hectic schedules and not seeing each other.

"Being in the house and having no work and distractions has allowed them to reconnect and get back to a good place," another insider told The Sun. "There is such an amazing chemistry between them, and they make a wonderful couple."

In a Sunday Times article, Lily James even discussed the possibility of marrying Matt Smith.

"I've gone through different phases of wanting and not wanting to get married. I don't know where I sit with it now. What matters is the relationship and how you feel about each other."

She added, "I come from the most incredible family, so that means a lot to me. Eventually, sharing your life with a family is the most important thing."

Lily James and Matt Smith met on the set of "Pride and Prejudice and Zombies" in 2014 but didn't confirm their relationship until February 2015.

READ MORE: Melania Trump Power Play: Expert Reveals She Will Be Alpha In Her Marriage to Donald Trump