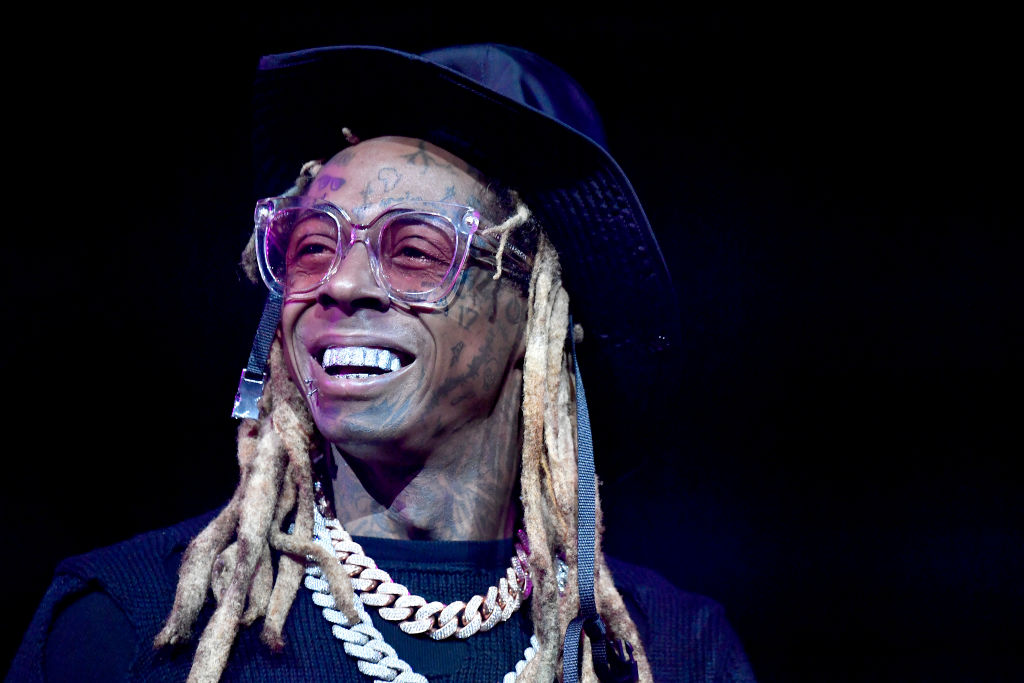 Lil Wayne is in trouble again, as he might spend a decade behind bars instead of performing on stage.

Nearly a year after a holiday trip to Miami, Lil Wayne--whose real name is Dwayne Michael Carter Jr.--has been charged with possession of a firearm by a convicted felon.

According to Miami Herald, the recent charge stems from an incident that happened in December 2019 when he jetted to Miami through his private plane.

Carter's lawyer, Howard Srebnick, detailed that a gold-plated handgun was found inside his luggage on his private plane. Lil Wayne has since defended himself and claimed that it was a Father's Day gift.

His legal team also clarified that the rapper did not use it at that time.

Meanwhile, Lil Wayne's other attorney, Ronald Richards, also sent an e-mail to CNN saying that the facts must be reviewed carefully.

However, the Southern District of Miami made it clear that the charge is still in effect, and it might cause him 10-year imprisonment once he is convicted.

Under federal law, all convicted felons are not allowed to possess any form of firearms. A hearing for the case will take place on December 11.

Lil Wayne's Legal Problems in the Past Few Years

The 38-year-old rapper has been previously pleaded guilty to a felony gun charge in 2009. It rooted from his arrest in 2007 when authorities found a .40-caliber pistol inside his tour bus that was parked outside of New York City's Beacon Theater.

At that time, his attorney defended him and claimed that the gun belonged to someone else. However, Lil Wayne still nodded to the plea agreement and got a one-year prison sentence.

In February 2010, he appeared in an interview with Rolling Stone and revealed what he felt before his jail term.

Hours before he began his prison time, he managed to go online on his Ustream to bid goodbye to his fans.

However, his imprisonment got postponed multiple times. This allowed him to continuously perform on stages despite his charges.

A few months later, Lil Wayne finally spent his time behind bars, only to cause another trouble after the police caught him with headphones, a charger, and an mP3 player inside his cell.

Lil Wayne truly has a long list of legal headaches, and he might face a serious one soon.