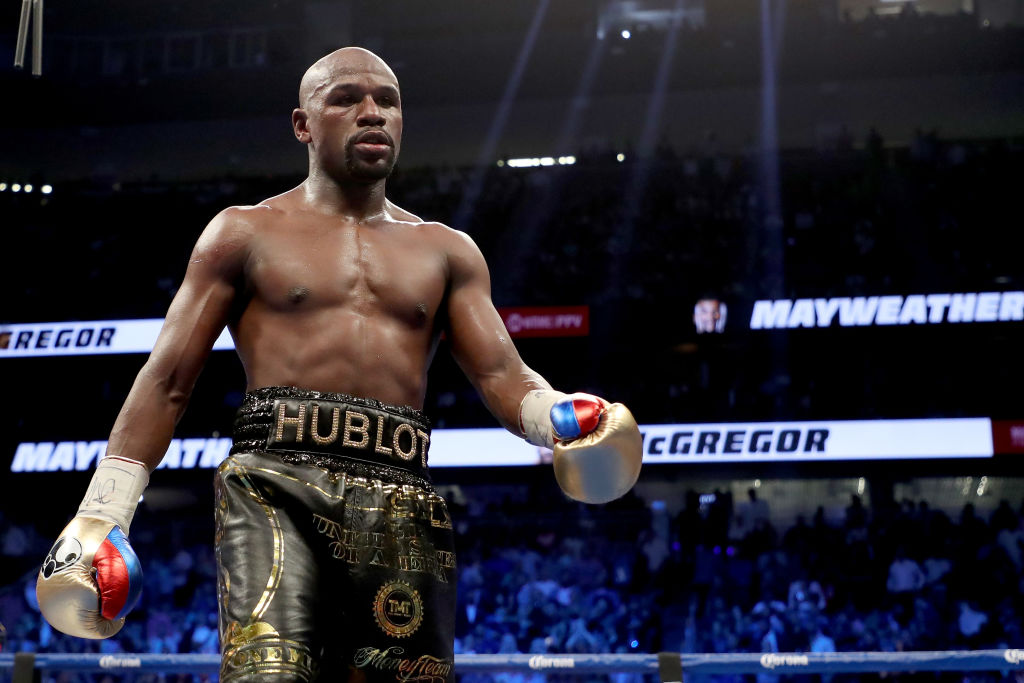 Floyd Mayweather Jr. has set his eyes on Youtube star Logan Paul and is determined to "destroy" him.

A few days ago, the internet sensation turned boxer teased a possible match with the iconic athlete and declared that he could easily defeat the former pro boxer.

Over his Instagram, Paul shared a clip of him being interviewed by the paparazzi stating that he would "snap this f*cker in half" while tagging Mayweather in the caption.

"If I caught him. If I caught Floyd with one punch, one punch. I would snap the **** in half. You know me; I am eight inches taller. I am 40 lbs heavier," Logan mentioned in the video, adding: "If I caught Floyd in a real fight, street fight, whoop his ass! No question."

Lo and behold, the retired boxing legend responded to Logan and dropped a brutal warning as he vowed to finish him like the MMA champion, Conor McGregor.

"These YouTube girls better find some Barbie dolls to play with cause I'm not the one for the kid games. Three years ago a fighter from the UFC said my name, and I had to put a muzzle on that bitch. @loganpaul can get the same treatment before I go conquer Japan again," Mayweather wrote.

These YouTube girls better find some Barbie dolls to play with cause I’m not the one for the kid games. 3 years ago a fighter from the UFC said my name and I had to put a muzzle on that bitch. @loganpaul can get the same treatment before I go conquer Japan again. — Floyd Mayweather (@FloydMayweather) November 19, 2020

With over 3,200 retweets and more than 32,000 likes, fans expressed their opinion regarding Mayweather and Paul's possible match.

An individual pointed out that his age and height might be some disadvantage for Floyd against the Youtube star.

"MONEY FIGHT MONEY FIGHT. LOGAN may have a 1% chance since Floyd is a bit old, and he got that height."

Moreover, a second fan posted his thoughts and shared that the Michigan-born boxer is in it for the money before mocking him and his army of fans: "If he did it, it'd be for the bag, it'd be easy money, but I doubt he'll do it because Logan's ten yo fans won't be able to afford the pay per view."

On the other hand, one user penned her support for the retired boxing legend and mentioned that the internet sensation might fall in Mayweather's "lethal weapon."

"Wow, everyone in the comments is doubting Floyd, but Logan has never won. And I'm a fucking Logan Paul FAN (so weird) but aren't Floyd's hands considered like lethal weapons. Wtf crack y'all smoking bc I want some."

Mayweather started his boxing career in the late '90s and has a record of 26 consecutive wins in world title fights.

Aside from this, he was also named the "Fighter of the Decade" in 2010 by the Boxing Writers Association of America (BWAA).

As for the 25-year-old Los Angeles native, Logan Paul a skilled wrestler during his high school years and has competed in a pair of high-profile boxing matches with British YouTuber KSI.

Unfortunately, Paul lost in a six-round cruiserweight boxing fight by a split decision.