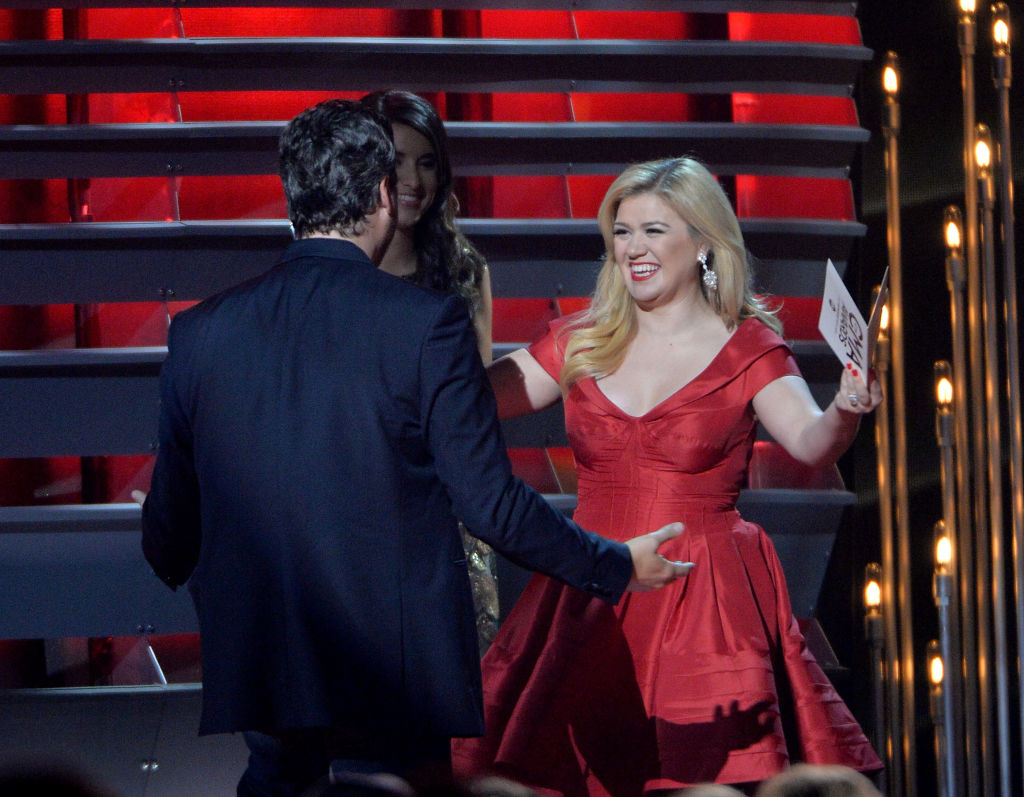 Kelly Clarkson's life is undergoing a major shakeup because of her divorce.

Not only did she boot her ex-husband Brandon Blackstock from her personal life, but have also axed him from her professional life.

However, it's possible that Brandon would still be in her work life all because of Blake Shelton.

An insider snitched to the National Enquirer's November 30, 2020 issue, "Brandon might not be Kelly's manager anymore, but he still manages Blake, which might get awkward when Kelly runs into him backstage at 'The Voice.'"

"Brandon will always be in Kelly's personal life because of their two children. But after she ended their professional relationship, the thought of him still hanging around while she films 'The Voice' isn't fun."

They further added that once "The Voice" returns to live shows in November, the "American Idol" alum is reportedly already preparing for some awkward backstage moments with her ex-husband.

Kelly also doesn't wish the father of her kids any harm and is happy that Brandon is still thriving.

But the Enquirer claims that she kept asking herself, "But did he have to manage someone who sits on stage with her on 'The Voice?'"

Kelly Clarkson and Brandon Blackstock reportedly met at the American Country Music Awards in 2006 while the former was rehearsing a song with Rascal Flatts, a group that Brandon managed.

But it wasn't only in 2012 when they reconnected again through their mutual friend Blake Shelton.

The "Since U Been Gone" singer told Ryan Seacrest on KISS FM of their meeting, "We were just in a room together, and then he came up and said he was from the same hometown as me and I was like, 'Oh, we're so getting married.'"

After dating for ten months, Blackstock proposed to Kelly just before the holidays that same year.

Less than one year later, Kelly Clarkson and Brandon Blackstock married in Tennessee, and their prenuptial agreement was reportedly signed just five days before their actual wedding day, according to The Blast.

By June 2014, the couple welcomed their first child together and named her River Rose. Kelly posted an Instagram picture of her first-born with the caption, "Here is our beautiful baby girl River Rose; 6lbs 6 oz, 18 inches, and the greatest thing on the planet."

By 2016, they welcomed their second child named Remington.

In December 2019, Kelly Clarkson gave the vibe that she and Brandon Blackstock made love to each other every single night.

Speaking to "The Kelly Clarkson Show," she revealed, "I was single for many years, so...I have children."

"And how one makes children is generally what I do before bed. That's not a lie. That's real. And it's not weird! It's natural!"

Before the lockdown, they went to their Montana ranch, where they spent their quarantine.