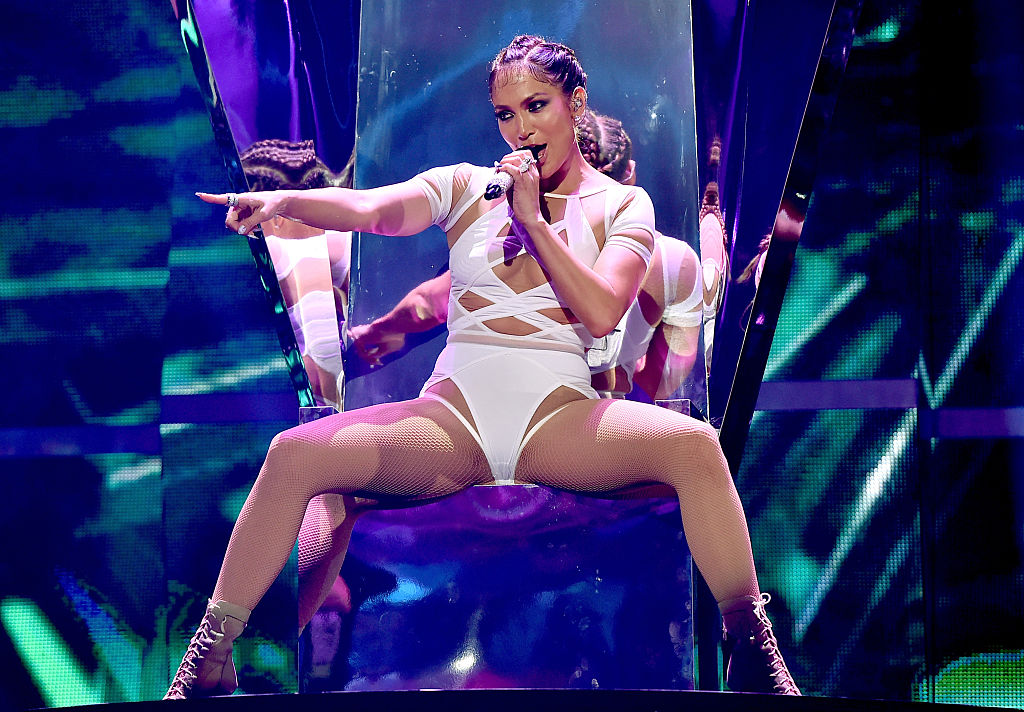 Apparently, Jennifer Lopez cannot wow the crowd all the time.

Lopez flaunted her assets during the recently concluded American Music Awards 2020. The singer turned up the heat by collaborating with Maluma and performing "Pa' Ti" and "Lonely" in the three-hour long award show.

The said numbers included the tracks in the pair's upcoming film, "Marry Me."

During the same 2020 AMAs performance, J.Lo debuted her shorter, blonde hairdo while sportingg a black and sheer catsuit.

Meanwhile, the stage became more intense due to Lopez's chair choreography and black and red pyrotechnics.

Even before she took over the stage, Page Six revealed that ABC censors got fully surprised over the 51-year-old's risqué performance.

However, it was not well-received by Beyonce's fans, as they accused J.Lo of copying Queen Bey's previous performance.

The internet went crazy over J.Lo's performance, not because she was hot but because she seemingly copied Beyonce's looks.

Twitter users were quick to compare her 2020 AMAs performance to Beyonce's 2014 Grammy Awards number. To recall, the superstar offered an exhilarating performance with her husband, Jay-Z. The couple opened the award's night with their sexy song "Drunk In Love."

Because of the alleged similarities, Beyonce's fans judged J.Lo and called her a copycat.

One Twitter user said, "That's exactly what she did. Stole the look, outfit, choreography. Shame on her!!! She's from a dance background. She should no better."

"That's exactly what she did. Stole the look, outfit, choreography. Shame on her!!! She's from a dance background. She should no better," another one wrote.

Amid the backlash Lopez faced, other fans understood that the two music icons will always get compared no matter what.

One fan explained: "They are very strong skilled PERFORMERS. They also have a very similar look in general. The blonde hair, the fat ass etc. and EVERY TIME they walk on stage they give 110%."

The same user reasoned out that Beyonce and J.Lo share the same visuals and choreography most of the time. Even their parents reportedly find it hard to determine who is who.

It is worth noting that this was not the first time the "On The Floor" hitmaker has been slammed, though.

Before the American Music Awards, J.Lo pulled off a thrilling show with Shakira during the 2020 Super Bowl halftime show.

The collaborators showed off several raunchy booty shaking and racy pole dancing. In the end, it led to the Federal Communications Commission (FCC) receiving over 1,300 complaints.

According to NBC News, the ABC affiliate WFAA of Dallas first reported the complaints about how the studio failed to put an R rating on the show.

One of the complainants from Utah said that the performance should be a family show. Unfortunately, they were reportedly got exposed to an "adult only show."

"I am completely disappointed that this is acceptable to show on television," the viewer added. "I am disgusted that these performances were not censored beforehand."

Despite the criticisms related to her performances, Jennifer Lopez remains dedicated to giving her fans nothing but the best numbers.