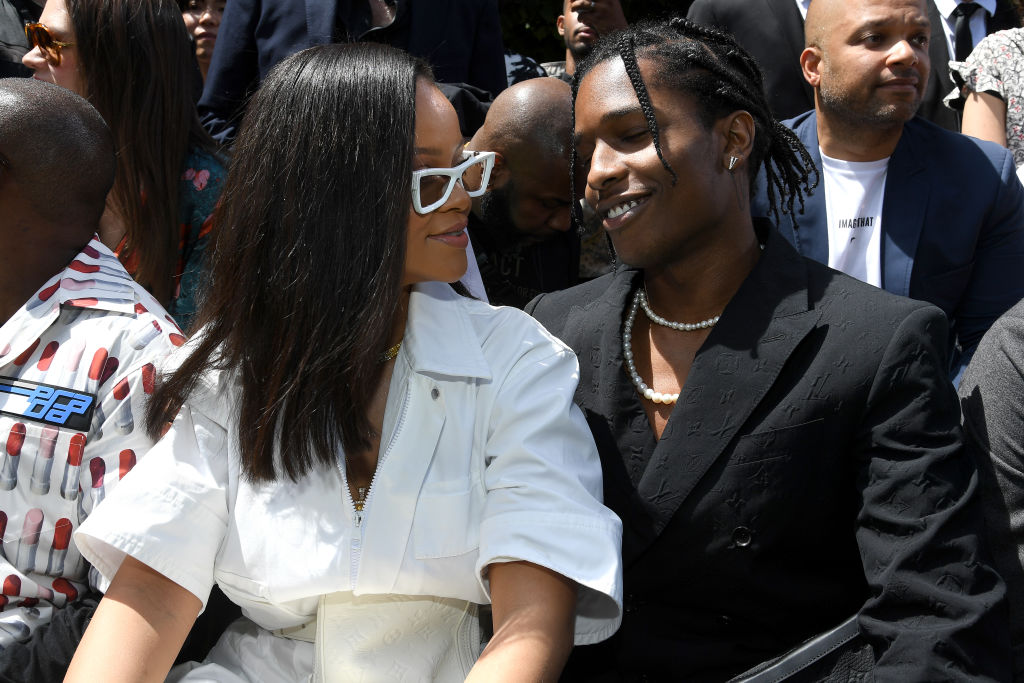 Rihanna is ending 2020 with her rumored new flame, A$AP Rocky.

The news came after Page Six reported that the nine-time Grammy winner was spotted hanging out with the "Praise the Lord" rapper.

According to the outlet, both RiRi and the 32-year-old rapper, whose real name is Rakim Mayers, were dining out at the upscale restaurant Beatrice Inn in New York, alongside a group of friends.

Interestingly, the duo wanted to veer away from the paparazzi as they seated discreetly behind a curtain.

This is not the first time that the "Wild Thoughts" hitmaker and A$AP Rocky were romantically linked with each other.

Back in December 2019, the pair attended the Fashion Awards red carpet  at the Royal Albert Hall in London.

The 32-year-old Barbadian icon strut with her label, Fenty, as she wore a mint green satin mini dress with matching gloves, paired with sheer wrap, a silver statement choker, and mint high heels.

Rocky, on the other hand, sported an all-black ensemble as he donned a Fenty black suit.

The sighting of RiRi and the Harlem, New York native came after her split with billionaire boyfriend, Hassan Jameel, earlier this 2020.

According to People, the couple decided to end their almost three-year relationship due to their "differences."

"Their lives were too different, and it was hard to maintain a relationship," a source explained to the outlet.

The Saudi businessman is the Deputy President and Vice Chairman of the family-owned international conglomerate business Abdul Latif Jameel.

Meanwhile, aside from her massive career in the music industry, Rihanna also runs a beauty line called Fenty and two other fashion brands.

Prior to her split with Jameel, the beauty mogul pointed out that her number one priority is her career, but she tries to have a work-life balance in her life.

After the news broke that RiRi is single, A$AP Rocky and Rihanna's rumored ex-boyfriend Drake jumped into action.

Earlier this year, The Sun cited that the iconic songstress and the rapper are dating but were hesitant to put a label into their budding relationship.

"They shared a hotel suite during that trip in New York," a source told the publication. "However, Rihanna is reluctant to put a label on it as it's so soon after Hassan. They're really enjoying each other's company and taking things easy as it's still early days."

The rumors about their romance intensified when the Barbados-born hitmaker featured the "Wild for Night" rapper in one of her Fenty Skin campaigns, which was released last July.