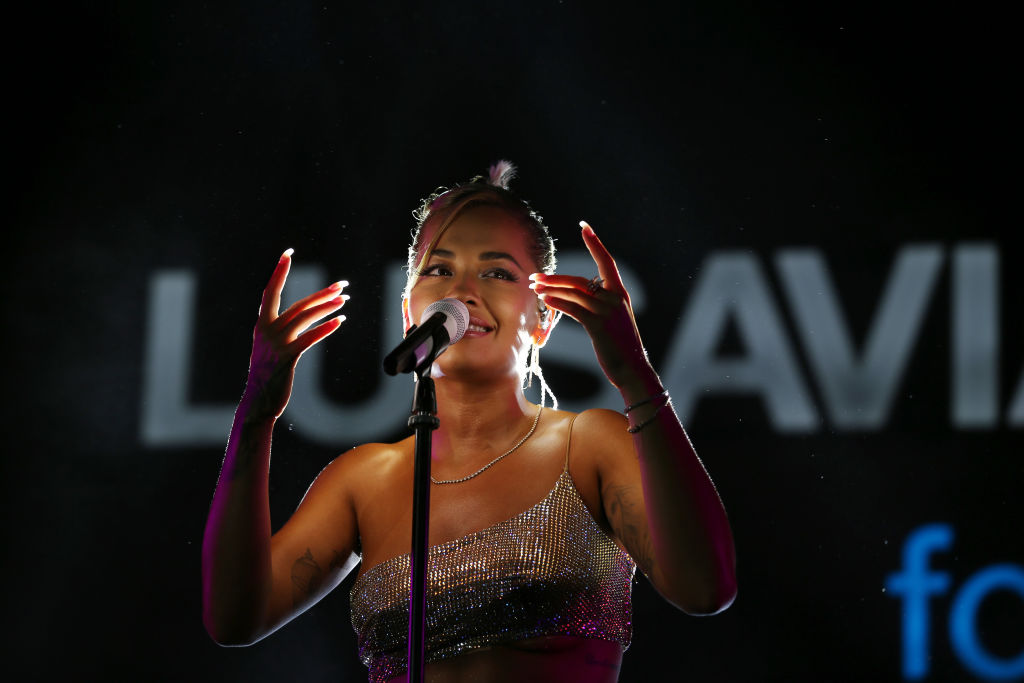 Rita Ora has apologized for throwing a birthday party right in the middle of a pandemic and then got into trouble for not following lockdown rules. Celebrations are frowned upon in general as the COVID-19 pandemic rages on, but Ora broke lockdown rules, which made fans felt even more disappointed with her.

The singer turned 30 over the weekend and to celebrate the big day, she threw a secret bash.

It would have been fine and no one should have known about it, but it ended up being public knowledge because police arrived at the said party held at the West London restaurant Casa Cruz Saturday night. She and her guests broke lockdown rules put into place by the government to flatten the curve against once more, in face of surging COVID-19 positive numbers.

Ora knew the whole incident put her in a bad light, so she took the initiative to apologize in public.

"It was a spur of the moment decision made with the misguided view that we were coming out of lockdown and this would be OK..." Rita began apology in her Instagram Story (via Page Six). "I'm deeply sorry for breaking the rules and in turn understand that this puts people at risk. This was a serious and inexcusable error of judgement," she added.

She also mentioned that in hindsight, it was wrong to do.

"Given the restrictions, I realise how irresponsible these actions were and I take full responsibility."

Ora said she felt "particularly embarrassed" because she knew fully well of what the risks of throwing a party during this pandemic, which makes her quite disrespectful of the lives she was risking. She said she has "first-hand how hard people have worked to combat this terrible illness and being fully aware of the sacrifices that people and businesses have made to help keep us all safe."

"Even though this won't make it right, I want to sincerely apologise," she added.

Among Ora's guests during this "spur of the moment" party are the popular model sisters, Cara and Poppy Delevingne. Following the party, a spokesperson for Prime Minister Boris Johnson slammed stars' decisions to ignore lockdown rules.

While her apologizing means she has admitted fully to her mistakes, a new report by the Guardian claims that she might escape her fine, which amounts to £10,000 penalty.

This is because the restaurant where the bash was held is covered by Kensington and Chelsea council and any fine or penalty would be issued against the owner of the premises, not the person organising or hosting the party. So Rita can go scot-free in terms of paying the hefty amount.

Earlier however, there were already report that Rita Ora had voluntarily paid a fine.

A council spokesperson said on Monday evening asserted that no payment had been received, and the council had not decided whether to even continue with the fining.

Under England's national lockdown, which ends on Tuesday, it is unlawful to meet more than one person one does not live with, unless for very specific circumstances. Police have the power to break up gatherings and issue fines of up to £10,000 violations stipulated under the Coronavirus Act 2020.

CAPRI, ITALY - AUGUST 29: Rita Ora performs during the party at the LuisaViaRoma for Unicef event at La Certosa di San Giacomo on August 29, 2020 in Capri, Italy. (Photo by Elisabetta Villa/Getty Images for Luisaviaroma)