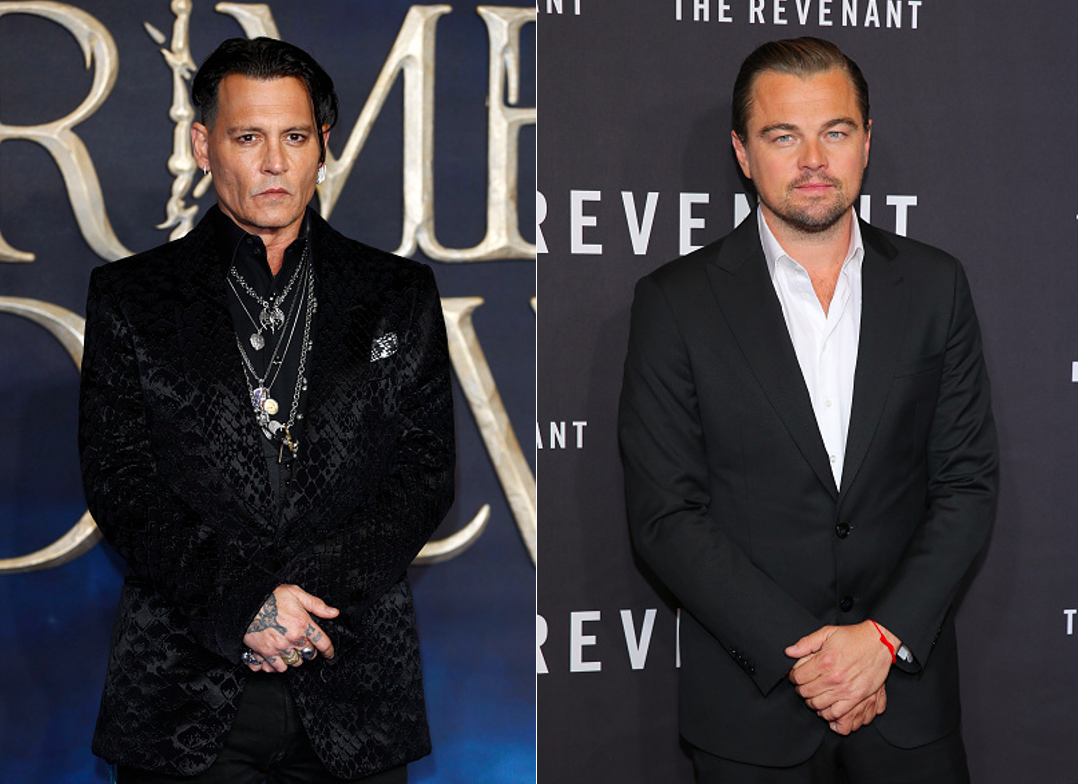 Twenty-five years later, Johnny Depp is still reportedly feuding with Leonardo DiCaprio - and according to an Australian publication, Depp's going to take it to a whole new level.

The former friends first worked for "What's Eating Gilbert Grape," but years after the project ended, they still haven't buried the hatchet.

These Hollywood bad boys are said to be bringing their distaste for one another, and it's only growing more and more three decades later.

According to Woman's Day, their alleged feud was due to the "Pirates of the Caribbean" actor's admission that he tortured a young DiCaprio on the set.

A source told the publication that Johnny Depp felt threatened by what Leonardo DiCaprio could bring to the entertainment industry.

The insider added that it only added fuel to the flame when DiCaprio was nominated for Best Supporting Actor at the Oscars while the "Edward Scissorhands" star "didn't even get a look in.

But after years, when DiCaprio became a household name in Tinseltown, he allegedly forgot about the reported rift, but not from Depp's side.

Depp reportedly refused to watch any movies that starred Leonardo DiCaprio, which only made it too awkward for their mutual pals.

But it's not Depp who's attacking because DiCaprio is also reportedly turning the heat up.

"Johnny's messed with the wrong guy," the insider concluded.

NW also reported that DiCaprio "blacklisted" Johnny Depp after his scandalous libel trial against British tabloid The Sun and his upcoming battle with ex-wife, Amber Heard.

An insider told the outlet that "Johnny Depp is being ordered out of Hollywood for good following his spectacular fall from grace - and Leonardo DiCaprio is showing him the door."

The 57-year-old is said to be the kingpin in Los Angeles, but the town "is now presided over by the likes of Leo and his friends, Brad Pitt, Bradley Cooper, and George Clooney."

DiCaprio doesn't want to work with him and all people associated with the "Charlie And The Chocolate Factory" star, after Depp gave him the nickname "pumpkin head" and even accused Heard of cheating on him with DiCaprio.

"He can't believe Johnny's thrown him into his mess like it's no big deal."

According to NW's source, DiCaprio barely even remembers the "Aquaman" actress, and he's allegedly furious at the entire situation, as he's serious with his current girlfriend, Camila Morrone.

Johnny Depp admitted working with a 19-year-old kid when he was a 30-year-old experienced actor, and he wasn't the nicest to Leonardo DiCaprio.

But his comments were said to be in all in good humor.

Gossip Cop determined that both reports by Woman's Day and NW are false.

The two outlets are known to be publishing articles without real evidence, and they are also known to pit actors against one another.