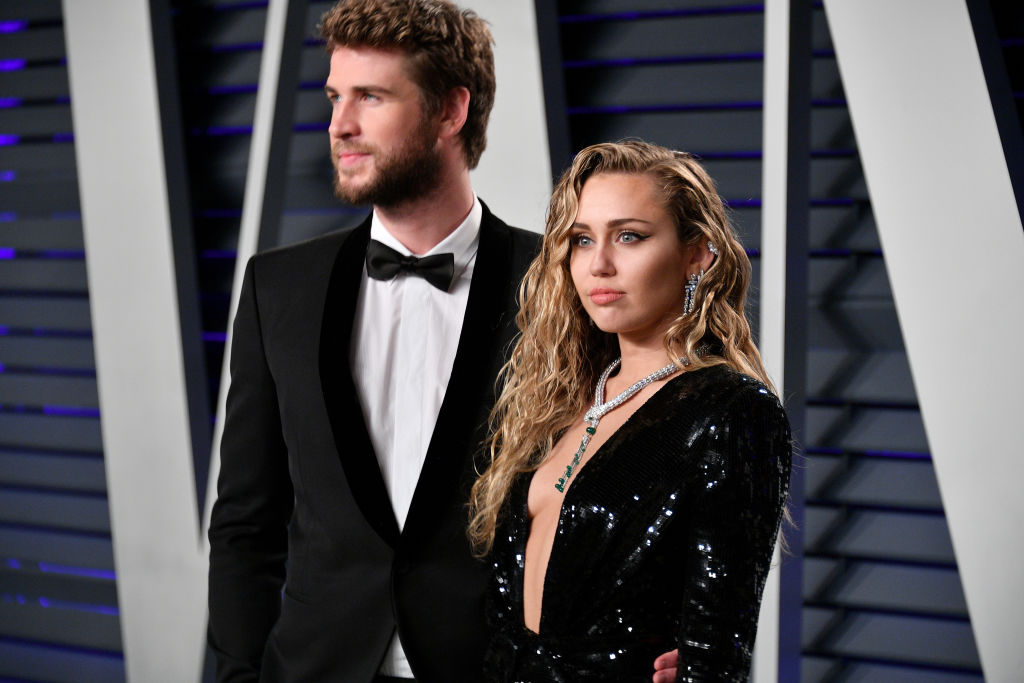 Liam Hemsworth is unfazed by Miley Cyrus' revelation about their marriage drama.

Earlier this year, the Aussie actor and the former Disney star's divorce has been finalized, officially ending their eight months of marriage and nearly 10 years of being together.

Now, the "Hunger Games" star is reportedly unbothered by her ex-wife's true feelings for him.

"Liam Hemsworth isn't upset by the recent interview Miley did where she says there was too much conflict in their marriage," a source told Entertainment Tonight.

After almost a year of their divorce, the 30-year-old actor has "moved on" from his bitter past and is currently "happy" with his Aussie girlfriend, Gabriella Brooks.

"Liam was very hurt when they initially broke up, but he has moved on now and is happy with Gabriella," the source furthered.

To recall, Liam was romantically linked with the 22-year-old model in December 2019 after the Daily Mail reported that the two were photographed on what appears to be a lunch date with the actor's parents at The Roadhouse restaurant.

Since then, the pair has been inseparable and would often be seen in the outdoors or hanging out at the beach.

Moreover, the source also mentioned how Hemsworth and Gabriella are a perfect match, pointing out the couple's similarities, including their family backgrounds and values in life.

"He's very traditional, and Gabriella shares the same values as him and gets along with his family. Their relationship is easygoing, and they have similar upbringings and backgrounds."

This development about Liam came after Miley opened up about her insights and what led to the highly publicized divorce.

During her interview with "The Howard Stern Show" on SiriusXM radio, the blonde beauty looked back on the devastating events in her life, including the Malibu fire and her wedding that ended up in a fallout.

She began by recalling the emotional struggle and trauma she faced following the 2018 California Fire.

"Our house burned down. We had been like, engaged -- I don't know if we really ever thought we were actually going to get married, but when we lost our house in Malibu -- which if you listen to my voice pre-and post-fire, they're very different so that trauma really affected my voice. And I was actually in South Africa, so I couldn't come home, and like, my animals were tied to a post at the beach," Cyrus shared.

Cyrus added that she "lost everything," including photos that reminded her of her childhood.

In the latter part of the interview, the "Wrecking Ball" songstress shared that she "clung" to her relationship with Hemsworth, which was the only thing that left their Malibu home. She noted that she "did love him very, very, very much and still do, always will."

However, she also addressed that despite her feelings towards her ex-husband, "there was too much conflict" between them.

"When I come home, I want to be anchored by someone. I don't get off on drama or fighting," the former Disney star explained.