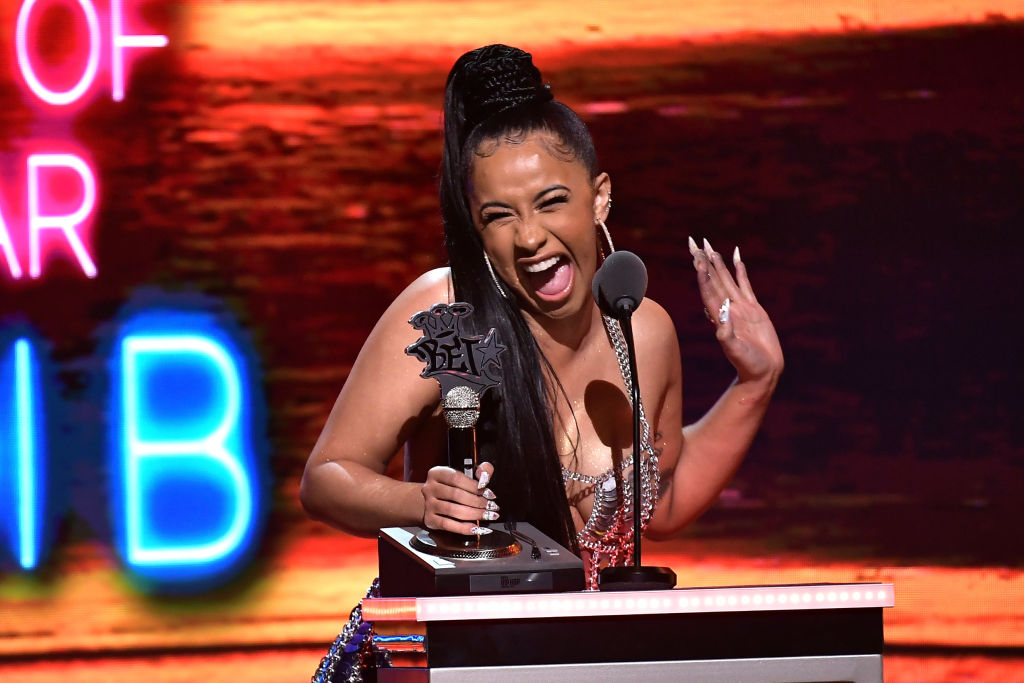 Almost everyone in the hip-hop industry wants to collaborate with Cardi B. However, the Queen of Rap herself is facing a huge problem with that activity.

For years, Cardi B has been collaborating with various award-winning artists in the industry. Her latest, "WAP," received critical acclaims as it perfectly promoted women empowerment. The song collaboration with Megan Thee Stallion also brought another Hot 100 No. 1 hit under her belt.

This caused many male artists, including Lil Nas X and Charlie Puth, to express their desire to make music with her.

However, she has a problem she needs to resolve.

Per Billboard, Cardi admitted feeling "shy" in asking male rappers to collaborate with her. Although she eventually establishes closer relationships with her usual collaborators, she is struggling initiating the early contacts.

"The thing is, I'm shy and really shy to reach out to male artists, to be honest with you," she confessed. "That's why a lot of collabs that I want, I haven't gotten yet because I'm scared to reach out."

Cardi further explained that she usually gets starstruck whenever she is in front of male artists. And worse, she thinks she is corny even though she thought she said something funny.

Apart from this problem, the 28-year-old hitmaker also said that her shyness has affected her in writing romantic songs and personal life.

For instance, Cardi B said she closes her eyes whenever she performs "Be Careful" or "Ring" since these show her sweet side.

"I get really shy about showing that lovey-dovey side. Even to my engineer, I start giggling... like, 'Oh my God, I can't. This is so embarrassing," she went on.

Although she finds it hard to work with male artists and those who will see her soft side, she still has a long list of potential collaborators in the future.

A poll created by Billboard on August 17, 2020 saw a number of high-profile artists who would be perfect partners for Cardi B.

The top potential collaborator is Sarkodie, with 42.13 percent votes.

Jennie Kim, a member of BLACKPINK, secured the second spot with 34.8 percent.

In another Billboard cover story, the rapper said that she can be a role model to anyone since she freely speaks about politics and injustices through her songs.

Despite that, the "Billboard Woman of the Year" still finds herself struggling with being a role model, especially since she sometimes says something controversial.

"If you have the unpopular comment, then you're in the wrong. So you gotta be careful with what comes out of your mouth," Cardi B said, via Harper's Bazaar.

For what it's worth, she is convinced that her works do not hurt anybody since she just wants to rap about anything.

© 2021 ENSTARS, All rights reserved. Do not reproduce without permission.
TAGSCardi B Cardi B News Cardi B collaborations Cardi B songs Cardi B update
SEE COMMENT
CLOSE COMMENT