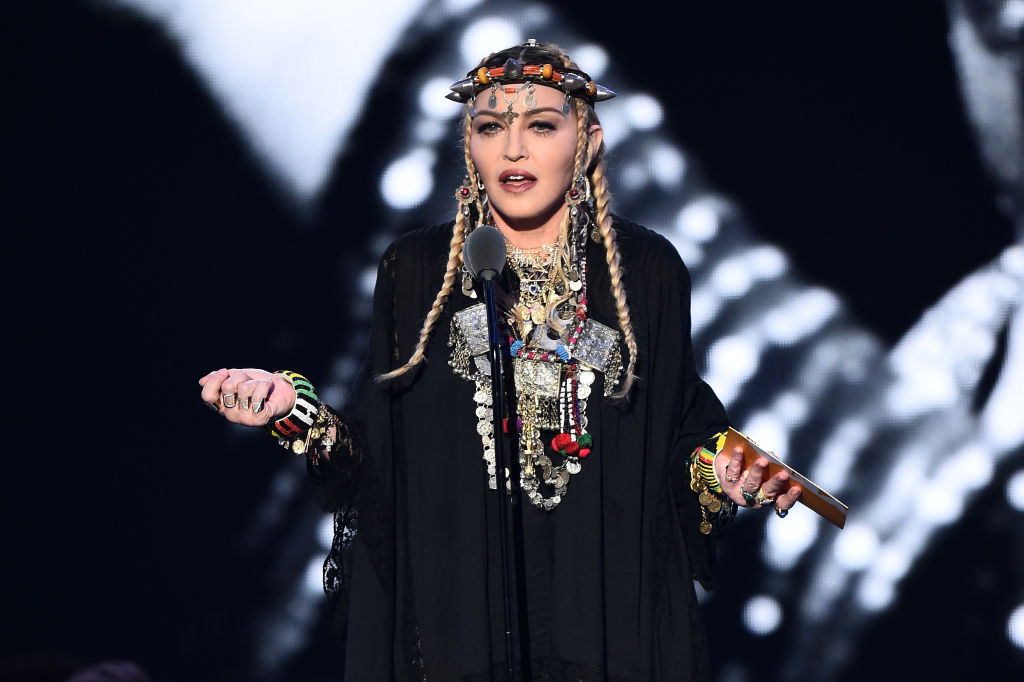 At 62, Madonna is celebrating a first in her life.

The "Queen of Pop" believes that there's always a first time for everything regardless of age, as she recently debuted her wrist tattoo in honor of her kids.

A Virgin No More

On her Instagram, the "Material Girl" hitmaker shared her first-ever tattoo that reads "LRDMSE."

The letters stand for the initials of her six kids: Lourdes, Rocco, David, Mercy, and twins Estere and Stella.

The pop icon simply captioned her photo "Inked for The Very First Time," while showing off her newly inked wrist.

Furthermore, the seven-time Grammy Award winner had her first ink at Hollywood's Shamrock Social Club. It was done by tattoo artist East Iz.

Over the comments sections, fans quickly figured out the meaning behind her tattoo.

A second user, meanwhile, warned the "Beautiful Stranger" songstress about being "addicted" to getting another ink. "You may get addicted !! Lovely tribute."

Meanwhile, a third fan complimented Madonna for choosing a lovely design with great meaning: "Love the tribute to your kids."

The same goes for another individual, who praised the blonde beauty for being proud of her kids. "First, for everything but very beautiful and a symbol of love and pride for your children."

Aside from her first tattoo, Madonna proved that she can rock anything, even at 62.

Last October, the award-winning singer joined celebrities who debuted a drastic hair makeover during the quarantine.

On her Instagram, the Michigan-born pop icon showed off her new dyed pastel rose-color hair while encouraging her followers to vote.

"The three faces of a girl who just Voted!! Get out there and take responsibility, people!! #bidenharris2020," she wrote.

Weeks after, the Golden Globe winner spiced up her hair and switched to a more bold color, opting for a bright pink shade.

"My Name is Champagne Rose," Madonna captioned her photo, all while wearing a head-to-toe black ensemble with a leather top and leather straight cut pants.

The Secret Behind Madonna's Youthful Glow

The Queen of Pop likes to share a few tips to delay aging and doesn't mind going to extreme lengths to keep her youthful glow.

In a Twitter post, the "Evita" star revealed that her facialist, Tarin Skillets, uses a bizarre tool to massage her face.

"I'm just getting a facial right now from an aesthetician," she commented while showing off a video of the procedure. "OK, her name is Skillets, and she's really good at doing facials when I'm wearing my hair in bangs with a bow tie on my head."

The tool, which looked like a skillet fork, helps slow down aging by tightening the skin.

"Tightening your face with a fork and stabbing someone with a fork, I've done both," she mentioned in the clip.

Over the years, Madonna has been accused of going under the knife to alter her face. However, in an IG post, the legendary singer hit back at trolls saying that she has "free agency" over her body.