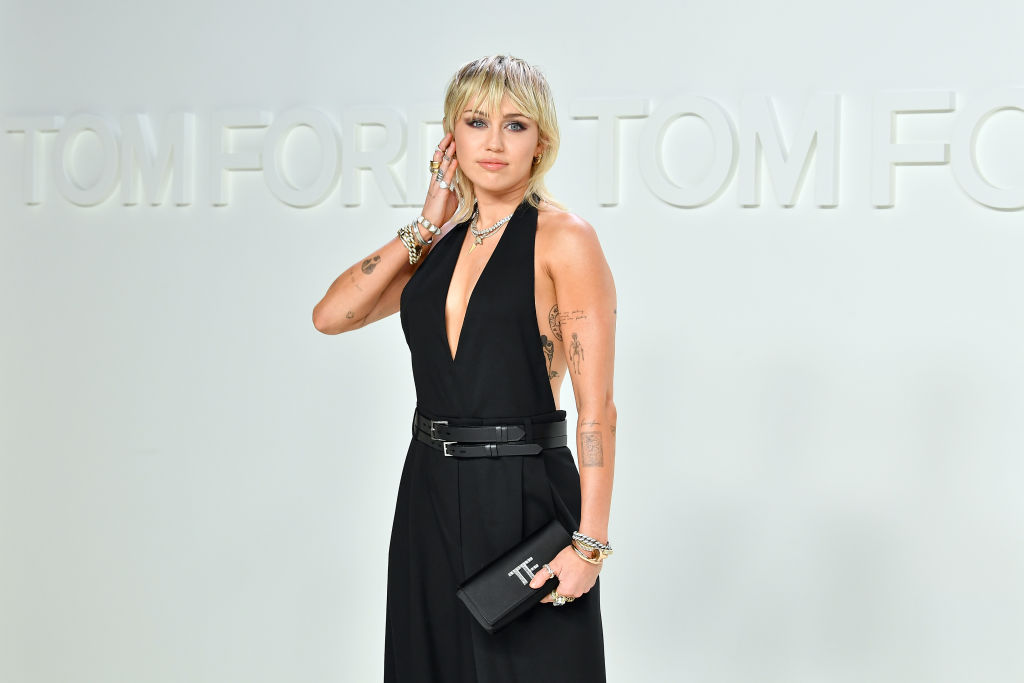 During her recent appearance at "Jimmy Kimmel Live" to promote her new album "Plastic Hearts," the former Disney star revealed the reason behind her modern mullet.

The blonde beauty explained to Kimmel that she was forced to do some at-home quarantine makeover due to the pandemic.

"All of us have had to adjust, a lot of things shutting down, keeping us from doing our kind of standard routines, which one of them was going to get a haircut for me," she mentioned, via People.

In addition, the "Midnight Sky" songstress revealed that it was her mom who chopped her long locks.

"So my mom offered, you know my bangs, I already had bangs, and they were getting long," Miley added.

However, Tish then warned her daughter that she "had only one option," and that is mullet--a hairstyle that is short at the front and sides but long at the back.

"And [my mom] said, 'Well, I can cut your hair, but I only know how to do one hairstyle, and I've been doing this since 1992 for your dad and for your brothers.' And all my mom can do is a mullet, so I had one option and needed it."

In May, the Grammy nominee joined a slew of celebrities who went for a quarantine makeover; however, in her case, she surprised her fans with a super short pixie mullet.

Cyrus took to Instagram and shared her new do alongside a caption, "I trained Tish well!;)"

Meanwhile, People previously reported that Cyrus and her mom sought advice via FaceTime from the singer-songwriter's trusted celebrity hairstylist Sally Hershberger, who also did her longer mullet.

She shared that her "pixie mullet is completely different from the original inspiration photo" that the blonde beauty sent.

Moreover, Hershberger then praised Tish for a job well done, and it seemed that the "Party in the USA" hitmaker was satisfied with the final outcome: "Miley loved the final look as much as I did! It's so cool and daring to mesh together two styles into one that really expresses her own sense of style."

The celebrity hairstylist added that the "Hannah Montana" star is very much "open to trying new looks" and can definitely rock any hairstyle.

"We were both really happy with how the haircut turned out, and I'm sure her mom will keep tweaking it a bit," she furthered.

Aside from Miley Cyrus, other celebrities who dove in with the trend is "Euphoria" star Barbie Ferreira with her dark mullet with heavy bangs.

Next on the list is "Stranger Things" star Finn Wolfhard, who leaned on to a more 70s-inspired shaggy mullet.

The recent victim of the mullet trend is Australian singer-songwriter Troye Sivan.  Earlier this week, the "My! My! My!" hitmaker shocked fans as he took to Instagram to share his full-on mullet hairstyle.