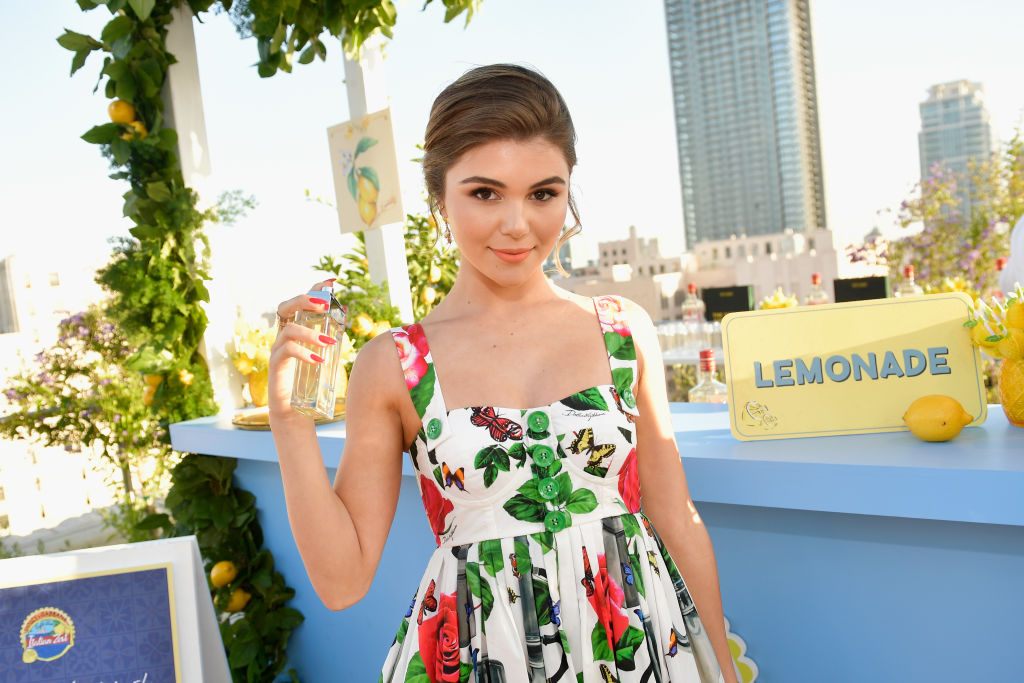 Though many were excited to hear her truth, Jada's mom, Adrienne Banfield-Jones, wasn't happy she appeared on the show.

In her first interview regarding their family's involvement in the college admissions scandal, Adrienne grilled the 21-year-old influencer for her "white privilege."

Adrienne didn't hide the fact that she was upset. She even told her 49-year-old daughter Jada and 20-year-old granddaughter Willow Smith that she had to fight "tooth and nail" to get to where she is now - and suggested that Olivia Jade "has it easy."

Before even Olivia Jade appeared, Adrienne said, disgusted, "I just found it ironic that she chose three Black women to reach out to for her redemption story."

"I feel like here we are, a white woman coming to Black women for support when we don't get the same from them."

Adrienne further claimed that "Her being here is the epitome of white privilege to me."

Once the YouTube star joined them on the red table, Jada immediately asked Olivia Jade if she understands "white privilege."

"Do you have an understanding of why I would be upset at your being here and what you all did and the harm that it caused?" Adrienne asked her.

Olivia Jade then admitted how she understood it and that her parents, actress Lori Loughlin and fashion designer Mossimo Giannulli, were involved in the college bribery scheme because they had the means to "do something" and that they "completely took it and ran with it."

She confessed, "It really cannot be excused; on paper, it's bad."

Olivia Jade also explained that she didn't appear on "Red Table Talk" to get people to side with her. Instead, she wanted to apologize for "contributing to these social inequalities," even went as far as to admit that she "didn't realize it at the time."

Adrienne then stressed to her that the issue was more significant than her and the Giannulli's. The feisty mother compared the Black community's fight for equality and equity to what Olivia Jade, her sister Isabella Rose, Lori and Mossimo, had gone through.

She explained, "I think for me, it's like there is so much violent dehumanization that the Black community has to go through daily."

"There is so much devastation, particularly this year, 2020, with the pandemic and everything brought to the table about how there are so much inequality and inequity, that when you come to the table with something like this, it's like, 'Child, please.'"

Adrienne then confessed to feeling extremely tired with what the Black community had to go through, adding how they have little to no energy to spare over Olivia Jade and Bella losing their endorsements or leaving school.

But she continued to stress that even after her parents' sentences, "at the end of the day, you're going to be okay" and that "you will live your life," and added, unlike "many of us that it is not going to be that situation. It makes it very difficult right now for me to care."