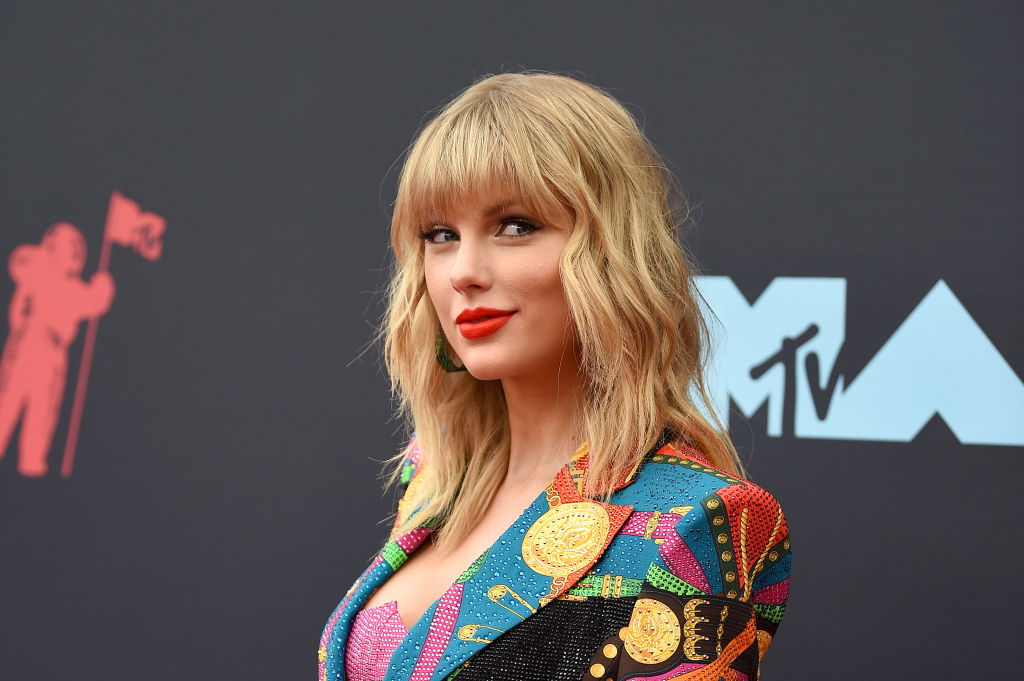 Taylor Swift is full of surprises this 2020.

On December 10, the Grammy award-winning singer-songwriter announced that she's releasing a new album at midnight called "Evermore." It is her ninth studio album.

She described it as a "sister" album to her recent release five months ago, "folklore."

On Instagram, the almost 31-year-old artist expounded the making of the album.

"We couldn't stop writing songs. To try and put it more poetically, it feels like we were standing on the edge of the folklorian woods and had a choice: to turn and go back or to travel further into the forest of this music." 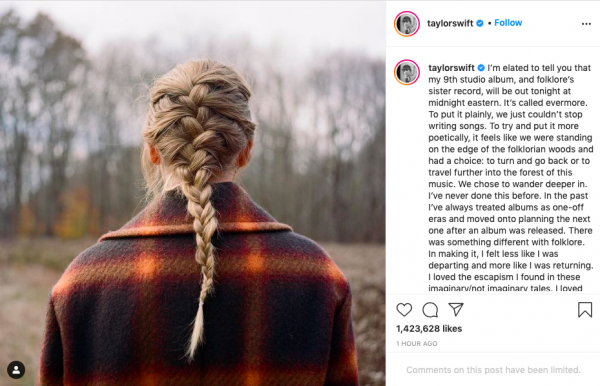 Taylor Swift admitted that this is something she has never done before.

The "Lover" hitmaker explained, "I've always treated albums as one-off eras and moved onto planning the next one after an album was released."

But with the "folklore," Taylor revealed that there was something with it.

While creating the entire album, she confessed to feeling "less like I was departing and more like I was returning."

"I loved the escapism I found in these imaginary/not imaginary tales. I loved the ways you welcomed the dreamscapes and tragedies and epic tales of love lost and found in your lives. So I just kept writing them."

Sharing the list of songs, Taylor, who turns 31 in three days, wrote, "Ever since I was 13, I've been excited about turning 31 because it's my lucky number backward, which is why I wanted to surprise you with this now."

See the tracks for "Evermore" below:

06 No Body, No Crime (featuring Haim)

16 Right Where You Left Me 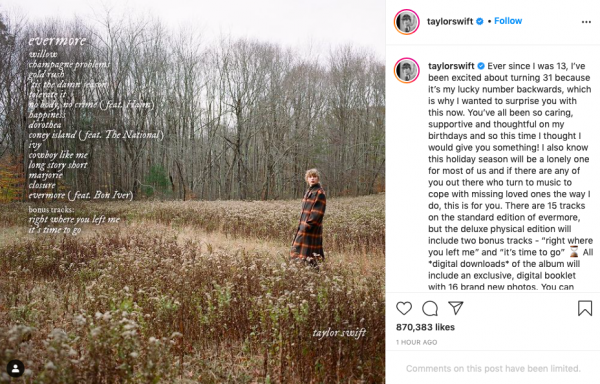 Aside from the surprise album, Taylor Swift also revealed she would be answering fan questions in the YouTube premiere of her music video for "Willow," which will be released at midnight ET, 9 PM PT.

Variety reported that even they are surprised with the "Bad Blood" hitmaker's announcement.

"While Swift has said in recent interviews that she's been writing, there was no suggestion that a new album was in the works, let alone weeks away from release."

Taylor also added that the holiday season will be difficult or lonely for some people and added that some might even turn to music to cope with missing loved ones the way she does.

So she's dedicating this album to them.