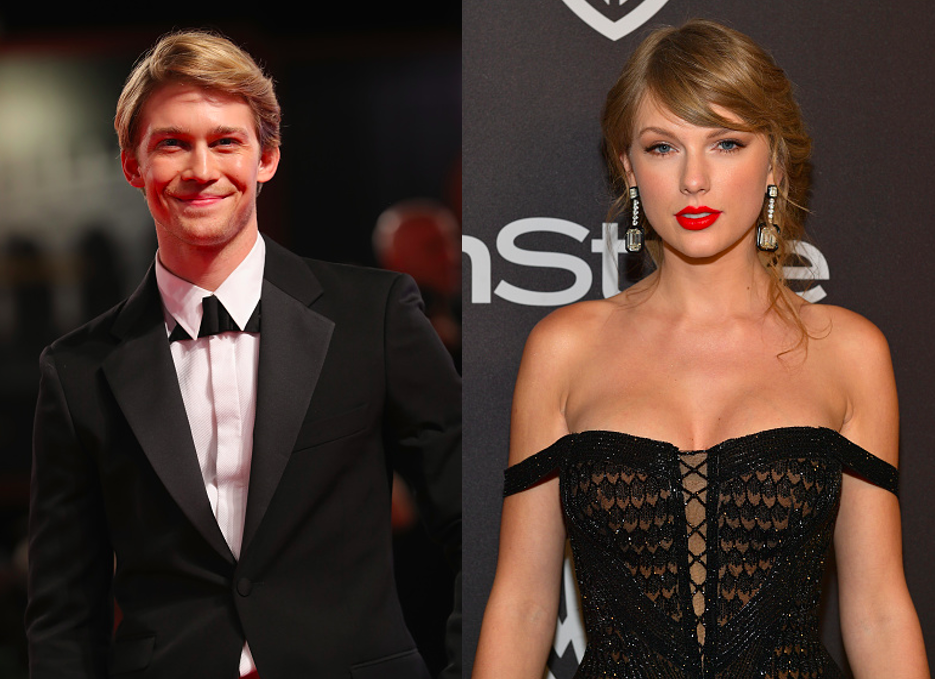 Joe Alwyn's family member only added to the ongoing rumors that he and Taylor Swift are already married.

Taylor sent her fans into a frenzy when she posed in what looked like a wedding dress for a teaser of her music video "Willow."

The dress is reportedly a $2650 Charm Star Slip Dress by Zimmermann from their 2020 Fall collection, but it isn't an official wedding dress.

Social media went crazy that this was the 30-year-old teasing her fans that she has indeed tied the knot to her boyfriend of four years.

Additionally, the Daily Mail reported that they didn't debunk the claims when they approached the British actor's family members for a comment.

Adding only fuel to the fire, they simply told the outlet, "I'm sorry. I'm not going to say anything." It is, unfortunately, not known which family member said it.

Joe's family reportedly has a close relationship with the Grammy-winning singer. According to Heavy, Joe and his younger brother Patrick Alwyn are massive fans of Taylor and would often spend time together.

An insider told Heavy, "Taylor's met all of Joe's family. They've done many a Sunday roast together in fact, it happens without fail if she's here over a weekend and they seem very comfortable around her."

When fans started questioning the "Blank Space" hitmaker of a secret wedding, they confessed that it wouldn't be surprising if they even had a secret daughter named "Willow."

One fan said on Twitter, "Honestly at this point, I won't even be surprised if Taylor swift announces her marriage and tells us she's had a baby girl named willow in the willow."

Previously, Taylor Swift announced that she would make a personal announcement, which initially sparked the wedding rumors - but it turns out, the news was about her second album of 2020.

Taylor Swift isn't done re-recording her masters, but she did release a sneak peek of her newly recorded "Love Story," which was recently featured in a dating website commercial.

Fans were convinced that she might have already said "yes" when Joe Alwyn popped the question.

In the song "Lover," released last year, many fans also pointed out that she referenced weddings throughout the song.

"My heart's been borrowed, and yours has been blue. All's well that ends well, to end up with you," one line said, seemingly relating to an old wedding saying.

Despite the theories, these are still unconfirmed.

An Us Weekly source revealed that though she isn't married yet, she is "definitely ready" to get married.

Her pals are reportedly placing bets on when Joe Alwyn and Taylor Swift would get married.

An insider revealed, "Taylor's friends are all talking about a proposal and how she wants to marry Joe. He's her dream guy."