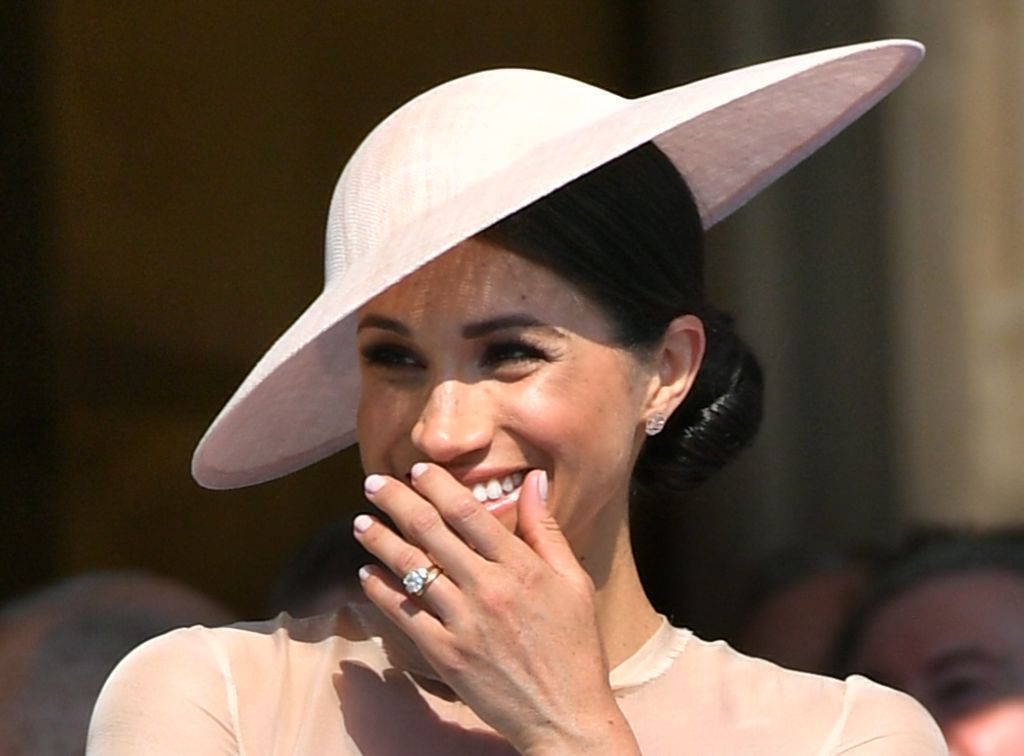 Despite Megxit, Meghan Markle is crowned the "most popular UK royal," according to a recent survey.

The Duchess of Sussex received a rating of 14.5% as per the global survey OnBuy.

Kate Middleton follows the former "Suits" star, getting a score of 14.4%, while Queen Elizabeth II ranked third in the worldwide survey with 14.3%.

It has been a whirlwind of a year for Meghan Markle and her husband, Prince Harry, who announced they were stepping back as senior royals in January 2020.

Though the couple's last engagements weren't royal-related, the 39-year-old mom-of-one increased her presence by being a virtual speaker amid the coronavirus pandemic.

Unfortunately, Prince Harry's popularity plummeted when he decided the royal life wasn't for him.

But on the bright side, the Duke of Sussex still beat his older brother Prince William by being the fourth most popular UK royal in the survey.

An etiquette expert claimed that the Duchess of Sussex has a "special technique" that made her stand out whenever and wherever she goes.

In an interview with Fabulous, Meier revealed, "As a patron for many charities and the guest of honor of many events, Meghan is constantly meeting and speaking with people and groups, and must be able to be relatable to all."

Meier further explained that to be likable, the former Hollywood starlet has a technique that makes her even more photogenic.

She said, "We often see on video when Meghan walks into a room to greet others, she follows the formula: Eyes open and mouth open."

"While doing this when entering a room, it shows likability, openness, and receptiveness, and often captures on camera well for stills photographs too."

Speaking of Meghan's body language, Meier mentioned how people often see her mirroring the body language of the person she's meeting or greeting for the first time.

The expert added how she noticed even the smallest details were carefully calculated by the Duchess when it came to her social interactions.

"We have seen Meghan Markle walking into a room or party many times using this technique, so she doesn't have to switch hands with her bag from her right to her left before she shakes hands."

Meanwhile, royal biographer Angela Levin claimed that Meghan couldn't bear the fact that their rivals, Prince William and Kate Middleton, have recently been in the spotlight because of their three-day royal tour.

The Duke and Duchess of Cambridge embarked on a tour to meet with the COVID-19 pandemic heroes. The couple has also received positive feedback and praises for recognizing the workers' efforts.

But Levin said that their tour coverage overshadowed the Sussexes' plan of launching their awards to celebrate the work done to promote the crucial causes for them.

Levin told TalkRADIO, "I get the sense that Harry if he wasn't with her, would be quite happy to disappear from view and quite happy to live a relatively quiet life."

"But she can't bear that, and she will be driven even madder today by seeing William and Kate doing a three-day UK tour, traveling by train and meeting people."

"They will be all over the papers this week. That will make her crazy."