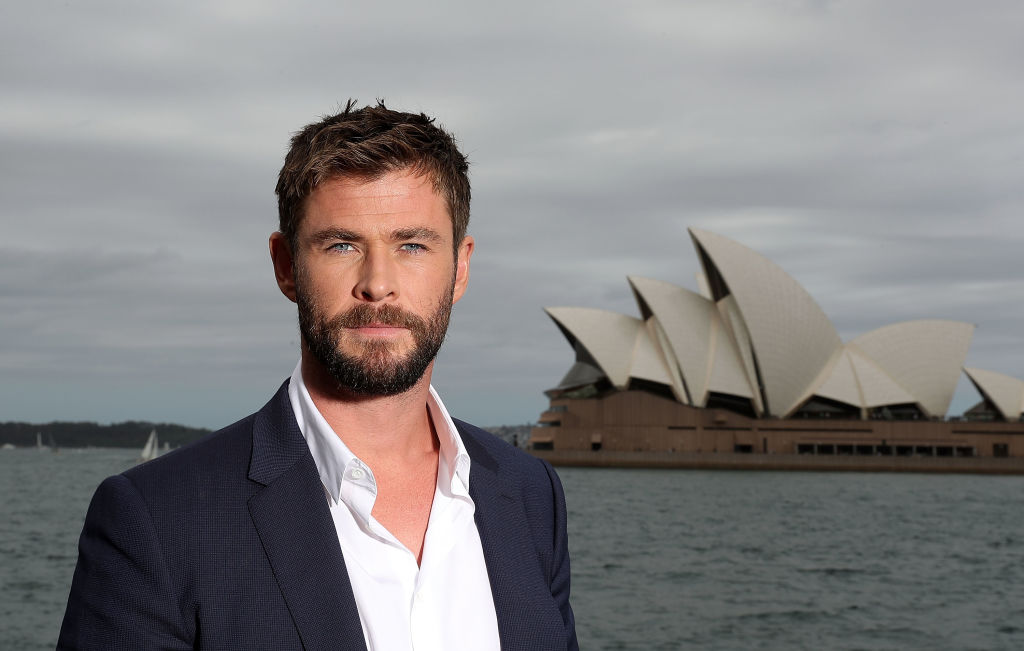 Are Ryan Reynolds and Chris Hemsworth feuding? Not really, but the two certainly know how to banter and throw digs at each other like pros in social media.

After Reynolds got his own mom, Tammy Reynolds, to trash talk Chris Hemsworth, the "Thor" actor hit back with force.

To my fellow @agboleague superhero fantasy football players. I don’t trash talk. Even if it’s “required”. Even if it benefits the astounding work of @sickkids hospital. Disparaging others isn’t what heroes do. I was raised to treat friends with respect. #ChrisHevansprine. pic.twitter.com/a6XsNvsRwt

In a funny new clip, Chris can be heard calling Ryan a "d**head," as reported by Hollywood Life.

In the video, Hemsworth can be seen on the set of his new Netflix film "Spiderhead." He was sitting next to the movie's costume designer Dan Blacklock when he went, "Hey, Ryan Reynolds. What's up, man? I saw you got your mum to trash talk me and say some horrible things about me, so I've got my dad here to say a few things about you," referencing Blacklock.

Blacklock did not want to get into the middle of the "feud" and said,  "I'm not your dad," making the whole clip even more hilarious.

Hemsworth refused to listen and told Blacklock his "dad" to share what he really thinks of Ryan.

"He's a top man!" the crew member said, which did not please Chris.

"He's not a top man! We talked about this before. Tell them all the stuff we discussed: you hate him, he's a d**khead, the worst actor, your least favorite Canadian in the whole world," Chris said, with fake anger.

Dan claimed that the father-of-three was just being plain "ridiculous." Chris was persistent and replied: "It's not ridiculous, it's what we talked about!"

Hemsworth is far from over at that point.

"You said you hate Aviation Gin, it's disgusting," Chris said in his fake conversation with Dan.

It can be remembered that Ryan owns a gin company that he just sold for a massive amount of over $600 million.

Continuing the charade, Dan claimed that Ryan's gin is actually his "favorite drink."

Acting like he did not hear what Dan said, Chris asked the crew member, "And Green Lantern, what did you say about that?"

Dan said it was actually "the best," which made the Aussie fake-cringed.

"It's not the best movie ever. Even if you liked him, it's not," Hemsworth said, not breaking the character of someone irritated with Reynolds.

Ryan and Chris Feuding for a Cause?

The fake feud is not all for fun though. It's actually for a good cause.

The whole comedic diss fest is part of a AGBO Superhero League, which calls itself "a one-of-a-kind fantasy football league featuring some of the biggest superhero stars playing for charity."

Hemsworth was up against "Captain America" star Chris Evans in the first round of trash talking and won.

Given their respective victories, it is now the turn of Ryan and Chris to battle it out. The new clip showed that Chris can certainly hold his own against Ryan, who has his fair share of practice in fake feuding.

It can be remembered how Reynolds entertained many with his back-and-forth diss exchange with "The Wolverine" star Hugh Jackman back in 2018. The whole fake feud took three months, up until the two declared a truce (which lasted for a while until it suddenly picked up earlier this year, much to the amusement of their fans).