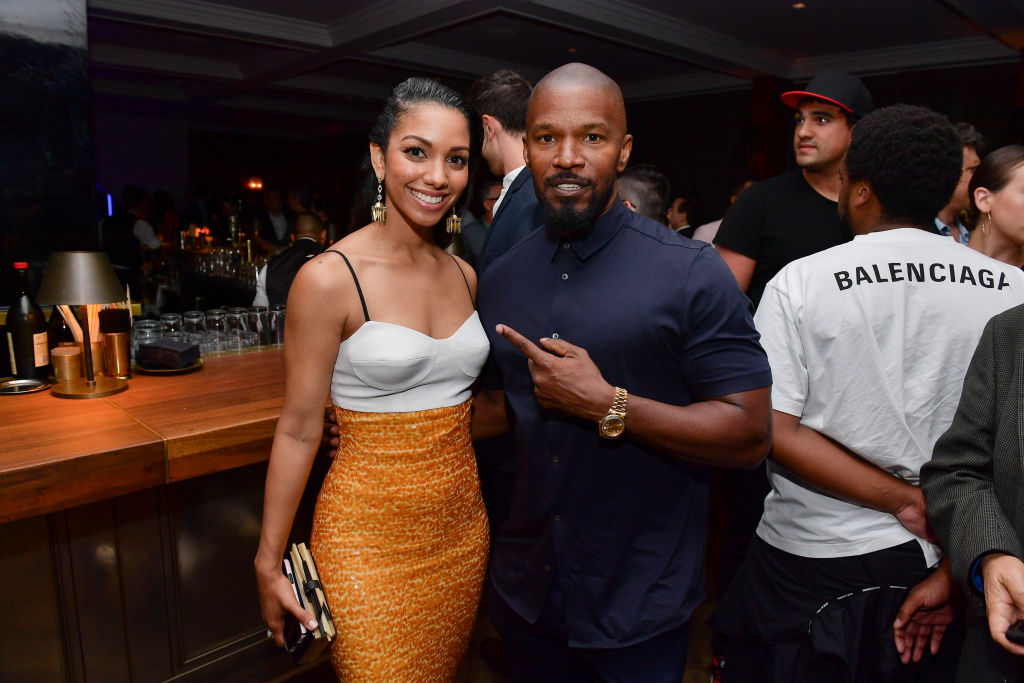 Corinne Foxx is starting to step out from her very famous father, Jamie Foxx's shadow. She's quite outspoken, so it would not really take that long. She actually shared how embarrassed she sometimes can be of her own father!

Foxx recently gave an interview to the Post and she did not hold anything back.

She revealed that although she is doing everything to step out of her father's shadow, this does not mean she despised her father.

Instead, she revealed how close they are. Unfortunately, just like any daughter, her father reportedly occasionally "embarrass" her. One time, she was massively embarrassed of her father's fashion sense.

"My dad is one of the funniest people alive," Corinne said. "But growing up as his daughter, it can sometimes be embarrassing."

She recounted how her father would knock on her boyfriends' doors and scare them away or wear clothes that are simply too young for his age - such as really tight pants.

On the same interview, she shared Channing Tatum himself called her up to impart to her some solid advice about the world she is trying to break into - modelling. She was just 19 then.

It can be remembered that Tatum and Jamie Foxx worked together in White House Down.

"My dad had Channing Tatum call me," Corinne told The Post. "[Tatum] said, 'Do not let them take your worth away from you. I want you to be careful because they can ­really tear you down in that industry.' "

However, she shared that while she was interested in the modelling world, neither her father nor Tatum made her feel an intense rush be part of world of showbizness.

Still, she's now part of it.

She is now starring at the new Disney+ movie "Safety".

The delay was actually not because of a lack of desire; but a sense of wanting to do something different from her father.

"Acting was something I always wanted to do, but I felt like it was expected of me," Corinne, 26, said. "And you never want to do what people expect you to do."

After graduating from USC, she got a job and was just too happy to do something not expected of her. She even announced her graduation happily in Twitter at the time.

"I got a job in advertising and I was like, 'See ya later! I am not doing anything in the film industry,' " Corinne recalled. "But then I was sitting at my desk, looking out the window, and I thought, 'Man, am I really not going to pursue my dream just because people expect it from me?' "

After a year, she moved back to LA and enrolled herself in some classes to develop her acting career.

Therefore, even though she was amazing at advertising and at modelling, which she was able to do for big brands like Yeezy, Dolce & Gabbana and Ralph Lauren, Hollywood simply was her calling. Not to mention, she is Miss Golden Globes 2016!

At least, she carved her own path and did not really rely on her father.

"I think it had to be my own journey to get there as opposed to people telling me what I should do," said Corinne, who also demonstrated her acting prowess at 2019's "47 Meters Down: Uncaged," a thriller. It was important for her not to be just following Jamie's footsteps, and just be his shadow, she admitted.