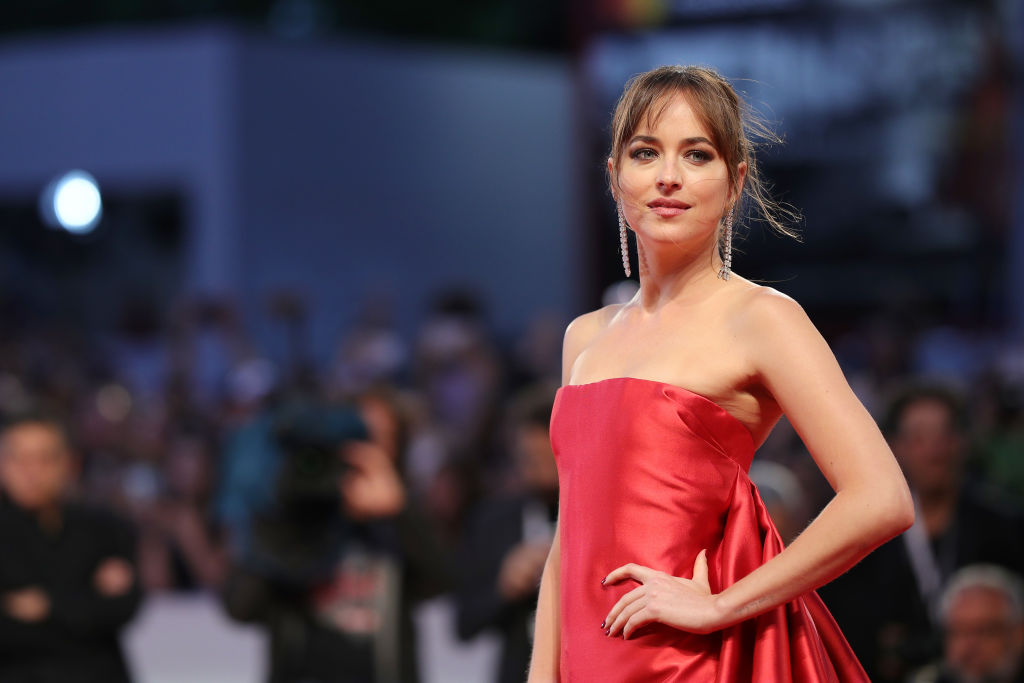 The news came after the "Fifty Shades of Grey" star was photographed rocking a huge emerald ring on her left ring finger, according to Page Six.

Moreover, during her errand trip in West Hollywood when she was spotted with the ring, the brunette beauty was sporting a casual outfit with a messy bun and mask while wearing an oversized black fur coat over a printed shirt and gray sweatpants.

Dakota Johnson has been dating the Coldplay frontman for nearly three years, ollowing her split with model, indie guitarist and singer Matt Hitt in 2016.

As for the "Viva La Vida" hitmaker, he was previously married to Hollywood actress Gwyneth Paltrow, with whom he shares two children--16-year-old Apple and 14-year-old son Moses.

The couple ended their 11-year marriage after announcing their "conscious uncoupling" in March 2014.

Two years later, the Goop founder and the father-of-two were officially divorced, citing "irreconcilable differences" as the reason.

Johnson and Martin were first seen out in public in 2017 after they were spotted getting "cozy, laughing and affectionate" while dining at a sushi restaurant in Los Angeles, People.

At the same year, the 31-year-old Texas native reportedly flew all the way to Buenos Aires, Argentina to attend the singer's concert.

"More Than Just a Fling"

Although they tried to keep their relationship status private, Us Weekly confirmed that the "How to be Single" actress and the singer-songwriter are dating.

"Dakota and Chris are definitely dating. They've gotten to know each other really well and are very comfortable from one another. Chris sends Dakota his music to get her opinion. It's more than just a fling," a source revealed to the publication in 2017.

Following the news about the pair's romance, Dakota and Chris were spotted together multiple times in a PDA-packed dates around California.

A source told People that their relationship seemed "to be getting more serious."

The actress' mother, Melanie Griffith, also gave her approval to her daughter's relationship with Martin and said that she "adores him."

As for the BAFTA nominee, who is notoriously private about her life, she remained hush-hush about her dating status but confessed to Tatler that she is "very happy" with Martin.

With the couple being tight-lipped about their relationship, rumors sparked in 2018 that Johnson was pregnant with her first child with "The Scientist" hitmaker.

At the time, TMZ cited that the pair secretly threw a gender reveal party attended by family and close friends such as Julia Roberts and Sean Penn.

However, Johnson shut down the rumors and mentioned that she is not pregnant.

"The only thing I'm pregnant with is a lot of good ideas, but not any babies," she said in an episode of  "The Ellen DeGeneres Show" in the same year.

In addition, her representative also confirmed to Us Weekly that the party was for the actress' birthday and not for gender reveal.