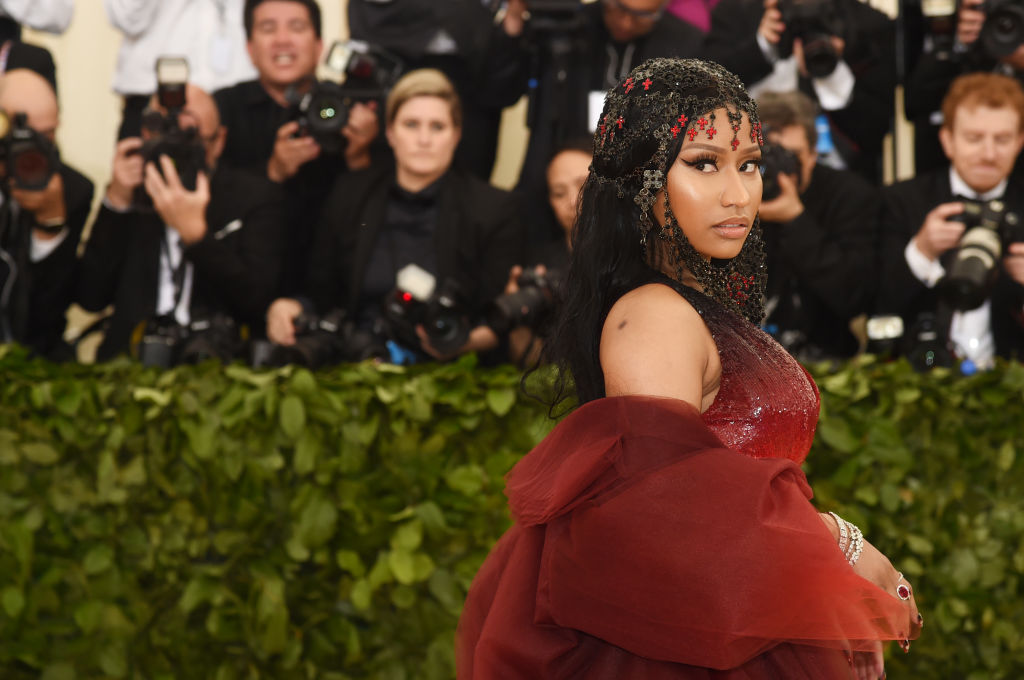 Nicki Minaj, a new mom herself, has been hit with accusations of body-shaming someone who just gave birth and breastfeeding. The accuser is none other than Drew Sidora, one of the main stars of "The Real Housewives of Atlanta."

Sidora came into contact with Minaj when she auditioned for a role on an ABC sitcom based on Minaj's childhood. Instead of being treated with grace by her idol, Sidora alleged on Kandi Burruss' "Speak on It" that Minaj made an unexpected comment, as reported by People.

"I was up for an ABC family series, a Nicki Minaj pilot. And Nicki herself said that. She said I don't look how I looked when I played T-Boz," Drew shared. "I was like, 'Nicki!' It was like, all these ABC execs around but I had gone through about five rounds. And she really, really liked me."

According to Drew, the reason she no longer looked like she used to as T-Boz in the 2013 TV movie "CrazySexyCool: The TLC Story" was because it was roughly three months after she gave birth. As such, when she was auditioning for the coveted "Minaj" role, she "was literally still breastfeeding."

Sidora is the newest "RHOA" cast member, and it is clear from the interaction that she is not one to keep mum when she felt injustice done to her. She obviously knows how to speak her mind.

Despite being hurt by the comments, however, Drew said she took the remarks as an inspiration to start her weight loss journey. "What I took away was, 'Girl, get your life together. Get back in the gym. You can't keep blaming it on the baby and get to work,'" Drew explained to Kandi.

Drew emphasized that body-shaming is not cool, but if new moms ever landed in that bad situation, then they should just take it in a stride and do something about the excess weight.

"It did give me that motivation. So I turned it into lemonade like let's get in the gym and really get my career back. So, I've been on a journey of weight loss and just getting back to good health," she concluded.

Nicki Minaj herself is not unfamilar to the bad effects of body-shaming.

Back in 2018, her fans rallied behind her after the rapper was shamed.

She opened E!'s People's Choice Awards with Tyga, singing their song "Dip (Remix)." Nonetheless, some people who were able to watch it acted beyond afterwards. Some slammed her for allegedly forgetting the lyrics of the song, but more were focused on a thing unrrelated to her skill as a singer in the first place: her weight.

"The Shade Room" posted a clip of the performance on Instagram and immediately, people began spewing hate and below-the-belt criticisms on the comments section. There were those who called her "Miss Piggy," saying she looked disgusting in her leather outfit.

"I'm sorry but she looks disgusting. If u gonna get your body done. It should be done to perfection," one comment read, as reported by VH1.