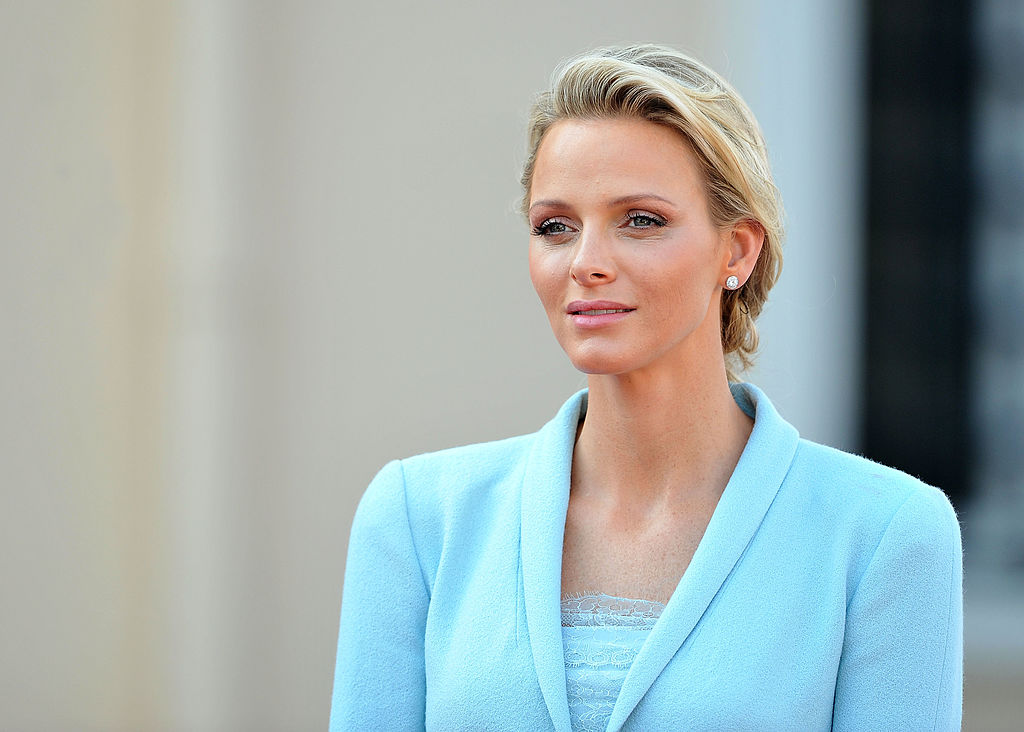 This royal is rad - radical that is. Princess Charlene of Monaco went against every royal rule book there is about hairstyles by rocking a very unconvential and very 2021 look.

The wife of Prince Albert recently attended a Christmas gift distribution event on Wednesday and there, revealed a look unseen in other princesses.

Princess Charlene of Monaco usually wear a blonde bob, which can already be quite pushing it as most princesses sport longer tresses, but this time, she opted to change it up with a dramatic new "half hawk" haircut.

The royal, 42, had her head shaved on one side and at the back of her neck.

While the hairstyle is very rock star, the rest of her ensemble is certainly be very royal-lish.

Wow! so this is the new hair style of Princess Charlene of Monaco😳 what do we think- I think its a bit over the top & un-royal like😬 but whatever makes her happy🤷🏾‍♀️ pic.twitter.com/y8plQxAkFc

Princess Charlene's hairstyle is rocked with a sequin face mask that perfectly matched her black and gold ensemble. That said, even with a very modern haristyle, she looks every inch of a royal screaming sophistication and elegrance as she hands out gifts to the children of Monaco.

"She wore a beret on which concealed it, but up close I could see where she had her temple and the back of her head, completely shaved," one event participant shared to People Magazine.

Others keep saying the look is simply bizaare for a royal and quite an "an absolute surprise!" Despite noticing how different the look is in royal standards, nobody is claiming the haistyle does not suit the princess.

Princess Charlene of Monaco has always loved to change her hairstyle up though. She does not stick to the usual long waves or long straight hair of other female royals.

Earlier this year, she debuted baby bangs that made her look more of a model than a princess.

Princess Charlene, who represented her home country of South Africa at the 2000 Sydney Olympics, usually wore her hair above her shoulders. She had the same hairstyle since she retired from swimming in 2007.

Her hairstyle is also not ahead of its time for royals, but also quite chic and unique among moms.

Not that hairstyles can affect parenting skills.

When it comes to her parenting skills, Charlene cannot be faulted at all. According to Hello Magazine, Prince Albert and Princess Charlene's twins marked their sixth birthday on Dec. 10, and Charlene certainly made an effort to make the two happy, despite the pandemic.

Proud mom Charlene posted a photo of the celebrations on Instagram showing how happy her kids were of the simple party thrown for them. In the caption, the princess called her children "beautiful."

This is just another positive adjective Charlene uses in describing her children. Last year, she described them as "unstoppable."

In Point de Vue, a French royalty magazine, Princess Charlene described how her twins  "talk to each other all the time, and like all children they sometimes can be a little abrupt, a little hard even in their exchanges, but they support each other unconditionally."