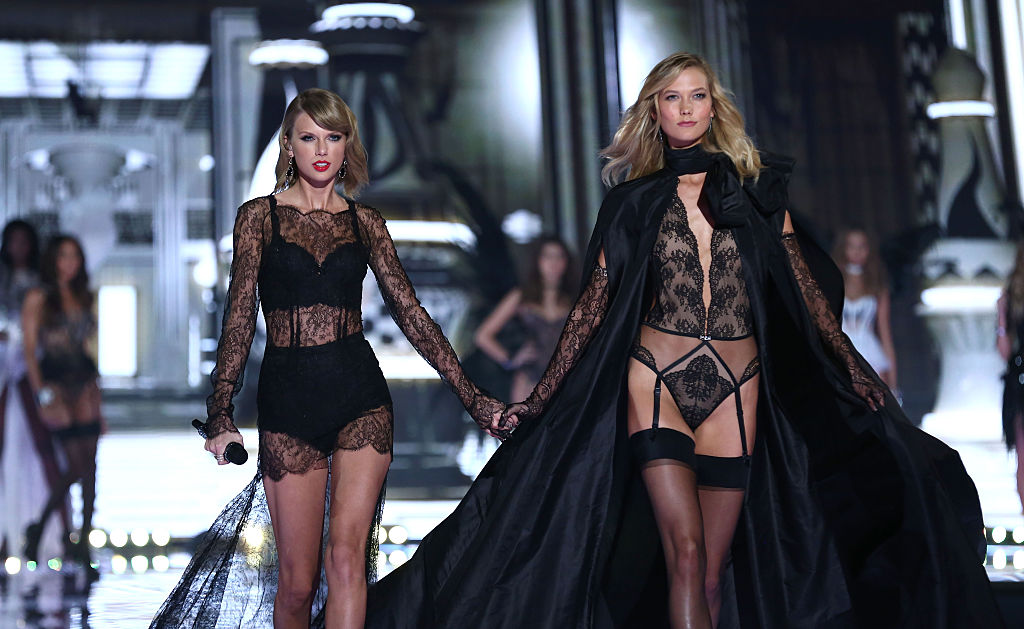 Taylor Swift is continuously making headlines with her second quarantine album "Evermore." Now, fans are thinking that one of her bonus tracks in the album is referencing her former BFF Karlie Kloss.

The Grammy winner's army of fans, known as Swifies, are cracking the code to her songs and their hidden meanings.

On Twitter, Swifities have posted their theories as they attempt to determine the meaning behind her track "Gold Rush."

Others believe that the said track in Taylor Swift's new album is a subtle aim at the Victoria's Secret Angel and her nemesis Scott Borchetta and Scooter Braun.

"Try to convince me Taylor Swift's new song Gold Rush isn't about Karlie Kloss betraying her to get rich with Scooter Braun & the Kushners," one wrote.

To recall, in May 2019, the Vogue cover girl posted on Instagram a photo of herself wearing a gold minidress with black puff sleeve detail alongside a caption "Gold Rush."

On the other hand, a second user sarcastically greeted the 28-year-old supermodel for making it to Taylor Swift's new album.

"Congratulations to Karlie Kloss for her first Taylor Swift song notice! not many people can achieve this feat."

Meanwhile, an individual pointed out that the "Shake It Off" hitmaker's "Dorothea" song was written for her former bestie, as she spoke about letting go of their friendship.

"I get the vibe that Dorothea was written about Karlie Kloss. Here me out. It's like she's accepting there was a really close relationship. But now there isn't. And that's ok. It's like she is letting her know that there is nothing but peace now."

Interestingly, the controversial song has a lyric that reads, "Friends break up, friends get married / Strangers get born, strangers get buried."

However, despite the several fan theories regarding Taylor Swift's songs about her ex-BFF, she did not disclose the meaning behind her tracks.

Both blonde beauties first met when the Tennessee native performed at the Victoria's Secret Fashion Show in 2013.

Swift sang "I Knew You Were Trouble" while the 6-foot-2 stunner walked the runway wearing a beaded bodysuit for the "Snow Angels" portion.

At the time, Kloss told HollywoodLife that it was her first time meeting the pop icon and they instantly connected and became BFFs.

"We met at the show, we never met before but we're BFFs now. It's nice to meet another American girl, we're the same age and she's so inspiring - she's so talented and she's true to who she is. She's a cool girl and I'm glad she's in the show this year, she rocked it."

A year later, they went on a road trip and drove to Big Sur in California, which she described as their "adventure of a lifetime."

However, their friendship took a sour turn in 2019 after news broke that the supermodel is taking advantage of the pop star's generous hospitality.

In a report obtained by Fox News, it was claimed that the "Cardigan" hitmaker was "furious" when the runway royalty invited friends over to her $47.7 million Tribeca compound without getting Swift's approval.