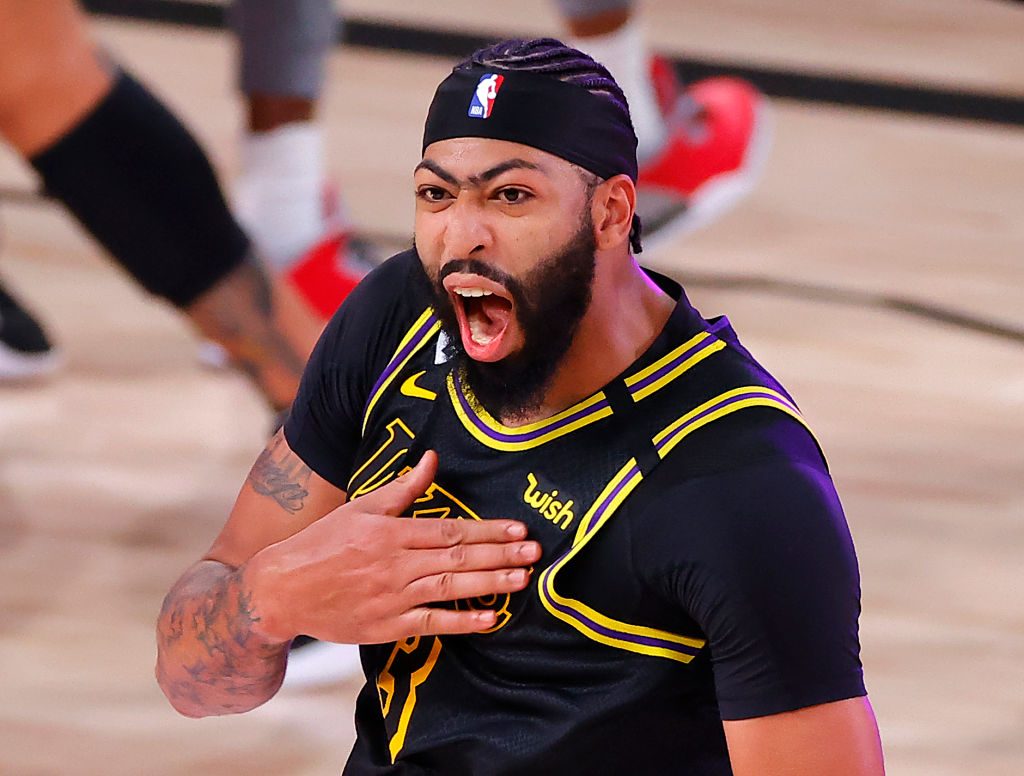 Los Angeles Lakers superstar Anthony Davis is about to give back to his fans before Christmas.

Just a few more hours before Christmas, the internet will witness Davis launch a virtual event in partnership with eBay.

"NBA champ Anthony Davis is partnering with @eBay to launch the "Santa Sneaker Drop" - an augmented reality digital giveaway of 500 pairs total of these 19 rare pairs over the next 3 days," he wrote.

Some of the 19 rare pairs of virtual sneakers to be given away reportedly include the Off-White x Air Jordan 1 "Chicago," Travis Scott x Air Jordan 1, and the Sean Wotherspoon x Nike Air Max 9/1, among others.

Both Davis and the e-commerce company also partnered with Soles4Souls for the event.

Soles4Souls is a Nashville-based organization that collects old and new pairs of shoes before delivering them to other people as a direct donation.

For "Santa Sneaker Drop," the organization will be responsible for giving away over 40,000 pairs of shoes from the NBA star and eBay to students in need.

How To Enter Anthony Davis' Giveaway?

To enter the Lakers star's giveaway, users must activate the exclusive experience through the camera on their mobile devices.

From there, a virtual sneaker box comes down a chimney and will pop a message whether you win a pair or not.

Users have five chances a day until December 24 to retry winning a pair of shoes.

Although good deeds are better than anything else, the 27-year-old professional basketball player became a hot topic for an online debate.

A few days before launching the Christmas event, Twitter users began an online argument over who is a better basketball player.

Most internet users suggested that Duncan is the GOAT since he is years ahead of Davis.

Meanwhile, Shaquille O'Neal hit Davis and said that he is not being a "big man."

Neither Duncan nor Davis already spoke about it. However, Davis seemed to be too focus on spreading the Christmas spirit this year instead.