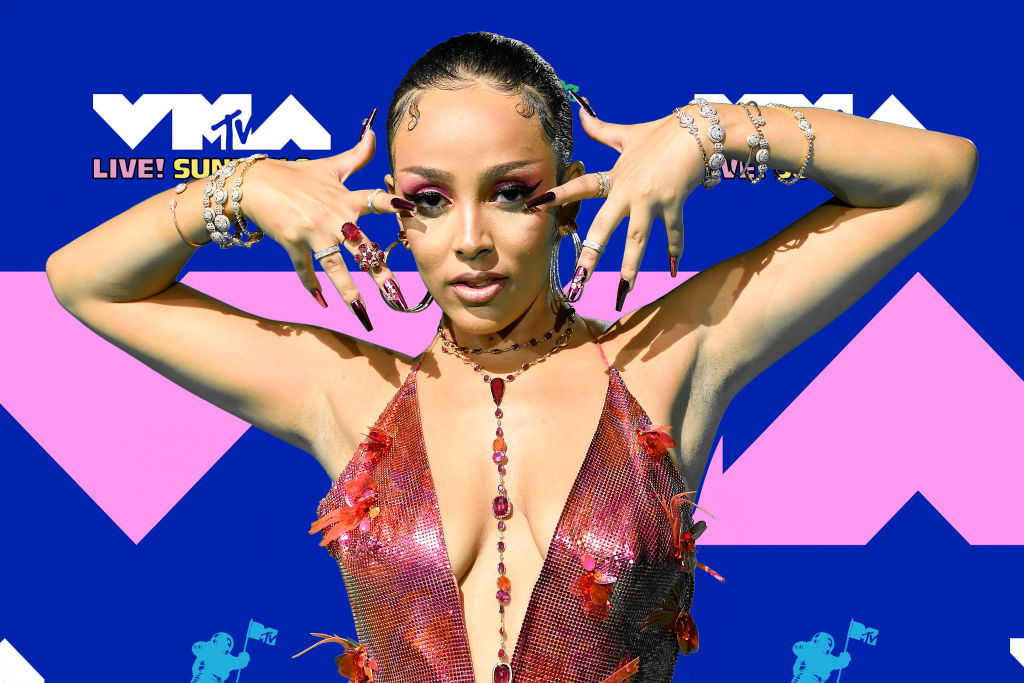 Doja Cat knew how to tease her fans, as she dropped a hint of a possible collaboration with some of the biggest artists this 2021.

Back in September 2020, Doja Cat announced that her new album is already done.

"It's all ready. I hate that I'm holding onto it right now....I see everyone saying 'put it out.. You have to plan things accordingly and there's a lot going on," she told Fat Joe during her Instagram Live interview.

Moreover, the "Say So" hitmaker explained that she is excited and promised to give her fans a new album when the time is right.

Now, the 25-year-old singer--whose real name is Amala Ratna Zandile Dlamini--made a following spree on Twitter. To top it off, she hinted that her new album might feature the chart-topping artists she follows.

"Following them for a reeeeaaaaasssoooonnn  ;)  Guess why," she wrote.

For what it's worth, Ariana is only following eight people on Twitter, including Megan Thee Stallion, Saweetie, Young Thug, SZA, French Montana,The Weeknd and Ariana Grande.

With this, fans believed that the American Music Award winner is collaborating with some, if not all of the said artists.

"THEY R YOUR FEATURES IN THE ALBUM?? HELP IM CRYING I CANNOT BREATH WE WON," one fan tweeted alongside a screenshot of Doja Cat following the "Icy Girl" songstress and the Canadian crooner.

The same goes with a second user, who seemed to be confident with her future project with The Weeknd: "I KNOW THE WEEKND COLLAB ABOUT TO BE A HIT."

Meanwhile, an individual  pointed out that her upcoming collab with the "Thank U, Next" hitmaker will surely be a huge hit.

"Doja, Nicki, and Ariana won't just be a song, it will be a moment. It will be taught in the history books. It will be the most powerful and impactful piece of work the world will ever see. More important than evolution or the big bang. DNA will dominate."

If her project with Ari will push through, this will be the second time that Doja Cat will have a collaboration with the "Side to Side" singer.

To recall, the pint-sized singer and the Los Angeles native have previously worked for Grande's recent track called "Motive" for her sixth studio album, "Positions."

Doja Cat knew how to tease her fans, as she dropped a hint of a possible collaboration with the likes of Ariana Grande and The Weeknd. (Frazer Harrison/Getty Images for RCA)