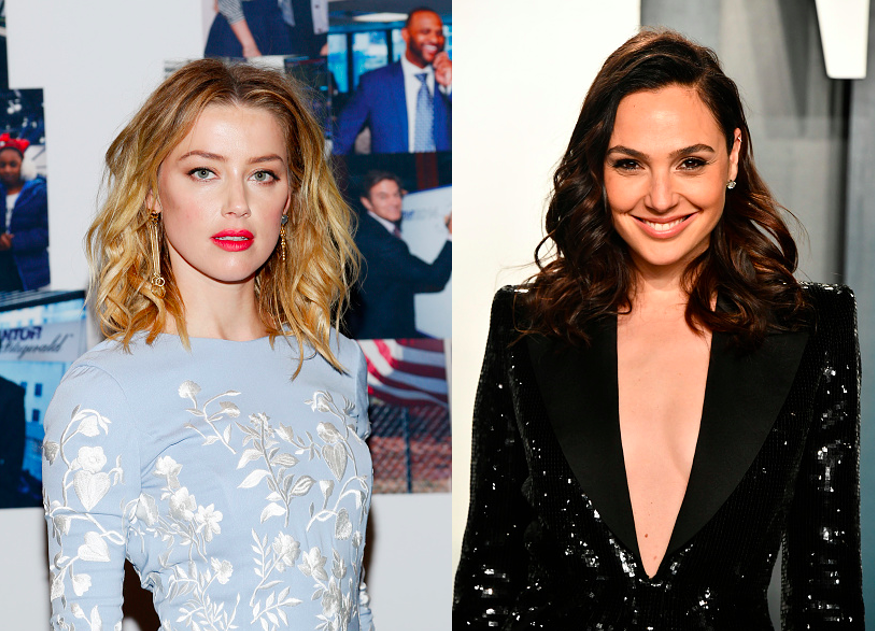 With her ongoing battle with ex-husband Johnny Depp, Amber Heard knows what everybody thinks of her.

Though she's not facing any backlash for being part of Zack Snyder's "Justice League," she may be afraid that her "Mera" series with HBO Max may not get the hype and praise it will deserve if she's the only A-lister starring in it.

This is why, as per We Got This Covered, Amber Heard started talking to Warner Bros. to say that she wants "Wonder Woman" star Gal Gadot to be in it.

However, the outlet said that basing on the online backlash about such an announcement would cause many HBO Max subscribers to cancel their monthly subscription.

But since the DC Extended Universe has a massive contract with the streaming platform, they have the right to do as many movies or shows as they want.

It's still best to take the outlet's report with a grain of salt, as there is no confirmation that Amber Heard would get her series, nor she wants Gal Gadot to be part of it.

A petition to remove her from the sequel of her film "Aquaman" received over 1.7 million signatures.

In November, a Change.org petition called the "Zombieland" actress a "known domestic abuser" who shouldn't be celebrated in the entertainment industry.

The petition also claimed that the 34-year-old star has "systematically crusaded to ruin Depp in Hollywood" by making up stories about her being abused.

After Depp lost a libel case over being called a "wife-beater" by The Sun, it led him to forcefully resign from his role in the famous "Harry Potter" spinoff, "Fantastic Beasts" film series.

Fans of the "Pirates of the Caribbean" star used social media to make their voices louder to Warner Bros. that Amber Heard should be fired from her movie.

Amber Heard Speaks Out About the Petition

The "Pineapple Express" actress had previously shut down talk of her leaving her role in "Aquaman 2" telling Entertainment Weekly that she can't wait to start filming.

Speaking about the rumors of her forceful exit or termination from the film, Amber Heard said, "Paid rumors and paid campaigns on social media don't dictate [casting decisions] because they have no basis in reality."

She added, "Only the fans actually made Aquaman and Aquaman 2 happen. I'm excited to get started next year."

But the outlet noted that Warner Bros. still hasn't given the sequel the green light.

The studio previously set a December 2022 release date for the movie, but it's unclear if their filming would be accomplished before the announced premiere because of the coronavirus pandemic.