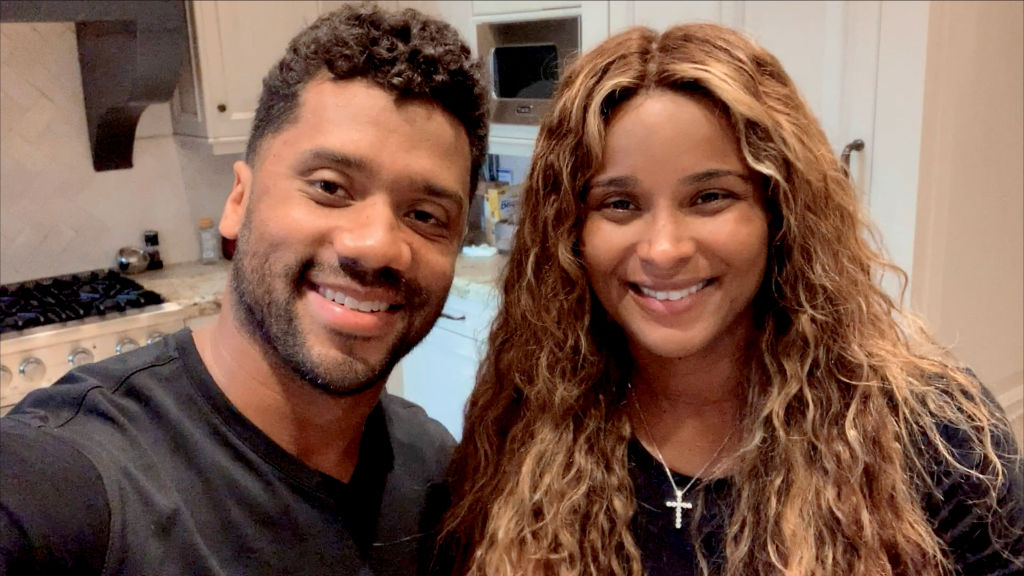 Ciara and Russell Wilson family is truly one to aspire for. COVID-19 did not stop Ciara and the kids in making the Seattle Seahawks quarterback feel loved as he played the sport.

Ciara's latest Instagram picture showed how much she and her kids support and love Russell Wilson. They proved just how ready they are for the quarterback's playoff game on Saturday by donning matching varsity jackets in Seahawks colors, with "W" emblazoned in them, as reported by Yahoo.

Ciara posted a bunch of pictures on her social media and let her followers see how cute the three kids were in their cheering attire.

"We're so proud of you @DangeRussWilson! Wish we could be at the stadium cheering you on today! Go Baby! Go Daddy! #GoHawks #3 #Playoffs @Seahawks " Ciara wrote as a caption to this cute photo.

Ciara and Russell Wilson kids are too young to be out and about as the world deals with a relentless pandemic. Even though the elderly are the ones truly more at-risk, children are too young to understand the pandemic and the necessary safety precautions, making it best for them to stay home.

In the picture are CIara and Russell Wilson's two kids,  Sienna Princess Wilson and. baby Win Harrison Wilson. On it too is Ciara's eldest son Future Zahir Wilburn, whom she shares with her ex, Future.

The new post just showed how much love is being shared within their family. Even Ciara's oldest son with Future is supportive of Russell.

The two have already proven that they're total #relationshipsgoals in the past though.

On his part, Russell Wilson showed just how valuable Ciara is to her. Everyone can still remember how emotional he made their fans feel when he published his tribute to his 'queen' on Ciara's 35th birthday back in October.

Seattle Seahawks Lost but He Certainly Won with His Family

Unfortunately, after splitting the regular-season series with the Seattle Seahawks, the Los Angeles Rams won the rubber match.

The Rams attained 30-20 victory in the NFC Wild Card Round on Saturday at Lumen Field, as reported by the Bleacher Report.

Russell Wilson was held to 174 passing yards and only achieved around 40.7 percent of his passes.