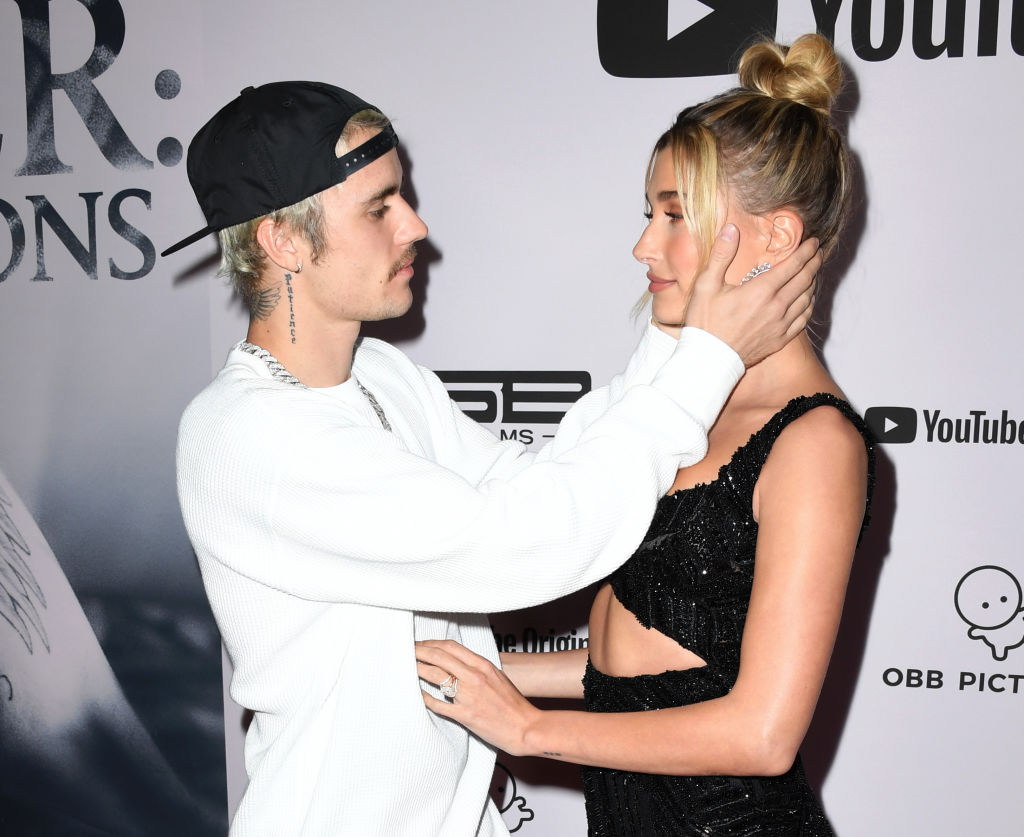 Even after two years of marriage, Hailey Baldwin and Justin Bieber are still savoring every bit of their honeymoon stage.

Just recently, the power couple took to social media to prove that they are still head over heels with each other.

In a series of posts shared by the Canadian superstar, the two kicked off 2021 with a tropical vacation, featuring various sweet snaps during their Hawaiian getaway.

One of which is the "Yummy" hitmaker's road trip bonding with the blonde beauty, riding in what appeared to be a mini-truck as he sported a printed beach shorts and a black hat.

Justin Bieber's wife, on the other hand wore an oversized checkered shirt over a black triangle top as she kissed her husband on the cheeks.

The second photo featured the couple sitting on pool lounge chairs while the 24-year-old model gave the "Baby" singer a tight hug on the waist. She was donning a skimpy black matchy swimsuit.

In his last photo with the former Ralph Lauren muse, the singer-songwriter posted a candid snap of him kissing Hailey, who was still wearing a snorkeling gear on her head and was wrapped with a white towel.

As for Justin Bieber's wife, she welcomed the year with a bang with her sultry snaps alongside the Canadian pop star as they jetted off to the tropical paradise.

In one of Hailey Baldwin's Instagram posts, the runway model called it their "adventure time" as the two shared their relaxing getaway, basking under the sun and doing fun activities such as snorkeling and hiking.

Over the comment section, her cousin and film producer Kahlea Baldwin teased the blonde beauty as she wrote, "It's really slide 2 for me," referring to the photo of her husband kissing him on the cheeks right after a snorkeling session.

The young couple's dreamy gateway came after reports about them not opting to not have a baby anytime soon.

In his previous interview with "The Ellen DeGeneres Show," as obtained by Us Weekly, the award-winning singer got honest about his future plans with Hailey.

Beiber mentioned that he thinks that Baldwin "is not ready" to have a baby yet as she is still focused on her career.

"There's not really an issue, but I think Hailey still has some things she wants to accomplish as a woman," he explained, adding:  "And I think she just is not ready yet, and I think that's OK."

In addition, the hitmaker revealed that he wanted to have "as many as Hailey is willing to push out"; however, it is still up to his wife.

"It's her body and whatever she wants to do," Justin  added.

It sure looks like Justin Bieber and Hailey Baldwin are still savoring their honeymoon stage. (Jon Kopaloff/Getty Images)