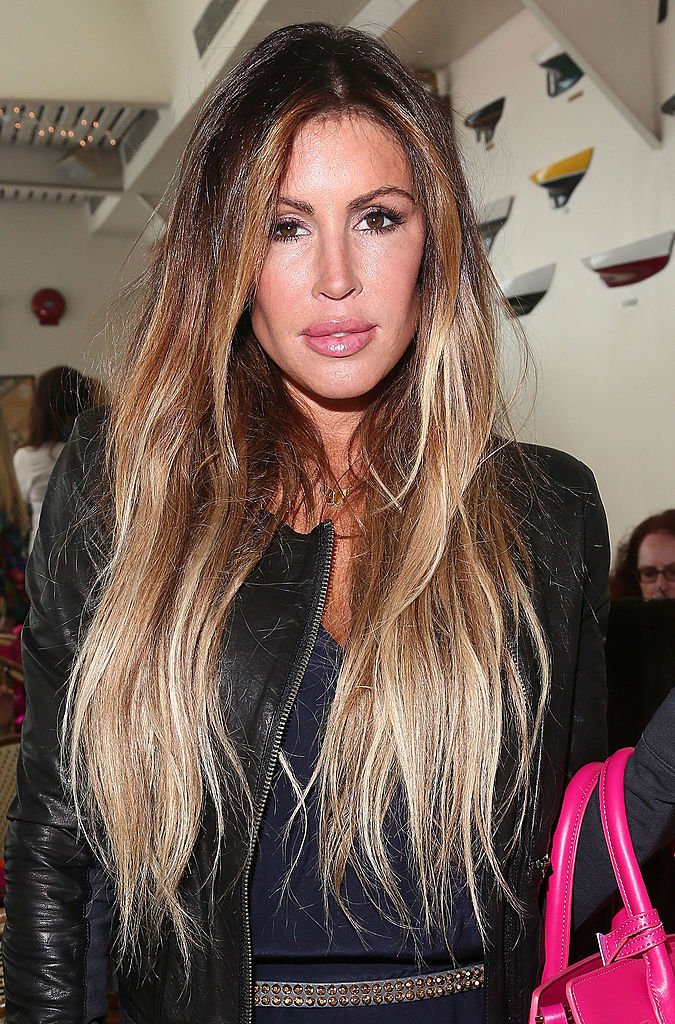 Tiger Woods' ex is moving on. Rachel Uchitel, who is quite controversial for her affair with Tiger Woods, is ready to say goodbye to her quite sordid past with the sports star and start her a stellar career of her own.

According to Tiger Woods' 'ex-mistress' (as many news outlets have labeled her), she has a funny habit of getting the urge to learn something and actually become quite great at  it.

At 45, she said she suddenly has the urge to study and take the LSAT, even though she is not sure if she will eventually study law if she indeed passes, as reported by Page Six.

"I started studying for the LSATs and I might like take my LSATs and just see if I can pass them for fun," she shared.

Rachel Uchitel, who participated in HBO's new "Tiger" documentary about the golfer, said she "doesn't know" if she will end up applying to law school if she indeed takes on the challenge of acing the admissions test, or even the type of law she would potentially practice in the future, but revealed she has a penchant for criminal law.

This is hardly the first post-graduate degree she entertained. She already has a masters, and quite a related one to the law degree she is eyeing.

"I have my degree of masters in forensic investigation, which I got after I did 'Celebrity Rehab" [in 2010]," she said. "So I'm really into that kind of forensics thing and criminal justice kind of stuff," she added.

The quite outspoken star and an avid fan of "Scandal" apparently, said she can envision herself doing what the character Olivia Pope did on the show.

"I can't handle little things, but, like, I can handle, like, a big emergency. I'm great at emergencies. I'm great at crisis. That's what I should be doing, like Olivia Pope stuff, that would be - I would be fantastic at that," she explained.

She also shared that she knows how she is being perceived by the world, especially since the new "Tiger" documentary is being constantly promoted. While she ignores the critics by studying for the LSAT, she shared it is her daughter, Wyatt Lily Hahn, 8, who is bearing the brunt of it all.

She shares the kid with her ex-husband Matt Hahn.

While Wyatt has not been asking her difficult and controversial questions about her past, the young kid already knows her mom is being prosecuted in public because of what she reads on social media and watches on television.

"She is on Instagram and Google and all of that all the time," Rachel said. "She is keenly aware of all of that stuff already, I think. She's never said anything to me negatively, but commercials have come on for the HBO documentary and she's actually seen them. So she's said, 'Oh, Mommy, there you are again.' And she's been on the street when paparazzi follow us and she just pulls her mask up and she spots on before I do."

Tiger Woods' ex added, " So she doesn't ask me any questions or she's never asked me a thing, but she's keenly aware of everything around her."

Rachel earlier on said she wanted to be on the documentary no matter how people look at her, because it is her chance to tell her story in the larger "infidelity" narrative.

"I wanted to tell my story on HBO because I wanted people to see what really happened," Uchitel told "Extra" before part one of "Tiger" aired on Sunday.

"I was not a mistress, and I was in a real relationship," she insisted, "and I want people to leave me alone about it."