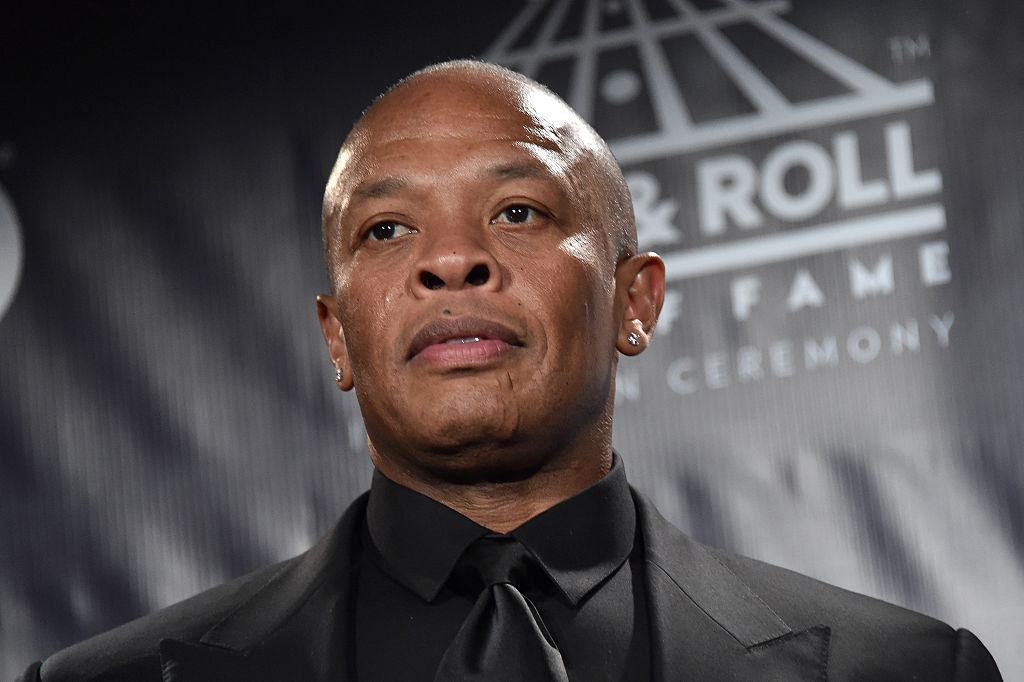 Dr. Dre isn't going to miss any more work days after being hospitalized for a brain aneurysm.

The 55-year-old rapper-turned-producer looked healthy in a snap posted by co-producer Focus.

The music mogul kept his ensemble casual with a simple black hoodie and black jeans, which is uncommon for him because he usually sports a clean-cut look.

Dr. Dre was also seen with a grey beard as he sat at the mixing console of the recording studio and some rappers and producers celebrating his return to good health.

Focus gushed in the caption, "My Big Bro is Super Good!!! We Working..." He also added the hashtag "#AFTERMATH," probably for the record label of the same name that was founded by the Beats creator.

Dr. Dre, whose real name is Andre Romelle Young, has gotten home safe "and looking good," according to entertainer Ice-T after FaceTIming him following his brain aneurysm.

Ice-T took to his Twitter to share an optimistic message to some of the hip-hop community's fans, letting them know that Dr. Dre was heading back to good health.

"Update: Just FaceTimed with @drdre. He just made it home. Safe and looking good."

The legendary producer was put in the intensive care unit at Los Angeles' Cedars-Sinai Medical Center.

TMZ reported on Friday that dad-of-seven would be getting 24/7 medical care at his mansion in the upcoming weeks to ensure that he is doing fine.

Ice-T, who starred in "Law & Order: SVU," has also been updating Dr. Dre's fans about his condition in the past week after being hospitalized. He even revealed in one of his tweets that he was "doing good, and hopefully he'll be home soon. But let's keep him in our prayers for a full recovery."

It is still unknown what caused the aneurysm, but insiders told the outlet that Dr. Dre's relatives were told that it's unlikely there will be a bad outcome for him.

Dr. Dre's divorce proceedings were ongoing amid his hospitalization.

He and his estranged wife, Nicole Young, have reportedly reached a temporary accord. People magazine reported that a California court has demanded that the artist pay Nicole $2 million.

According to court documents obtained by the publication, Dr. Dre, who has a net worth of $800 million in 2019, will be maintaining the "financial status quo," which includes his former wife's expenses "consistent with her spending since the date of separation."

This also includes paying for all of the costs that relate to their Palisades resident and Malibu residence.

READ MORE: 'Keeping Up with the Kardashian' Cast Caitlyn Jenner: Will She Appear on 'Sex and the City' Reboot?