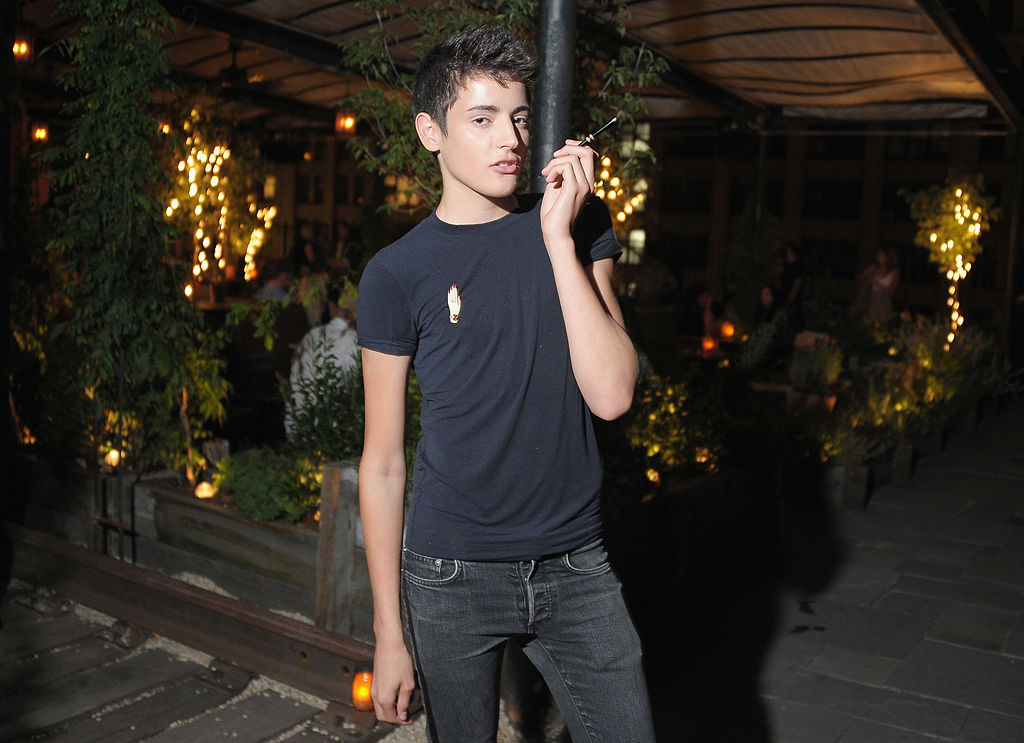 Fashion icon and billionaire heir Harry Brant has died at the age of 24.

In a family statement to New York Times, they said, "We will forever be saddened that his life was cut short by this devastating disease. He achieved a lot in his 24 years, but we will never get the chance to see how much more Harry could have done."

The statement further added, "Harry was not just our son. He was also a wonderful brother, loving grandson, favorite uncle, and a caring friend. He was a creative, loving, and powerful soul that brought light into so many people's hearts. He was truly a beautiful person inside and out."

Harry is survived by his high-profile businessman dad, Peter Brant, and supermodel mom, Stephanie Seymour, and his brother Peter and sister Lilly.

Harry Brant suffered an accidental prescription drug overdose after a history of addiction. His death came days just before he was supposed to re-enter rehab.

The Life of Harry Brant

Harry Brant is often seen with his older brother Peter Jr. at several fashion shows and red-carpet events. He was even present at the Met Gala when he was only 16 years old.

He and Peter were labeled New York's "most beautiful teenage brothers" by the New York Magazine.

During his teenage years, Harry dabbled in journalism and even wrote columns for Interview magazine, one of his dad's companies.

In May 2020, his final column for the publication was an interview with Marc Jacob about trashing the stigma attached to men wearing cosmetics.

Harry Brant also ventured into modeling for luxury designers such as Balmain. He also appeared on Italian Vogue and is the founder of a unisex makeup line for MAC Cosmetics alongside his brother.

During the launch of his line, Harry discussed how the pressure of being young inspired his unisex approach to fashion.

Speaking to W Magazine, he explained, "I think that once you leave high school, you realize that being normal is something that people want to shy away from, and the more true you are to yourself and the more individual you are, the more people are inherently attracted to you."

He was arrested for failing to pay a taxi fare and was even charged with theft.

Harry Brant was also arrested for interfering with an officer and for drug possession.

Just before his death, his parents reportedly hoped that he would be able to let go of his substance addiction and return to work for Interview magazine to continue his career in publishing.

READ MORE: 'Bridgerton' Cast Furious and Horrified After Intimate Scenes Made it to Obscene Websites