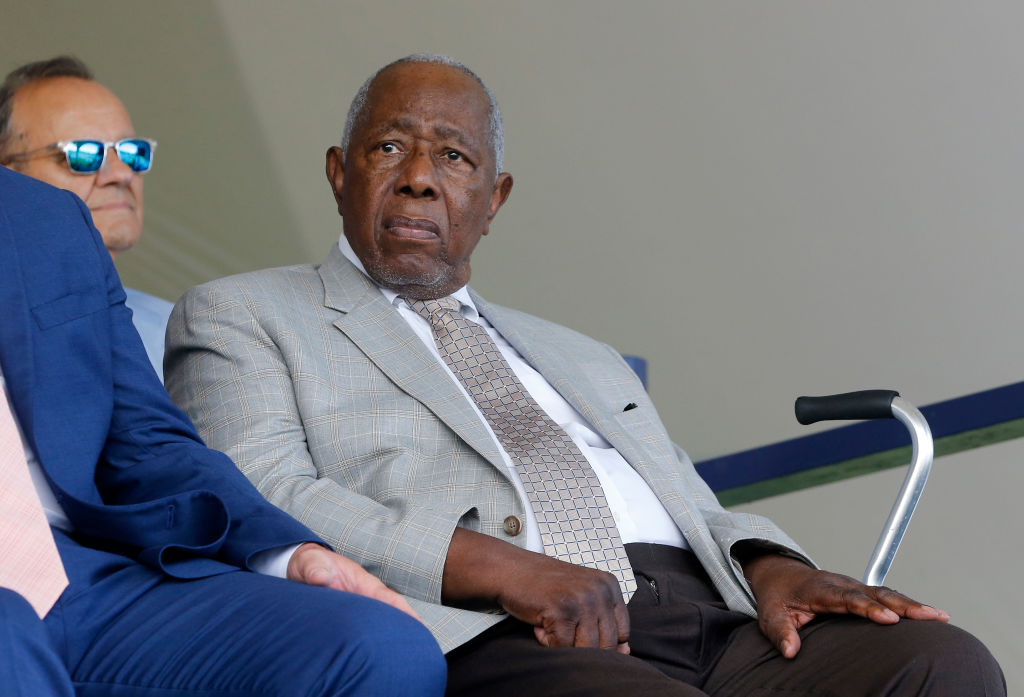 A few days after celebrating, Barack Obama is mourning the passing of 25-time All-Star, MVP, and three-time Gold Glove awardee Hank Aaron, whom he called "one of the best baseball players we've ever seen."

In a lengthy statement to Kelly O' Donnell, the former POTUS described the MLB superstar's "kindness, generosity, and grace."

While Hank Aaron is "humble and hardworking," it wasn't until he beat Babe Ruth's home run record when his popularity started to increase.

Despite receiving death threats and racist letters, Barack wrote how Hank would re-read those letters to prompt himself "not to be surprised or hurt." It changed Hank, but it only made him play even harder.

After breaking the home run record and retiring, he immediately became one of the first Black Americans to be in a senior management position in the MLB. He also earned the nickname "Hammerin' Hank."

Obama not only celebrated Hank's baseball career but also mentioned his efforts as a civil rights leader.

He then signed off on his statement that he will be praying for Aaron's family "and everyone who was inspired by this unassuming man and his towering example."

The legendary slugger and Baseball Hall of Famer passed away at the age of 86, as announced by the Atlanta Braves on Friday morning.

No further details have been revealed. But early this month, Hank received his COVID-19 vaccine and even called on Black Americans to get their vaccines once it became readily available to them.

In a statement to The Associated Press, Hank said, "I don't have any qualms about it at all, you know. I feel quite proud of myself for doing something like this. It's just a small thing that can help zillions of people in this country."

As previously mentioned, Aaron--throughout his life--had received racist death threats. However, despite the struggles, he was able to beat Babe Ruth's all-time home run record on April 8, 1974.

Hank's career high was 47 home runs in 1971, but his consistency and longevity allowed him to hit over 750 home runs in his career.

Hank first tried out for the MLB at the age of 15 with the Brooklyn Dodgers but didn't make it. He later tried once more for the Indianapolis Clowns at the age of 17, starting his Minor League career for the organization.

Hank Aaron signed with the Boston Braves over the New York Giants seven months later because the former team offered him $50 more monthly.

The Braves later moved to Atlanta in time for the 1966 season, and within two years, he was recording milestones in Georgia.

He was inducted into the National Baseball Hall of Fame in 1982 and received the Presidential Medal of Freedom by 2022.

Since his retirement, Hank held several positions in the Braves' office.