"Godzilla vs. Kong" continues to stir people's imagination, so much so that new theories about Mechagodzilla as King Kong's real enemy surfaced.

The official "Godzilla vs. Kong" trailer hyped the franchise's long-time fans even more upon its release on Sunday. Although the teaser focused on the battles between the two titans, there have been talks that King Kong actually has a different enemy.

In the trailer, several familiar and new characters in the MonsterVerse are caught on the camera.

But among all the scenes, the one--which seems to have shown Mechagodzilla--grabbed people's attention.

Where Is Mechagodzilla in The "Godzilla vs. Kong"?

The beginning of the two-minute trailer featured a scene of humans running from mass destruction.

That same part showed that a specific titan is responsible for the attack.

At first, it appears to be Godzilla. However, the red light from its underside sparked theories that it could be Mechagodzilla instead of the real king of the monsters.

Even if it can be confirmed that it is the real Godzilla, another part of the trailer gave a hint about Mechagodzilla's existence.

In one of its scenes, a monitor showed the designs for a mechanical Godzilla replica (1:42 mark of the trailer). 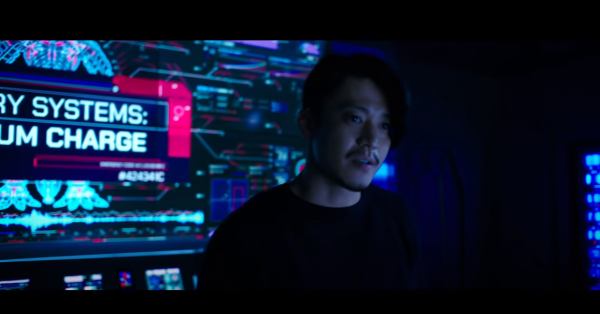 The giant mechanical version of Godzilla first appeared in the 1974 flick "Godzilla vs. Mechagodzilla."

Although it was originally shown as an alien creature, the upcoming flick could have made it a human-made weapon.

The question will be answered soon, as the "Godzilla vs. Kong" release date is finally set in March 2021.

The film will be available for viewing simultaneously in cinemas and HBO Max.

"Godzilla vs. Kong" Other Villains

Apart from Mechagodzilla, other Titans in the MonsterVerse also appeared in the trailer.

Nozuki, a snake creature, battled against Kong in the middle of the jungle. It remains unknown whether the scene could only be a flashback or not, but it is worth noting that the winged serpent monster appeared in "Godzilla: King of the Monsters."

The new creature's appearance seems to be similar to Nozuki, but Warbat's wings are red.

Aside from their battle in the Hollow Earth, it also faced King Kong in an unknown location.