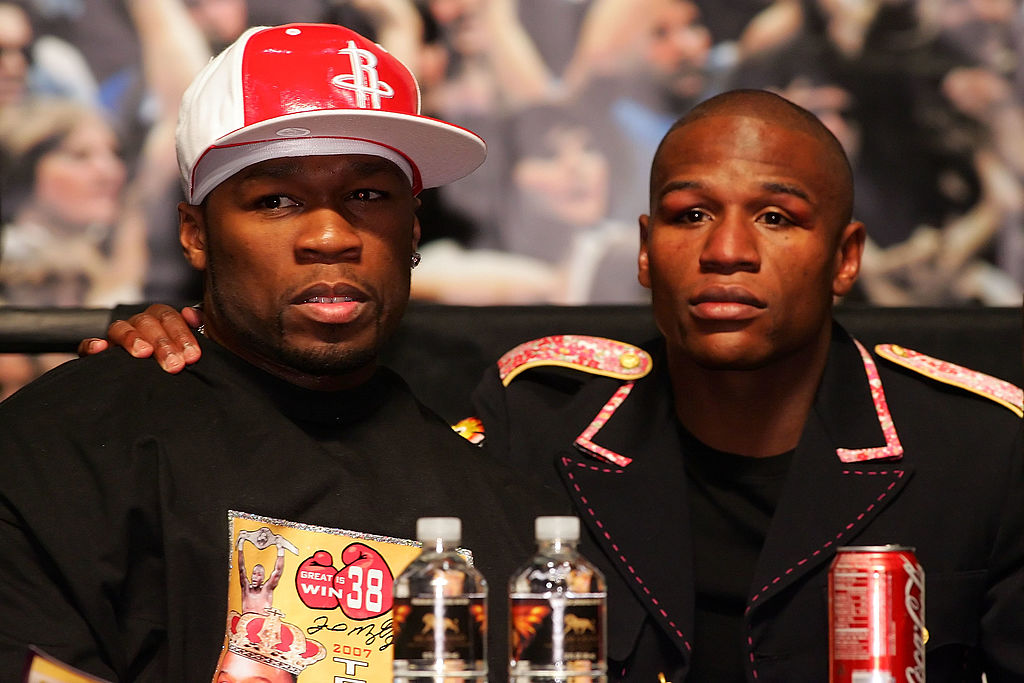 Floyd Mayweather is ready to fight whoever dares him.

Now, the boxing legend has responded to rapper 50 Cent, who earlier said that he wants a crack at Floyd. However, Mayweather emphasized he needs to get in line, all while warning him that he will beat him when they fight.

In an Instagram post, Mayweather wrote, "I also heard that 50 Cent would fight me but claims I'm too small. ... "If he wants to lace up at the end of the year, we can do an exhibition then."

The undefeated boxing champion, however, said that he will only fight the hip-hop star in a "winner takes all" showdown.

Last week, the "In da Club" hitmaker went on "The Morning Culture" and expressed his hopes to fight against one of the best boxers in the world to end their long-standing feud.

For what it's worth, the music mogul expressed his concern that they're not in the same weight.

At this point, it's still unclear as to whether Floyd Mayweather or 50 Cent would do everything they can to make the boxing match happen.

As per Hot New Hip Hop, a gambler would probably make more money betting against it ever happening instead of who the fight's winner will be.

But one thing is sure: if ever this match does push through, it will go down in epic proportions--with years of pent up hate coming to a head inside the boxing ring.

News of their reported match comes after the postponed Floyd Mayweather vs. Logan Paul event that was supposed to happen on February 20.

Jake Paul's brother expressed that he will beat Floyd in their match.

Up to this day, it is difficult to point out what the lowest point of their bizarre beef is with each other.

Maybe it was when Mayweather claimed the "21 Questions" artist had herpes, or when the rapper--whose real name is Curtis Jackson--challenged him to read a page of "Harry Potter.

However, they were both close friends before the feud ever existed.

Last year though, Mayweather opened up about the real truth about their falling out, which he claimed was because he wouldn't give 50 Cent half of his company.

Speaking to the Champside Podcast, the retired boxer elaborated, "You can't hang out with me every day for years then all of a sudden if I don't give you half of my company you're like 'you're dumb, you're stupid, you can't do this and you can't do that.'"