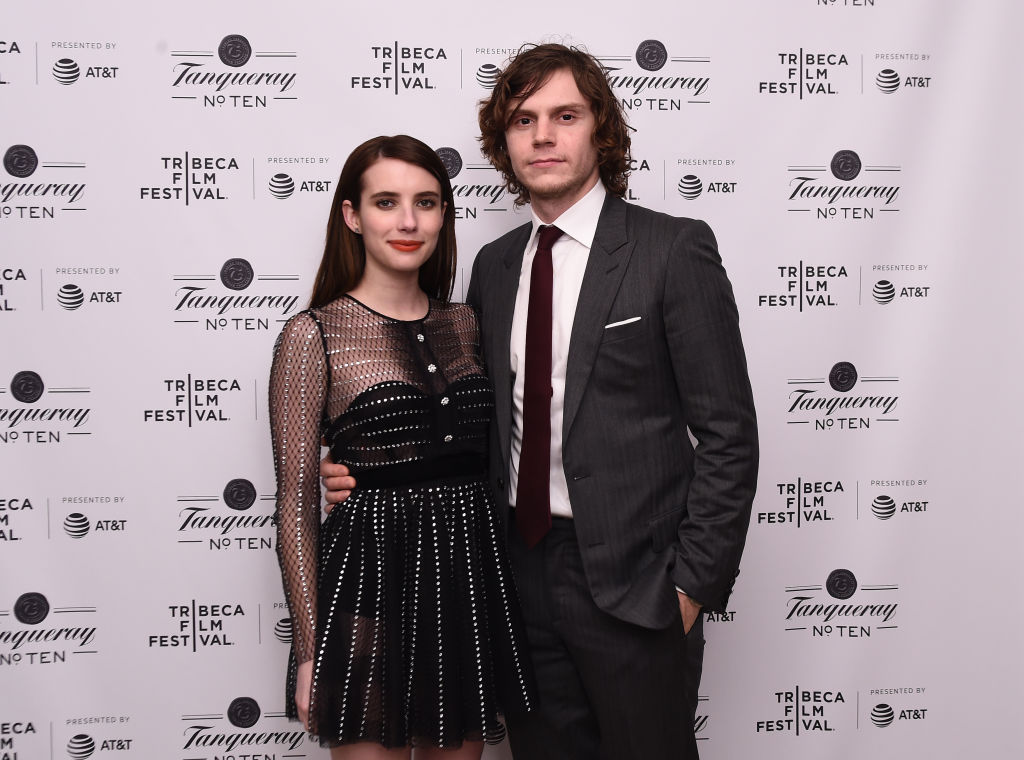 Emma Roberts and Evan Peters first met on the set of their movie "Adult World." They started dating in 2012 and broke up after seven years of being together.

Though they are one of the most good-looking couples in Hollywood, they had a very complicated love story.

The pair had several ups and downs, including a couple of breakups and scandals.

At the time they met, both Hollywood stars were still dating other people. Evan was seeing Alexia Quinn while Emma was with Chord Overstreet.

Multiple sources revealed that Chord wasn't stable and that he and Emma had difficulties during their relationship.

A year after they officially started dating, the "Holidate" actress was arrested for domestic abuse charges after she and her beau had a "heated argument."

According to several reports, the "X-Men: Apocalypse" actor suffered from a bleeding nose.

Evan Peters' then girlfriend was later released after she was questioned at the police station. Later on, Emma Roberts and her then  boyfriend tried to get over it together.

Five months after her domestic violence arrest, Peters asked his girlfriend for her hand in marriage.

The former Nickelodeon child star was spotted wearing a pink-and-gold diamond ring over the holiday and even wore it at the Golden Globes and the "American Horror Story" party.

Unfortunately, their engagement didn't end because they got married. It ended because Roberts and the "WandaVision" star broke up.

They called it off because of their reported constant arguing. However, they reconciled a few months later.

Nine months after getting back together, they once again called it quits.

When she and Evan split for less than a month, Emma Roberts was spotted with a new boyfriend. She was reportedly dating actor Christopher Hines.

Peters was also quick to delete all of his photos with his then-girlfriend from his Instagram shortly after they broke up.

A few months later, they reconciled again--and it seemed like they were engaged for the second time.

However, famous couple Rachel Bilson and Hayden Christensen have reportedly split after 10 years of dating, and as per several reports, Emma Roberts was the cause.

The "Wild Child" actress has allegedly gotten close to the actor on their movie "Little Italy," and later, the pair exchanged inappropriate texts between them.

For what it's worth, Emma Roberts and Evan Peters were going strong at the time.

In March 2019, the pair called off their engagement once more, and the "Scream Queens" star moved on with actor Garrett Hedlund.

An insider revealed to Us Weekly that their breakup "wasn't a bad breakup" and that they are "now just friends."

Emma and Garrett welcomed a baby together in 2020, while Peters dated Halsey in 2019.