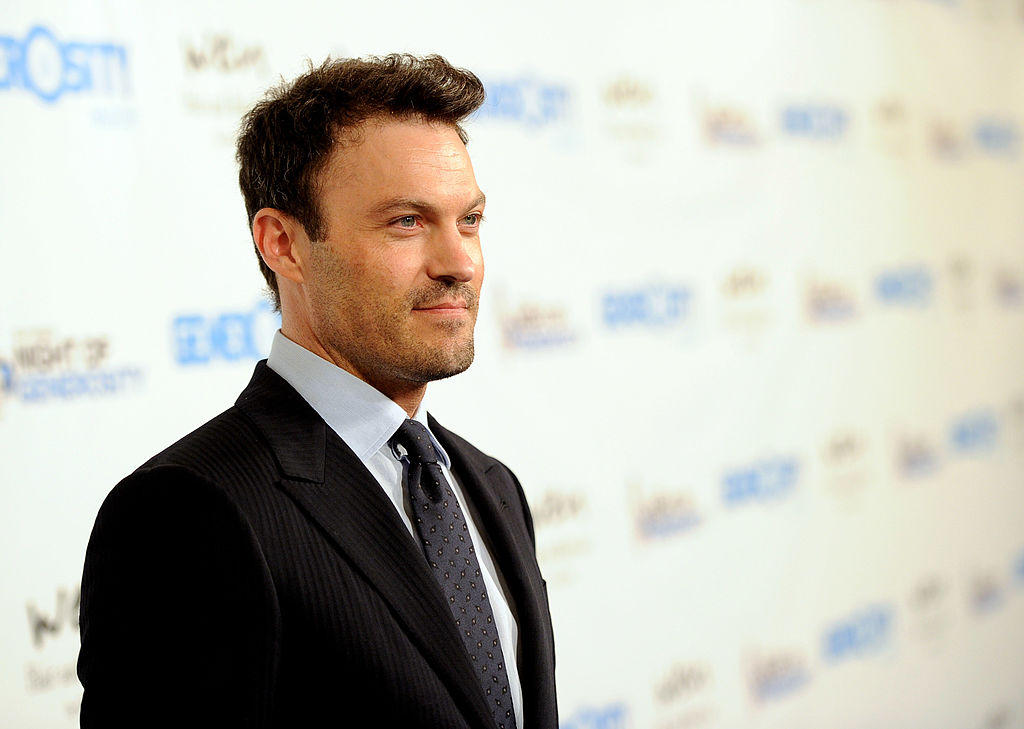 On Feb. 14, the most romantic day of the year, Brian Austin Green celebrated love with his new girlfriend.

On Instagram, Green and Sharna Burgess shared a couple of details about their new romance, gushing about their unique connection.

The 47-year-old "Beverly Hills: 90210" star didn't fail to mention that he had a very "weird year," but he is thankful that he's having a memorable Valentine's Day.

He also described Sharna in the video as "amazing, considerate, loving, and kind."

"I kind of feel like when you put yourself in a space where you on some level decide that you're gonna surround yourself with people that help you move forward on a path instead of pulling you back, that they do that," Green said, per Us Weekly.

After his high-profile split with Hollywood actress Megan Fox, he credited the "Dancing With the Stars" professional for leading him in a new direction.

"Sharna's been amazing in my life, not only for that reason, but that's been a big thing for me," Green added. He also said of their relationship, "This could be the start of something amazing."

Sharna Burgess also had great things to say about her new beau. In the clip, she revealed how their relationship completely took her by surprise because he was a unique man.

The 35-year-old Aussie native praised the actor for not only being a good human but also for being an amazing father.

She witnessed what kind of father Brian Austin Green was when they went on a trip to Big Bear, California, along with the three kids he shares with Megan--who is currently dating Machine Gun Kelly.

The pair talked about their fun trip details, even sharing entertaining stories that also serve as warning tales.

During their trip, Green revealed he made liquor-store ground beef and steaks "that were about paper at the point they were done."

They were supposed to enjoy their meals at a restaurant, but the place wasn't taking reservations, so they decided to take matters into their own hands and start grilling.

In the end, the kids were reportedly content with their little adventure.

"They had mac and cheese and fish sticks. We had some fried rice with chicken from the night before and liquor store steaks," Green added.

On Jan. 11, Brian Austin Green and Sharna Burgess confirmed their relationship by posting a PDA picture.

She captioned the photo, "HIM" alongside a lips emoji.

They were first spotted jetting off to Hawaii on Christmas Day for a vacation.

On February 14, the most romantic day of the year, Brian Austin Green celebrated love with his new girlfriend, Sharna Burgess. ( Kevin Winter/Getty Images)