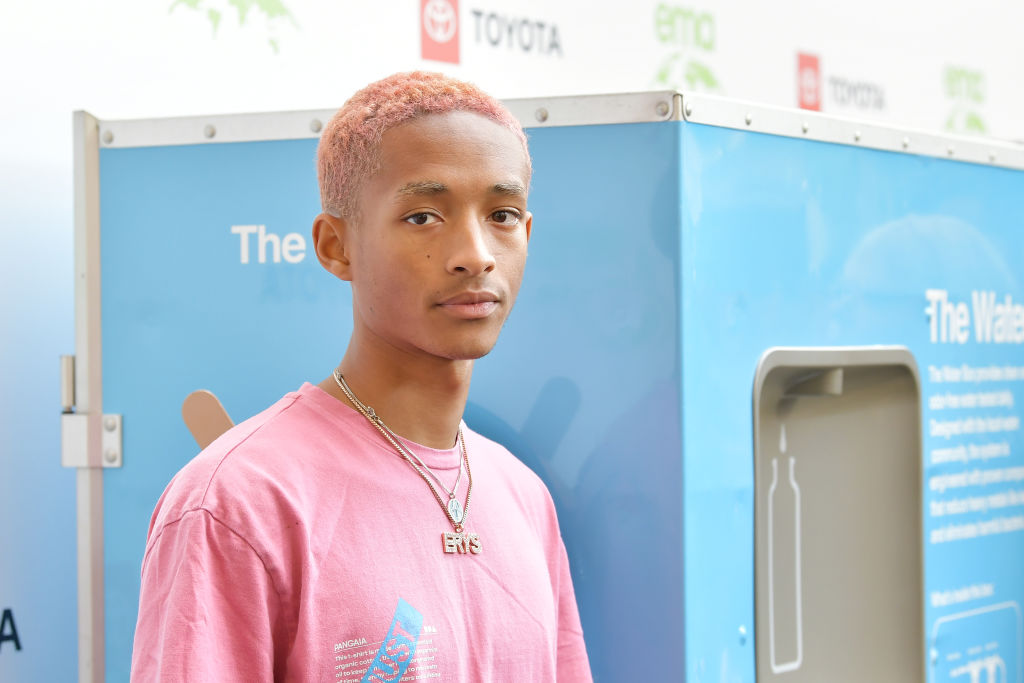 Is Jaden Smith and Cara Delevingne the newest Hollywood couple?

The pair raised some eyebrows on Valentine's Day when they were pictured kissing as they spent the holiday together.

In pictures published by Hollywood Life, the rapper hugged the model-turned-actress before giving her a bouquet of red roses. Then, they later shared a kiss.

Cara Delevingne took her friendship with Jaden Smith who gave Cara a huge bouquet consisting of two or three dozen red roses to another level by publicly kissing him in West Hollywood on Valentine's Day pic.twitter.com/6E8iPfDYng

Their romantic outing came after starring in their movie, "Life In A Year," where a 17-year-old Daryn (Smith) finds out that his girlfriend (Delevingne) is dying of cancer.

Their shared kiss on Feb. 14 is the first indication that there's something more going on between them.

Their friendship dates back to 2015 when they were pictured attending an after-party for Delevingne's movie, "Paper Towns."

"So Jaden and Cara... OH, WHAT IS THIS?" another Twitter user questioned.

Another asked, "No shade but is Cara Jaden's beard and is Jaden Cara's beard?" referring to their sexuality.

It's unclear right now if there's really something romantic going on between Jaden Smith and Cara Delevingne.

However, given their possible new romance, we take a look at some of the women that were linked to Will Smith's son in the past.

In May 2010, Jaden Smith dated Madison Pettis until their breakup in August 2011.

Lionel Richie's daughter Sofia and Jaden reportedly dated for about three months in 2012 to 2013.

In 2020, they were spotted having a flirty time at the beach, but Jaden denied that something romantic was going on between them.

He told Ryan Seacrest, "Me and Sofia have been friends for like ten years. We've been going to the beach pretty consistently for ten years too."

They were spotted attending Justin Bieber's concert in London. At the time, an Us Weekly source confirmed that they were dating after being friends forever. However, it only lasted for a few months.

Jaden and Sarah Snyder went public with their relationship in 2015. They have gained fame on social media after wearing matching outfits and sharing PDA pictures and videos on their accounts.

Jaden Smith continued to add intrigue to his life in November 2018 when he claimed Tyler the Creator was his boyfriend.

Odessa and Jaden were spotted kissing in Miami, Florida, in 2017. But by 2019, the rapper was spotted kissing a mystery woman in Coachella, indicating that he and the "Fam" actress had broken up.

Before his recent romance rumors with Cara Delevingne, Jaden Smith has been linked with several women and stars. (Amy Sussman/Getty Images)