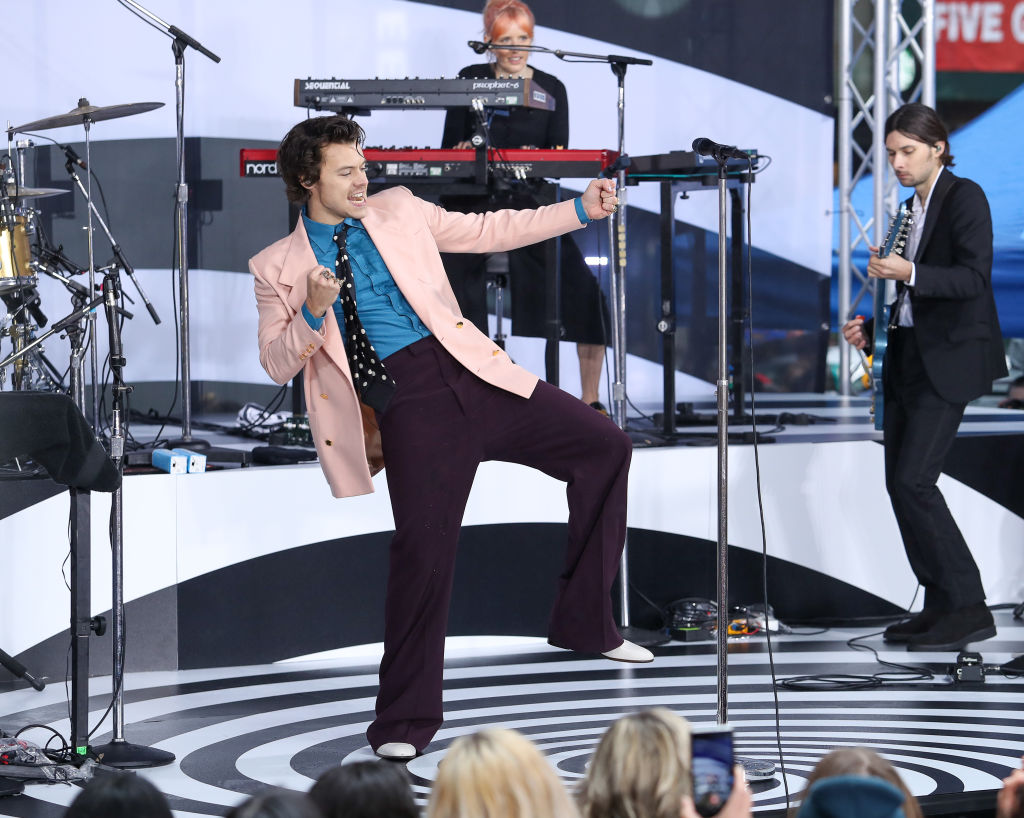 It looks like Olivia Wilde and Harry Styles are getting more serious with their relationship.

A few weeks after it was confirmed that they are dating, the actress-turned-director was spotted moving bags from her old home to the pop star's Hollywood Hills mansion.

According to Page Six, Wilde was moving several suitcases from the home she once shared with ex-fiancé Jason Sudeikis.

For what it's worth, it all happened on Valentine's Day.

Later that day, Harry Styles' girlfriend was spotted unloading the bags in the same place where they were also photographed in early February.

In January, several news outlets confirmed that Olivia Wilde and the former One Direction band member are dating after being spotted showing some serious PDA at his agent's wedding and while out with friends in Santa Barbara.

Another source told Page Six in January that the "Watermelon Sugar" hitmaker was the reason behind the actress' split from her boyfriend of 10 years.

The pair first met on the set of the upcoming movie "Don't Worry Darling," which Wilde directed and Styles starred in.

Over the weekend, the entire filmed was wrapped.

The new couple is not Instagram Official yet, but they came pretty close.

In a sweet social media post the "Booksmart" director penned, she praised Styles for his talent and warmth, and it's clear that she thinks the world of the "Lights Up" singer.

Speaking of his role in "Don't Worry Darling," Wilde wrote, "Not only did he relish the opportunity to allow for the brilliant @florencepugh to hold center stage as our 'Alice,' but he infused every scene with a nuanced sense of humanity."

She added of her boyfriend, "He didn't have to join our circus, but he jumped on board with humility and grace and blew us every day with talent, warmth, and ability to drive backward."

Styles joined the cast of the upcoming film after Olivia fired Shia LeBeouf from the role in September.

According to Hollywood Life, Styles is reportedly very proud to be with Wilde, especially after working together on the set.

An insider told the outlet that they are together all the time, the moment the sun rises and sets, but the singer doesn't mind at all.

"Harry's very into her. He's proud to be with her and not just because she's so stunning," the source added.

Since being first spotted, the new couple has not commented on their relationship.

Another source told the outlet that the "Dunkirk" actor wants their relationship to be just the two because he doesn't want Olivia's ex to feel bad or threatened by him.

It looks like Olivia Wilde and Harry Styles are getting more serious with their relationship. ( Arturo Holmes/Getty Images)