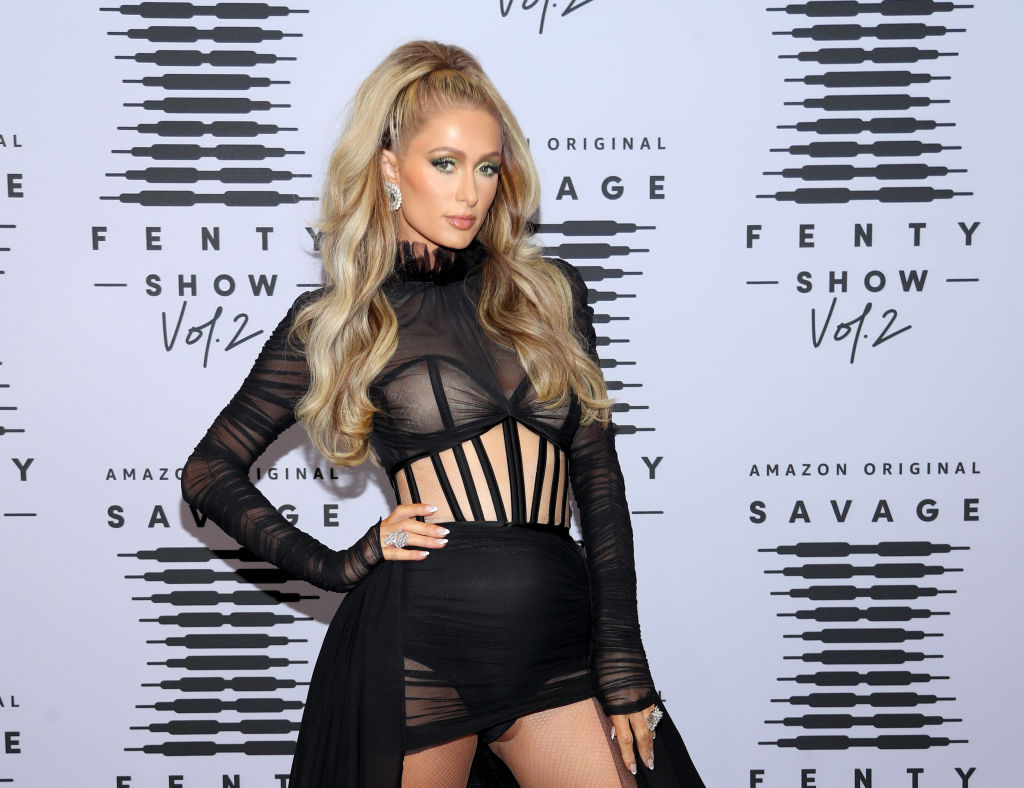 Paris Hilton is becoming a wife. Her boyfriend Carter Reum popped the question on Valentine's weekend after a year of dating.

She captioned the extremely happy engagement photos with: "When you find your soulmate, you don't just know it. You feel it."

Hilton revealed that Reum arranged a "special trip to paradise" on her birthday and detailed how he proposed.

"As we walked to dinner along the beach, Carter led us to a cabana adorned with flowers and dropped to one knee," Paris shared. "I said yes, yes to forever. There's no one I'd rather spend forever with."

The former reality star donned a white Retrofete dress topped with a Loschy crown on her head in the engagement photos, while Carter wore an all-white suit.

As soon as Paris said yes, they enjoyed an intimate celebration with their family, including her sister Nicky Hilton and Carter's brother, Courtney Reum.

A source told People magazine that the DJ is "so excited" for the new chapter of her life, and her friends and family are thrilled for her.

Speaking of Hilton's fiancee, the source said that he is a "great guy" and "the stable kind of love he brings to her life is what she deserves."

But before moving forward with Hilton's engagement, we take a look back at some men she dated over the past couple of years that some fans probably forgot about.

"The Simple Life" star began dating the HBO actor in 2017. Chris proposed to Paris in January 2018 during a trip to Aspen, and the businesswoman gushed over their relationship.

However, by November 2018, Us Weekly confirmed they called off their engagement.

Paris Hilton and the Ibiza-born model couldn't stop packing the PDA during their two-year relationship. The pair broke up in July 2014.

"The Hills" alum and the reality star dated for more than one year in 2010, but one week after their break up, Paris Hilton revealed, "I am like so past that. I don't even remember that time in my life. I am over it."

Who could also forget about her dating Benji Madden when her former BFF Nicole Ritchie also dated and married Joel Madden?

In his 2013 autobiography, he wrote that the 40-year-old is the "worst person in the world to hook up with."

Before moving forward with Paris Hilton's engagement, we take a look back at some men she dated over the past couple of years that some fans probably forgot about. (Jerritt Clark/Getty Images for Savage X Fenty Show Vol. 2 Presented by Amazon Prime Video)