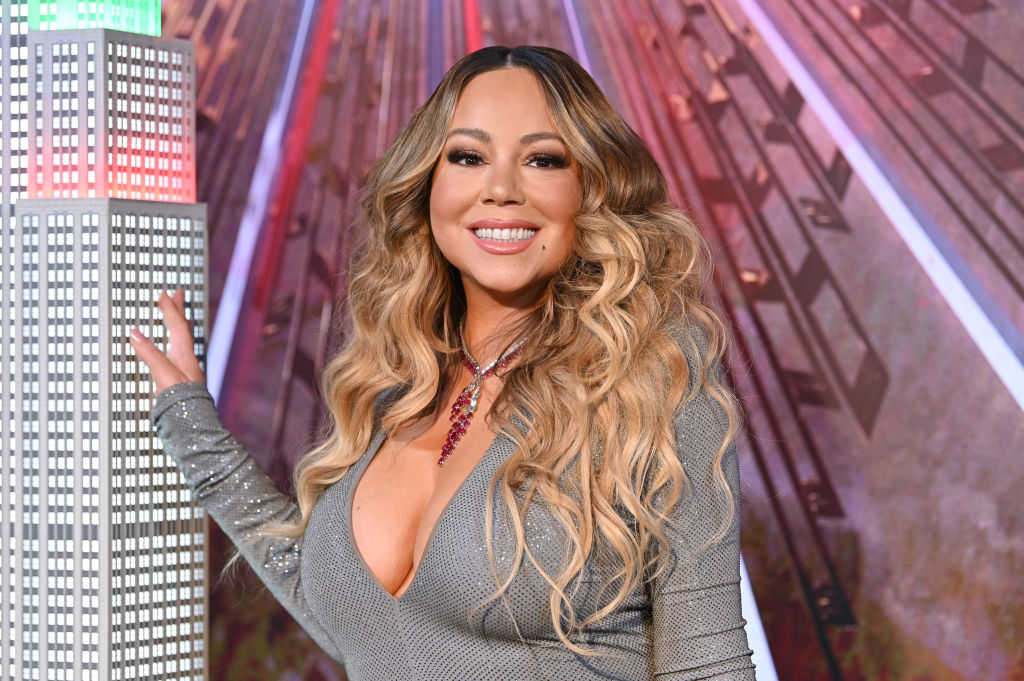 San Antonio Spurs youngster Keldon Johnson is a big Mariah Carey fan, and he might have just seen his dream come true after the singer endorsed her for the All-Star Game.

On Feb. 14, the Spurs took to Twitter to harmoniously sing Mariah Carey's hit song, "We Belong Together," in their "Finish the Lyric" game.

Of course, the Valentine's Day-vibe video caught the attention of "the diva of all divas."

Everybody knows she's also a very tough person to impress. But like many others on Twitter, the Grammy-winning singer seemed to enjoy the segment.

Mariah quote-tweeted the video and said, "Awww baby baby we belong together!!!"

During home games, the Spurs usually feature fun videos for fans to enjoy during halftime and timeouts. "Finish the Lyric" is a crowd favorite, making its way on their official social media account for years.

Patty Mills noted in the video that the song has "Keldon Johnson written all over it."

Keldon, who is a self-confessed Carey addict, immediately became the highlight of the video, which later earned him an endorsement from Mariah herself.

According to Johnson, they listen to "We Belong Together" every day.

However, as soon as he heard the name "Mariah Carey" in an interview, Johnson immediately lighted up.

He revealed that it's not just a Valentine's Day post, as he's a massive fan of Mariah and is someone who listens to her songs consistently.

"That's every day. I promise I listen to the song every day," he said.

When asked how cool it was that his idol listened and watched their video, Keldon responded, "When they sent it to me, I was, 'That's crazy.' Because she's my favorite artist!"

The interview happened right after they won on Sunday against the Charlotte Hornets, when Keldon had 18 points and eight rebounds.

Now, the team and fans will find more ways to get Mariah give him a shoutout more often.

Despite the "All I Want for Christmas" hitmaker's endorsement, it's going to be hard for the Spurs forward to make it to the All-Star game with all talented players in the Western Conference.

Keldon Johnson still needs a bit more than Mariah Carey's name to lobby for him to have a chance of making it to the All-Star Game.

Being on his second year in the NBA, the Kentucky native averages 14.5 points, 7.0 rebounds and 2.3 assists per contest.

© 2021 ENSTARS, All rights reserved. Do not reproduce without permission.
TAGSMariah Carey NBA Spurs Keldon Johnson All I Want For Christmas Is You We Belong Together
SEE COMMENT
CLOSE COMMENT

San Antonio Spurs youngster Keldon Johnson is a big Mariah Carey fan, and he might have just seen his dream come true after the singer endorsed her for the All-Star Game. (Dia Dipasupil/Getty Images)